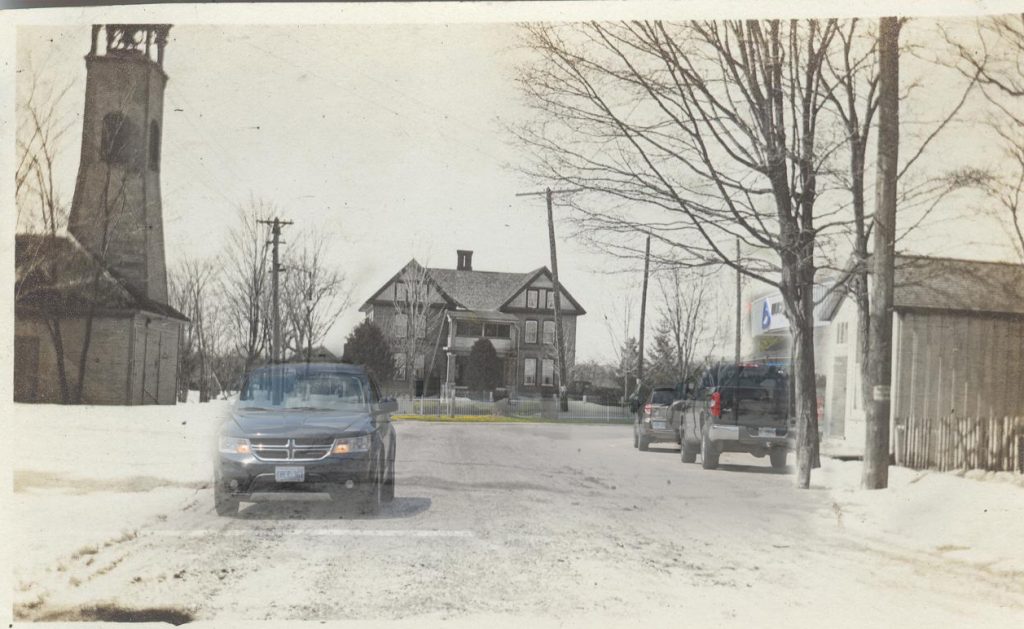 Early urban landscapes were rough hewn: Homes and shops were scattered amongst standing trees and stumps. Main streets were mud until MacAdam gravel roads became common in the twentieth century. Most early villages were simply mills, a tavern (doubled as inn), a blacksmith and a store. 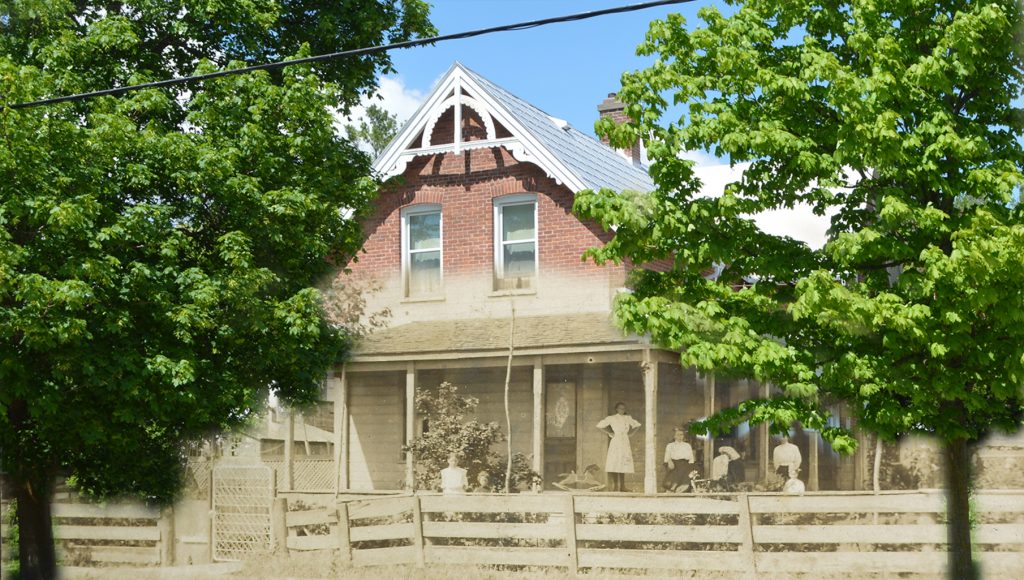 For the second generation, villages offered a variety of shops and services. Though they required continual repair, wooden sidewalks were a great advance over muddy paths. Street lights and the telegraph also became the norm by the end of the nineteenth century. 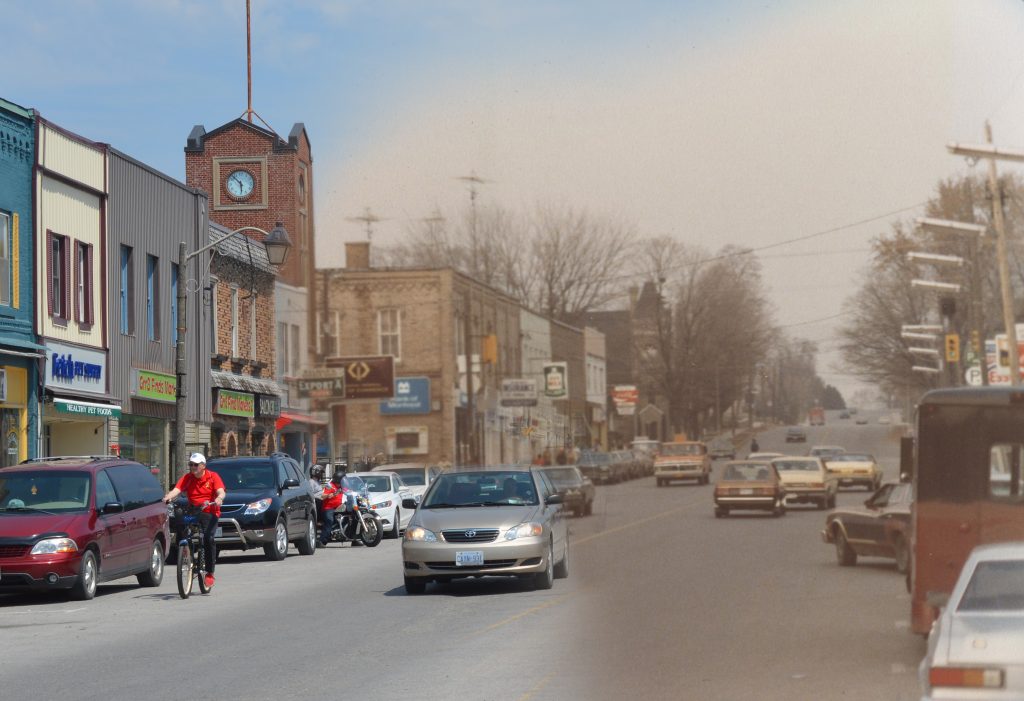 The first generation of urban buildings were extremely flammable. Being almost entirely wooden with wood heat and oil lanterns, fires were a terrifyingly common occurrence. If one building ignited, the bucket brigades struggled to stop the fire from spreading, as sparks rained down on cedar-shingled buildings. In the late nineteenth century villages acquired steam fire engines, which helped protect downtowns, but were not portable. Fires could raze whole blocks or even whole towns. At one of the last infernos in Kinmount (1942), Fenelon Falls dispatched its new fire truck to help, but it burnt on the shore of the Burnt River while filling up. With the advent of fire departments, brick masonry, and inflammable roofing, the great fires ceased.