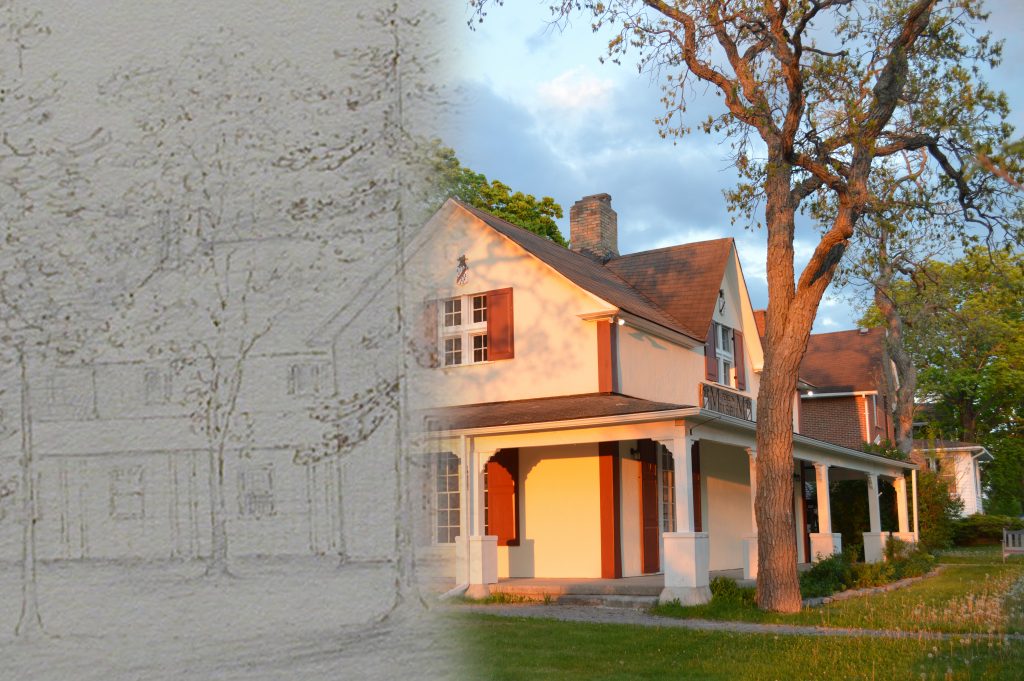 Fenelon Falls began as the settlement of James Wallis and Robert Jameson. It centred on their mills and Wallis’ Maryboro Lodge estate. Wallis fancied himself a British gentleman, though he lacked the means to accompany this status back home. He chose the distinctive oak parkland at the mouth of the Fenelon River on Cameron Lake to build his estate. The rough-cast square timber home stood proudly amongst the village’s shanties. When he subdivided his land into the village, he retained an oversize lot, plus the riverfront down to his mills as part of his estate.

Wallis hoped to make his fortune through land speculation. In a colony where land was more plentiful than farm families, his ventures were not profitable. After he started a new life as a Peterborough steamboat captain, an agricultural community formed and businesses emerged to serve it. 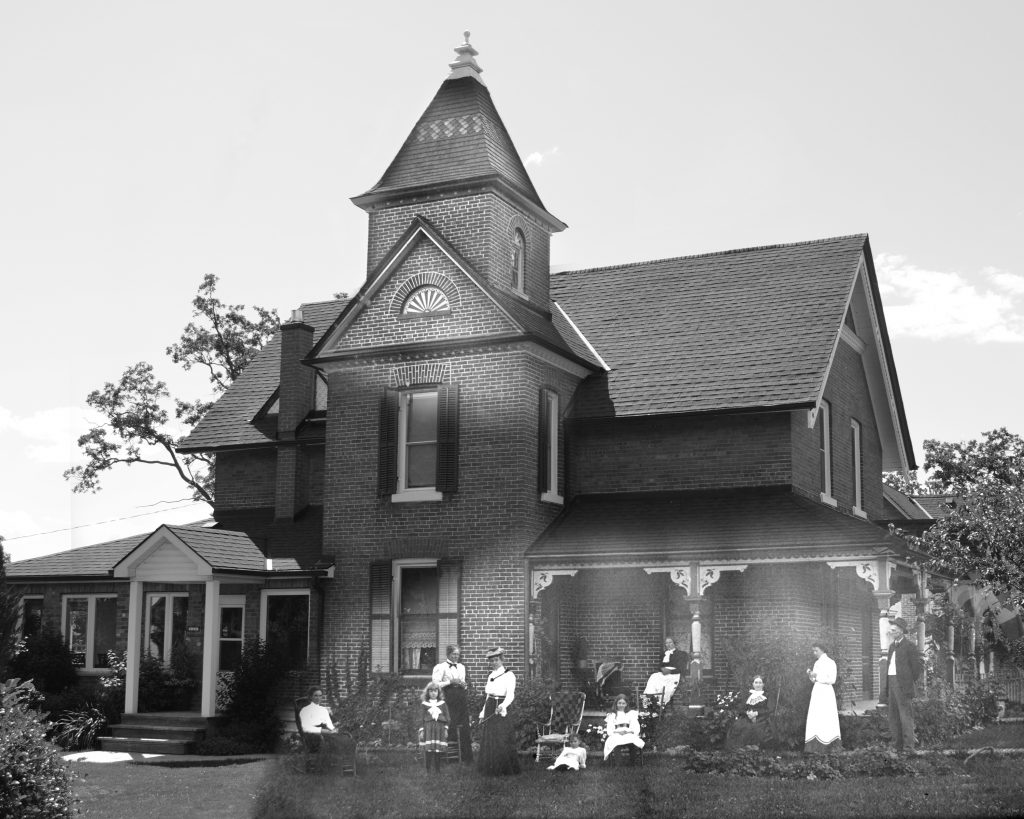 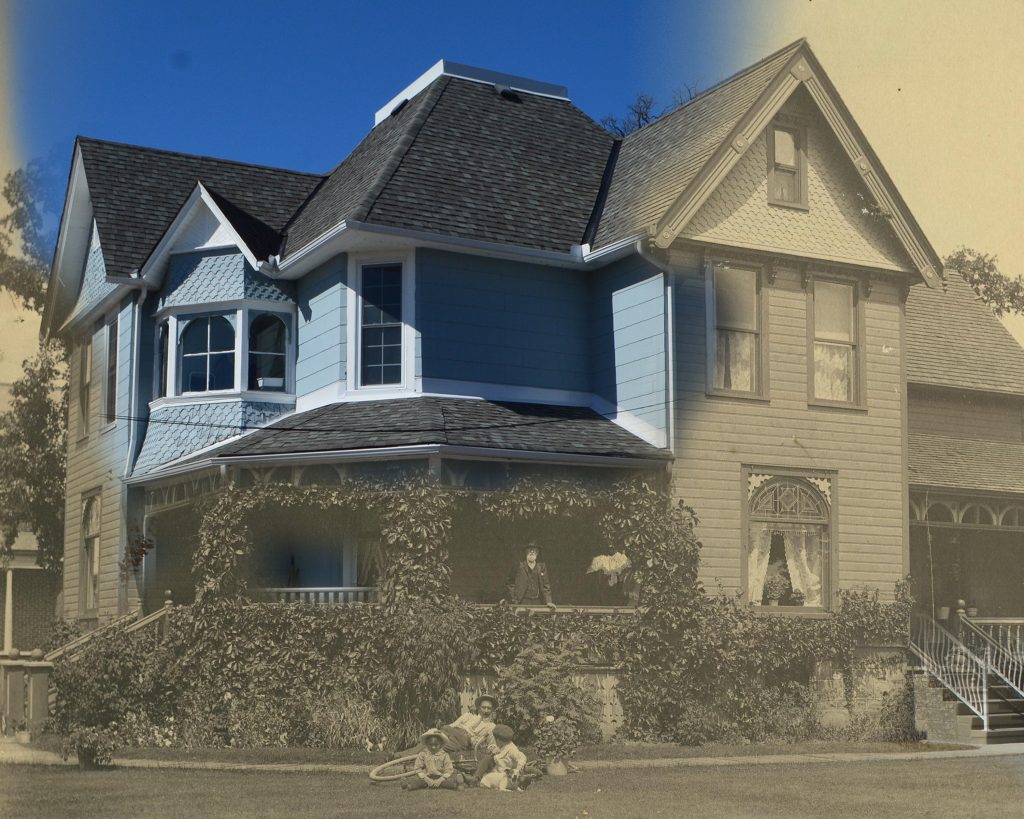 His estate was subdivided into building lots, and within a few years of the Fenelon Lock becoming functional in 1894, much of Oak Street was developed. The houses that were constructed were of a very similar architectural style, most being ‘L’-shaped story-and-a-half, brick veneered, with steep roof pitches, characteristic of late-Victorian Ontario with trim from Frank Sandford’s carriage factory. Oak Street became the neighbourhood of village merchants. 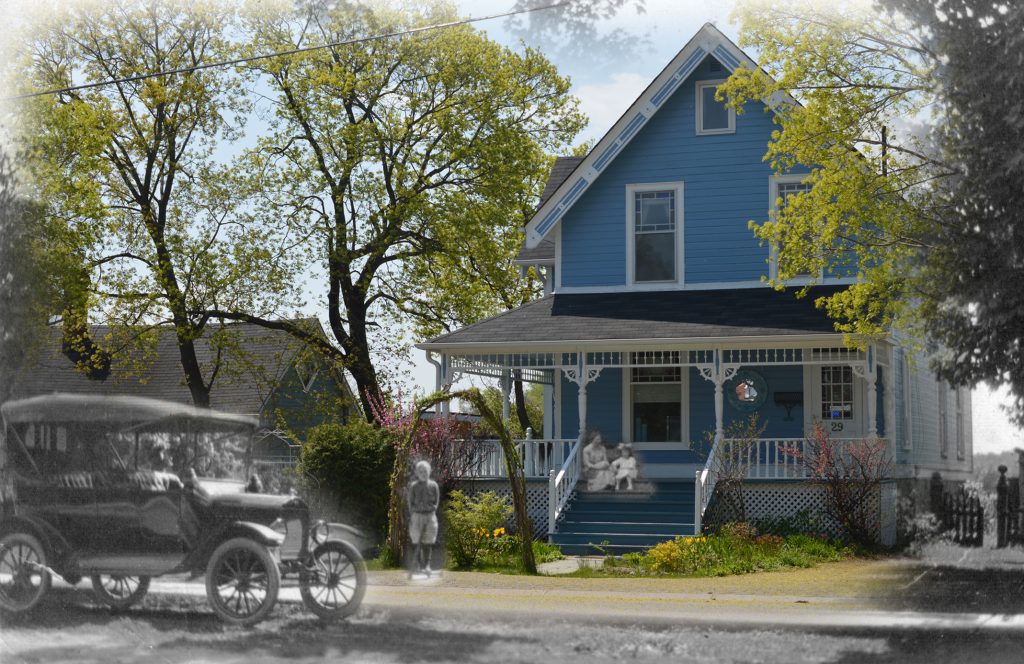 More than a century after its development, Oak Street retains its Victorian character, and stands out in the area as a beautiful and prosperous neighbourhood. In 2017, the City of Kawartha Lakes designated Oak Street a Heritage Conservation District.