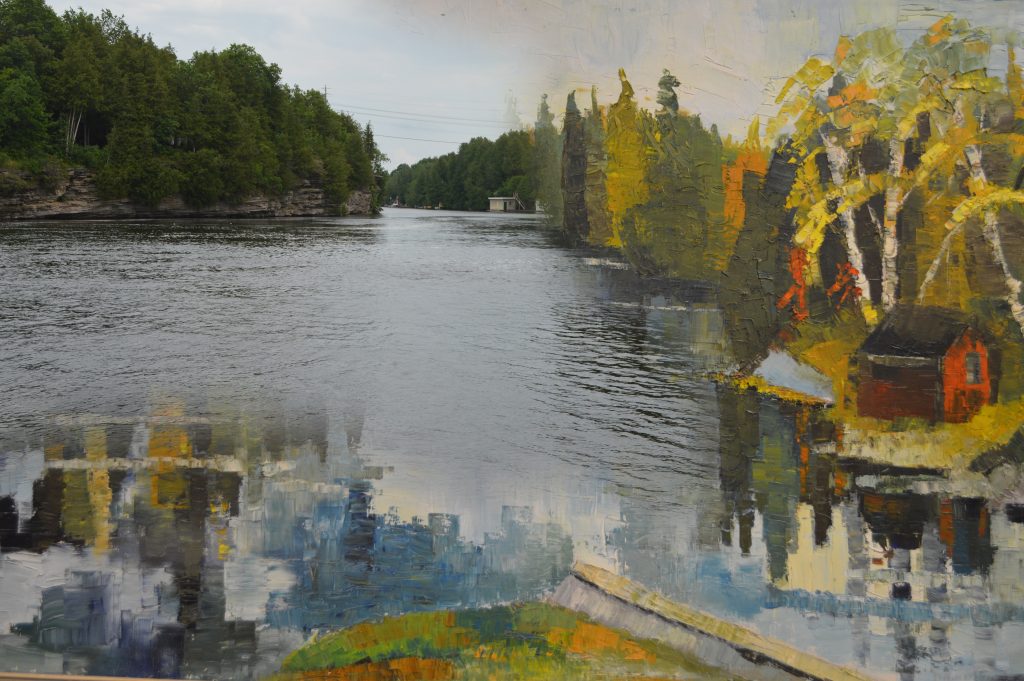 Fenelon Falls has always been a focal point of the Kawarthas. In the last ice age this sill controlled Glacial Lake Algonquin. The deluge of meltwaters carved the Fenelon Gorge and scoured lands bare, creating a unique ecosystem. 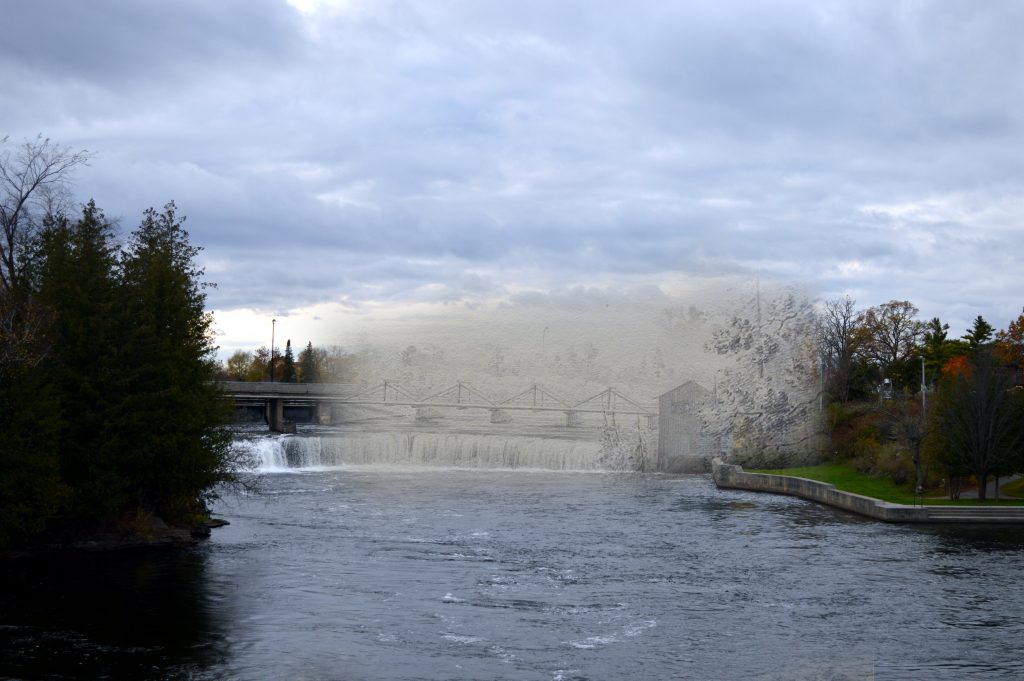 Unlike the surrounding forests, this site was open parkland, where scattered dwarf bur oaks slowly and tenaciously populated the limestone plain. The cliff faces support old, twisty cedars, never reaching any significant size. Fenelon Falls has always been one of the most beautiful sights on the watershed, described by the first settlers as Niagara in miniature and “one of the loveliest scenes in the province.”

Like so many other communities, Fenelon Falls grew around saw and grist mills, eventually evolving into one of the watershed’s largest mills under J.W. Howry and Sons. In 1896, the mill and yard burned spectacularly. During the fire, volunteers tried to save lumber by throwing it into the river, only to have the watercourse catch fire. That night the fire burned bright as the noonday sun and, across town on church hill, a newspaper could be read at midnight. 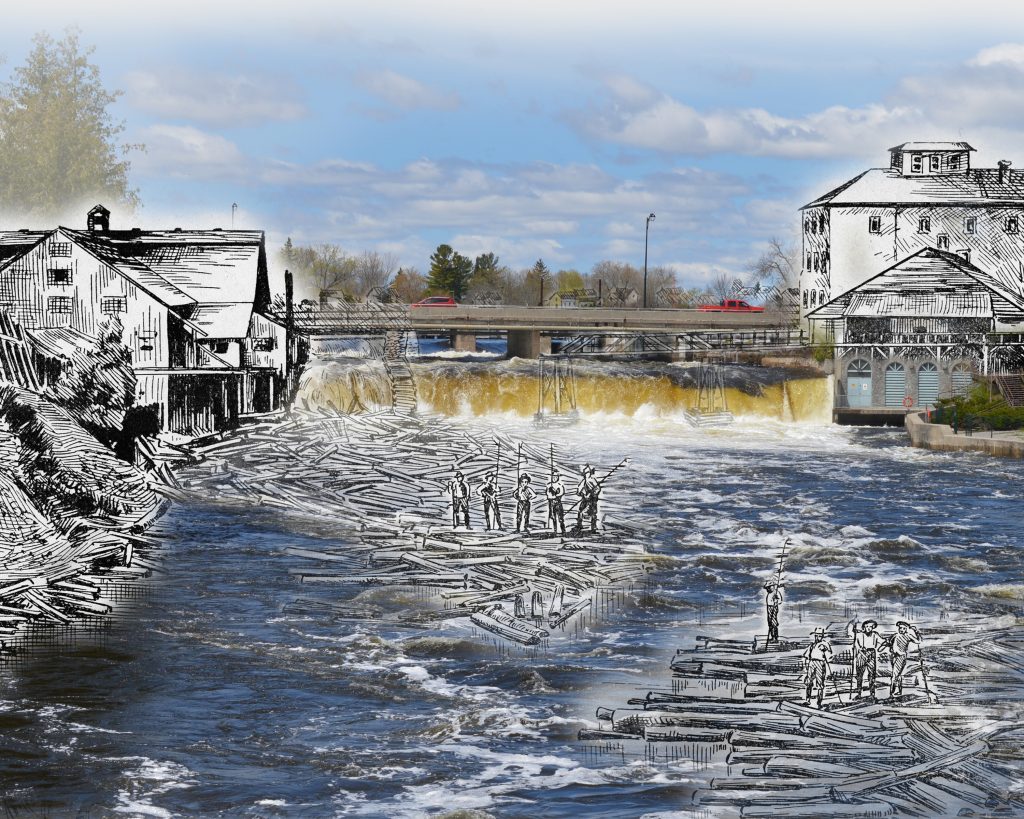 The waterpower never again produced lumber on any scale, becoming a hydro-electric plant, which yielded to a ‘natural’ waterway for tourism, before coming full circle to energy generation as the province sought green power. Yet through all the change, through the eras of canoes, steamers, gas launches and modern powerboats, Fenelon Falls has been a destination for Kawartha Lakes travellers.