Dean Mitchell: It’s 3:49, WOW, just got a call that there’s a forest fire up by Silver Creek, just on top of the Fly Hills, and, uh, Wow, believe it or not there’s a small forest fire going there right now, and, uh, we’re getting on that as quickly as we can to get the response crews on it. 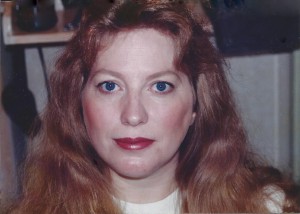 Jocelyn Crouse: Good afternoon, its 4 o’clock Pacific, 5 o’clock Mountain. A lightning strike has started a fire on the Fly Hills near Silver Creek; smoke from the fire is clearly visible from Salmon Arm but the fire itself appears to be small at this time. The blaze has grown to 4 hectares in size and an initial crew was dispatched to combat the fire and an air tanker was also called in. A nearby resident reports that she was outside reading when the lightning hit earlier this afternoon. Lori Reynolds said she saw a couple of flashes, went back to reading her book, and when she next looked up a few moments later, the smoke was curling up from the hillside. According to Reynolds there have already been several loads of retardant dropped on the fire but she says that the fire is resisting efforts to put it out.

Bob Crouse: Forestry officials are in the air surveying the overnight damage of a forest fire in Salmon Arm’s Silver Creek drainage; it was 10 hectares when they had to leave it last night. The fire is in a steep ravine and while heavy equipment is on site, it can’t be used, so they’ve been attacking it with water bombers and ground crews will join the fight today. They’re also bringing in the flying boat from Vancouver, they’ll be a boat hazard patrol in Salmon Arm Bay of Shuswap Lake when the Martin Mars arrives, boaters are warned to keep to the shoreline or off the bay altogether. The big aircraft holds 6,000 gallons of water and will be picking up in the bay.

Larry Osachoff: This is an uncontained forest fire; the cause was lightning as of yesterday’s storm. A response was quick with air attack, but because of the drying conditions, the severe drying conditions in the forest around it we are one of most driest areas in the province, it didn’t take very long for this thing to become 5 hectares and greater, the terrain is very steep and difficult.

Bob Crouse: Good morning, its 6:30, 7:30 Mountain time. Hot, dry weather and tough terrain are hampering fire fighters fighting a blaze in the Silver Creek drainage. Kamloops Fire Service spokeswoman Jennifer Crawford says the blaze doubled in size yesterday, it was sparked by a lightning strike last week. Three ground crews have been taken out of action for safety reasons, that left 4 helicopters to battle the blaze with barrels of water, the fire has grown to 250 hectares, that was an estimate at 10 o’clock last night, and an evacuation alert has been issued for the area from 70th Ave. to Johnson Road off of Salmon River Road, that’s an alert only at this point.

Bob Crouse: Good morning, its 7:30, 8:30 Mountain time. The Fly Hills fire has now spread to about 300 hectares, forestry spokesperson Mitzi Bushell  says with the amount of smoke that’s in the air it’s hard to get an exact size, but it hasn’t spread down the mountain toward valley homes.

Mitzi Buschell: It really didn’t move that much further down to the community overnight, so we’re still saying its 3 kilometers away from the affected homes.

Bob Crouse: About 60 homes in all in those areas you said?

Mitzi Bushell: That’s right and we did get some information back that the homes were put on evacuation alert have their personal gear out in the middle of the field so that they are prepared to leave if they have to.

Jocelyn Crouse: Good evening, it is 5:00 Pacific, 6 o’clock Mountain time. A second Martin Mars water bomber has been called in to fight the 300 hectare Fly Hills fire. It will be joining current efforts to contain the blaze. In addition to the two Martin Mars there are currently seven helicopters, other smaller water bombers, and 60 ground crew fighting the fire.

Forest Service Spokesperson Anne Ferdinands: the weather forecast today may cause some difficulties. The forecast is calling for stronger winds from the south at about 20 to 30 km per hour. Those winds due to come in late afternoon, early evening, so that could lead to the potential for some increased fire activity later today.

Jocelyn Crouse: Increased winds have changed the direction of the Fly Hills Fire and people are now being evacuated from the danger zone. Network radio just spoke with Spokesperson Anne Ferdinands a short while ago.

Anne Ferdinands: Effective 13:35 Bob Hickey, Regional Fire Commissioner has issued an evacuation order that is applied to those homes between 70th Ave. and Johnson Rd. RCMP are out there. They will be delivering the official notice to those homes, approximately 60 homes and an estimated 200 people in that area.

Jocelyn Crouse: Conditions are rapidly changing as the Fly Hills forest fire continues to grow. A shift in the wind is now forcing the fire downslope towards a number of homes along Salmon River Road. Spokesperson Mitzi Bushell:

Mitzi Bushell: It definitely has grown but I haven’t got even an estimate for you at this time.

Jocelyn Crouse: Okay how about the efforts to combat this fire. What is happening with that?

Mitzi Bushell: They are definitely using both Martin Mars, they are using all the helicopter bucketing that they brought in, they have brought in the air tankers, um I believe there are two air tanker groups brought in to do more now, and they have lots of ground crew at the community level at the bottom of the fire trying to put in some more pumps and water there.

Jocelyn Crouse: The smoke from the Fly Hills Fire began to blanket Salmon Arm. Health Officer Dr. Andrew Ross has some advice for those near the smoke.

Dr. Andrew Ross: We would advise any elderly people or people with respiratory problems, i.e. difficulty breathing at the best of times, to try and avoid any exercise whatsoever if that is possible. If you have friends in a different part of town or away from town, it would be wise if you could go and stay with those people.

Jocelyn Crouse: Good evening, it is 5 o’clock Pacific, 6 o’clock Mountain. Branchflower Rd. out at Silver Creek has been completely evacuated. We have reports that there are homes there on fire and the fire has jumped the valley over to Mt. Ida.

A short while ago we received this telephone call from this gentleman on scene in Silver Creek. We apologize for the audio quality, but conditions on the scene are quickly deteriorating.

Jocelyn Crouse: Okay, okay the fire has jumped the creek over the turf farm?

Man: Right beside the (unintelligible qualifier) neighbours’ to the turf farm is burning right now as we speak. It is completely engulfed. There’s … [unintelligible].

Jocelyn Crouse: Okay, could I get your name please?

Man: It is Andy from the turf farm.

Jocelyn Crouse: Okay so they’ve got a fire truck out there. Are they bringing in any air support?

Andy Wiebe: Oh yeah, [Unintelligible, something about an hour ago]…can’t see nothing now.

Jocelyn Crouse: We’re getting a lot of interference. Are there winds right now where you are?

Andy Wiebe: Yeah, [I’m holding] my hat on my head.

Jocelyn Crouse: So it is seriously gusting up there.

Jocelyn Crouse: Okay, have all the people in those homes been evacuated now?

Andy Wiebe: Ah, I don’t know… [Unintelligible]…. I think everybody’s been evacuated now. There’s a lot less going down the road now. All my staff are gone. I sent them and all my tenants are gone. [Unintelligble].

Jocelyn Crouse: Good evening it is 5:30 Pacific, 6:30 Mountain. The Fly Hills forest fire has jumped the valley and is now burning up Mt. Ida. I just spoke, just moments ago to Fire spokesperson Mitzi Bushell.

Mitzi Bushell: That’s about all I can give you Jocelyn. The fire is now burning up Mt. Ida. There’s hikers [?] on top. Helicopters are looking for them. Um, the homes on fire down at Branchflower, I have confirmed that there are 2 homes burned. I know there are more out there but I have no confirmation on what is going on out there at this time.

Dean Mitchell: We’re getting a lot of calls that people are seeing flames at the top of Mt. Ida and it [the fire] has come over Mt. Ida.

Mike Hansen: Good Evening it is 7 o’clock Pacific 8 o’clock Mountain. The forest fire situation is causing problems for road travelers all across the southern interior. The Silver Creek Fire has resulted in the Salmon River Rd. being closed, 7 km south of the Highway 1 junction as well. Heavy smoke is slowing traffic through Salmon Arm and there are also reports of problems on the TransCanada Highway in Sorrento and also through the Fraser Canyon.

Paul Scott: Here is the update on the latest Fly Hills forest fire.

Bob Crouse: Thank you very much. As you can imagine things are going crazy at the command centre, and with the Forestry personnel and here the phone is ringing off the hook. And for one reason or another we have not been able to get ahold of some people. Dial tones can’t get out. People can get in. But I just got off the phone with Forestry spokesperson Anne Ferdinands. And that was just about 60 seconds ago or so and here is the latest we have from her:

Anne Ferdinands: …ah just advised us that we are not anticipating any further evacuations tonight however the evacuation alerts are still in effect and fire crews are now working along Foothill Rd. They are starting to put fire guard along that stretch.

Bob Crouse: Also Frank Frank lives in Silver Creek of course and he has been out there helping people get some last minute items and he called us from the Silver Creek Store.

Frank Frank:   One of the houses across the street from Agar Rd., on the north side of Salmon River Rd., is on fire and it has crossed over the Salmon River. It is on the other side and is heading up, well we already know that it is heading up Mt. Ida. Pretty well everybody from Silver Creek Store all the way down to Foothills has been evacuated.

Bob Crouse: And I understand we have Anne [Ferdinands] on the phone right now in fact and we’ll get the latest from her.

Bob Crouse: Good morning it is just after 12, 1 Mountain time. The forest fire that started just a few miles southwest of Salmon Arm is now threatening the town.