For a transcript of the lyrics to the regimental song  Ric-a-Dam-Doo, click here.

The PPCLI soldiers of “Charlie Company” were experienced. The 3rd Battalion had worked other disasters and were accustomed to hard work. They had been in Winnipeg during the floods, Quebec after the ice storms, and seen duty in Bosnia and Somalia. 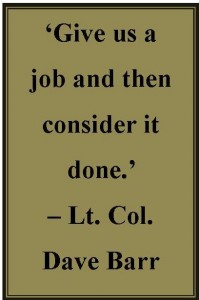 The army’s main task was to relieve exhausted firefighters on the front line. After two days of comprehensive firefighting field training, they were ready and eager to enter the field of operation.  They proceeded to fight the fire in a true military manner.  They worked alongside non-military firefighting crews and heavy equipment operators. It did not take long for a mutual respect to build between the army and the civilian firefighters.

“You can’t help but feel a tremendous respect for these guys. They are putting their lives on the line to fight this fire. That takes a lot of guts,” said Master Corporal Wayne Sinclair…

Soldiers answering a call What will we wake up to?