Crack. A small lightning strike in the Fly Hills. We saw it. Felt it.

Salmon Arm’s Fire Chief Ken Tebo was taking a coffee break on the deck of No. 3 Fire Hall in downtown Salmon Arm. He looked up and saw smoke. Then the Fire Chief said, “We’d better keep an eye on that,” to his colleagues drinking their coffee. 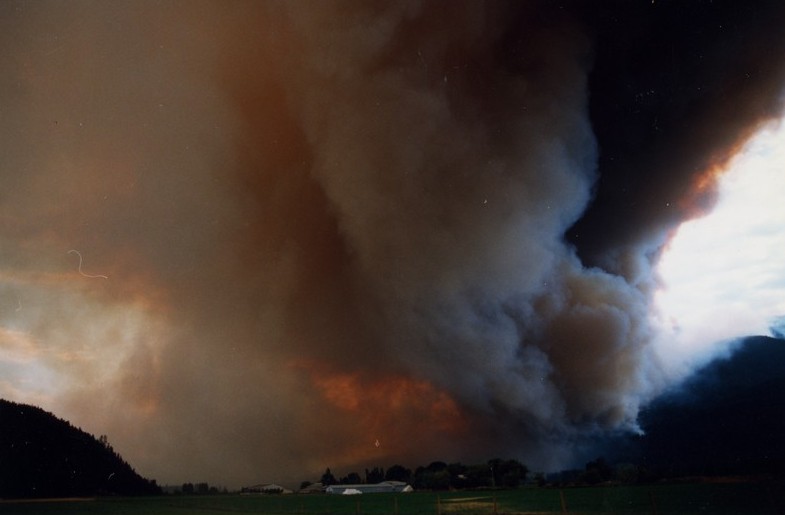 Within a week there was a disaster.

At the same time, Pam Axley was on duty at the Queest Forestry Tower on the Anstey Arm of Shuswap Lake. Pam also looked up as lightning ripped through the sky. From 2,134 metres above sea level she had a view that no one else did. A mushroom cloud of smoke rose from Fly Hills.

Pam spotted the fire, looked through her fire finder, and radioed the location back to the Kamloops Fire Centre. She’d been at Queest for ten fire seasons and this was to be her last.

“It was traumatic for me,” she admitted. Seeing her community threatened, Pam started to cry.

Resident Lori Reynolds was relaxing outside her home, reading a book when Pam was on duty at the Forestry Tower. It was a nice day. Lori looked up to see a couple of flashes of lightning, but her book was more engaging, so she went back to reading. When she looked up a few minutes later, smoke was curling from the hillside. Alarmed, Lori telephoned Jocelyn Crouse at CKXR radio.

A fourth person, the Curator at the Salmon Arm Museum, was just off duty early and stopped at Davidson’s Fruit Stand on Highway 97B. Deborah Chapman needed milk. It was just another Wednesday. She placed her purchases on the conveyor.

There was a snap of light followed by a clap of thunder. She turned to the young woman at the till.

“That was close,” Deborah commented. She had no idea that the threat would get closer… 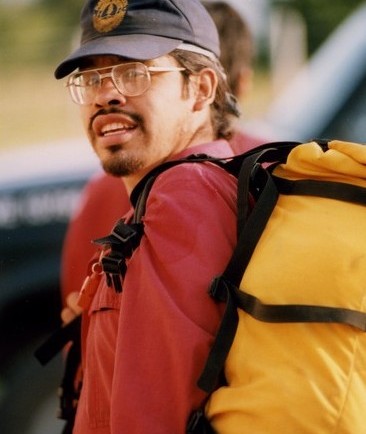 They came to help