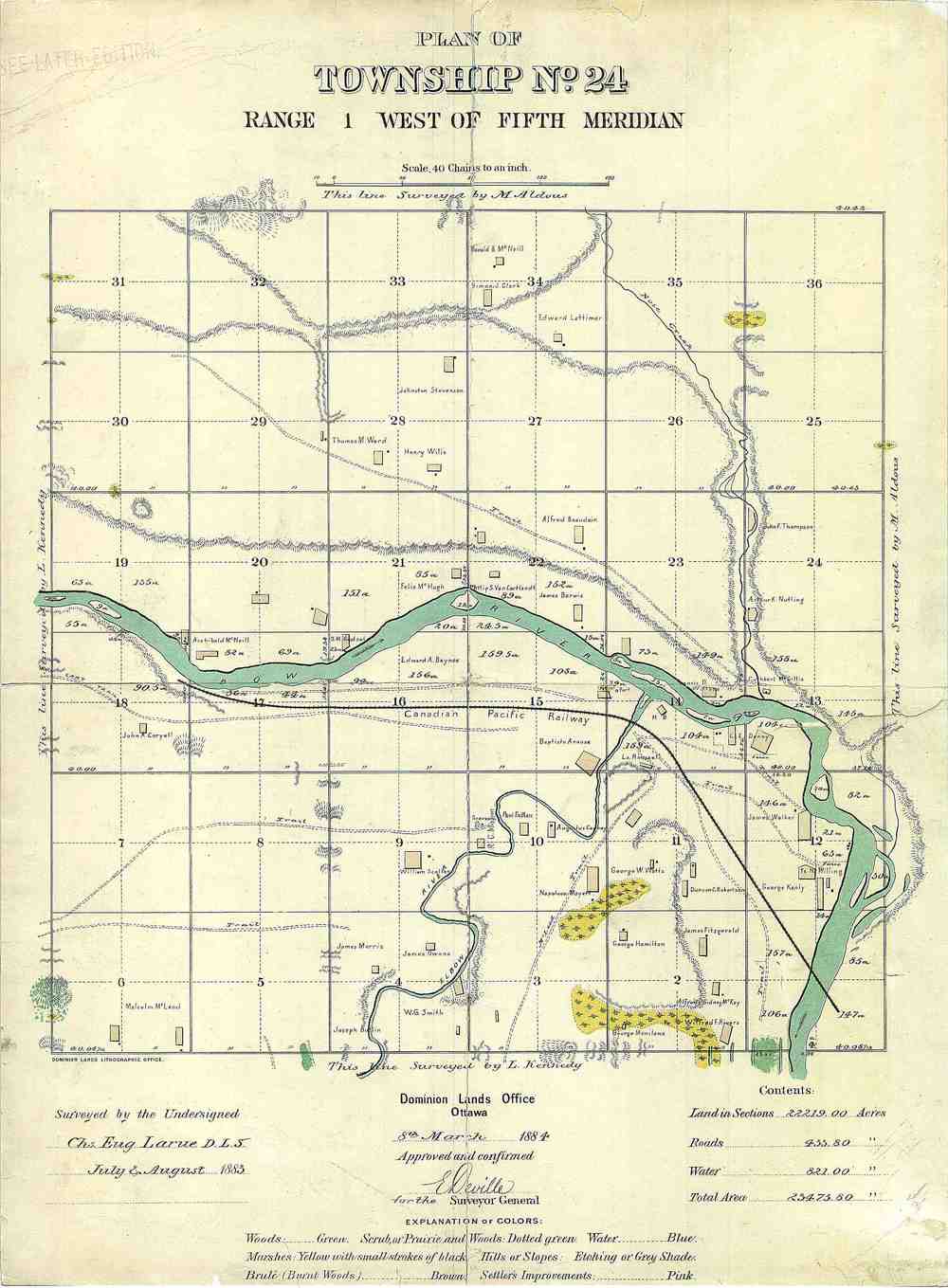 Map of Calgary, 1883. Surveyed by the Dominion Lands Office, Ottawa.

The population of Calgary was around 100 when Belle arrived in 1882. The next year, James Alexander Lougheed, a lawyer from Toronto, also moved to Calgary. Belle and James met at her aunt and uncle’s house at a Methodist Church social event in 1883. Belle played the organ during church services and James was the superintendent of the Sunday school. 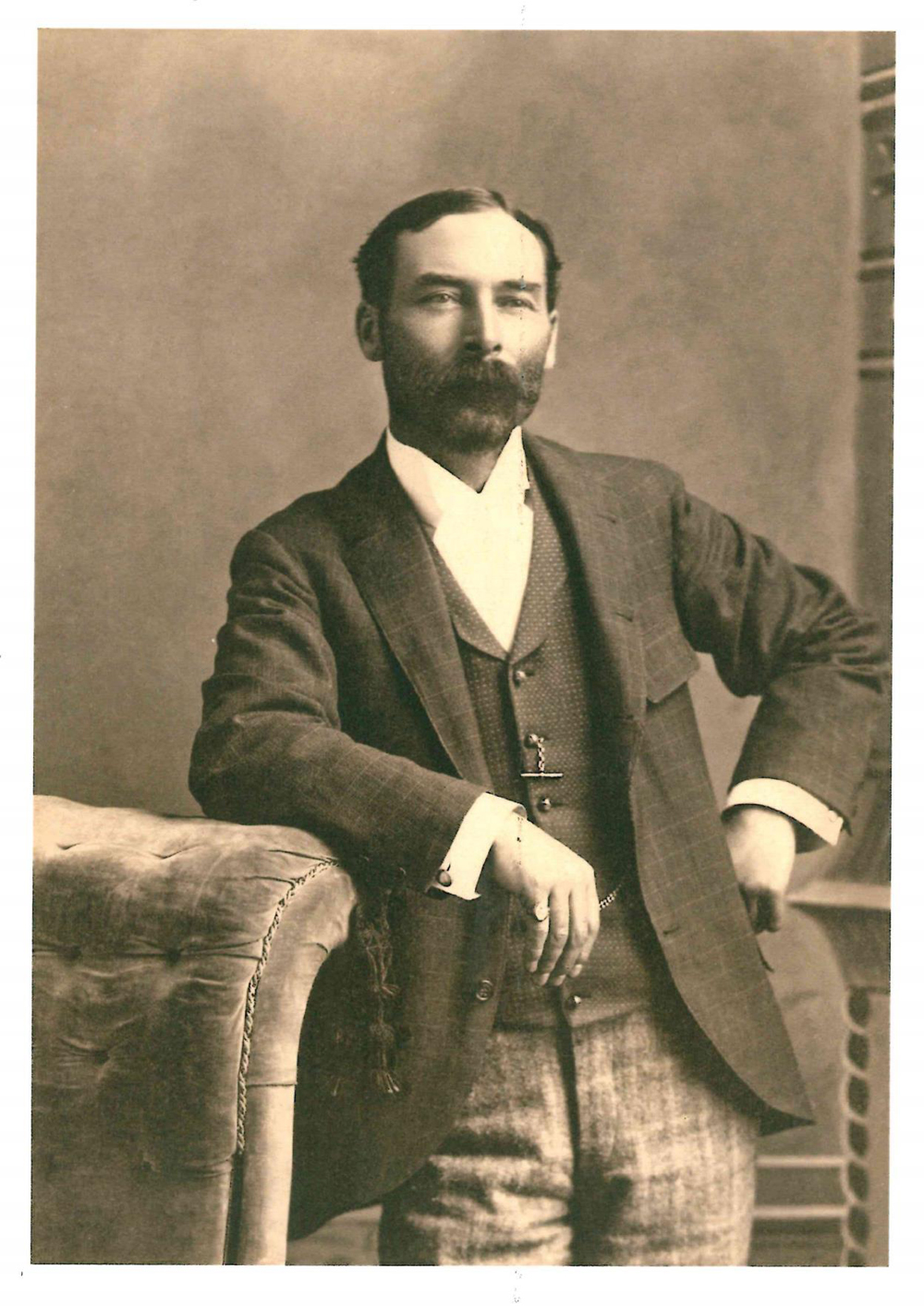 Belle was close to her aunt and uncle, Eliza and Richard Charles. They hosted Belle and James’s wedding reception at their home in 1884. The marriage was of considerable benefit to James.

“James Lougheed’s rise to power and wealth in Calgary owed much to his wife, Belle Hardisty. Through his marriage into the Hardisty family, he instantly became well connected. His wife, so skilled socially and such a natural person, also helped to give the recent arrival from Eastern Canada a boost upward.”[1] 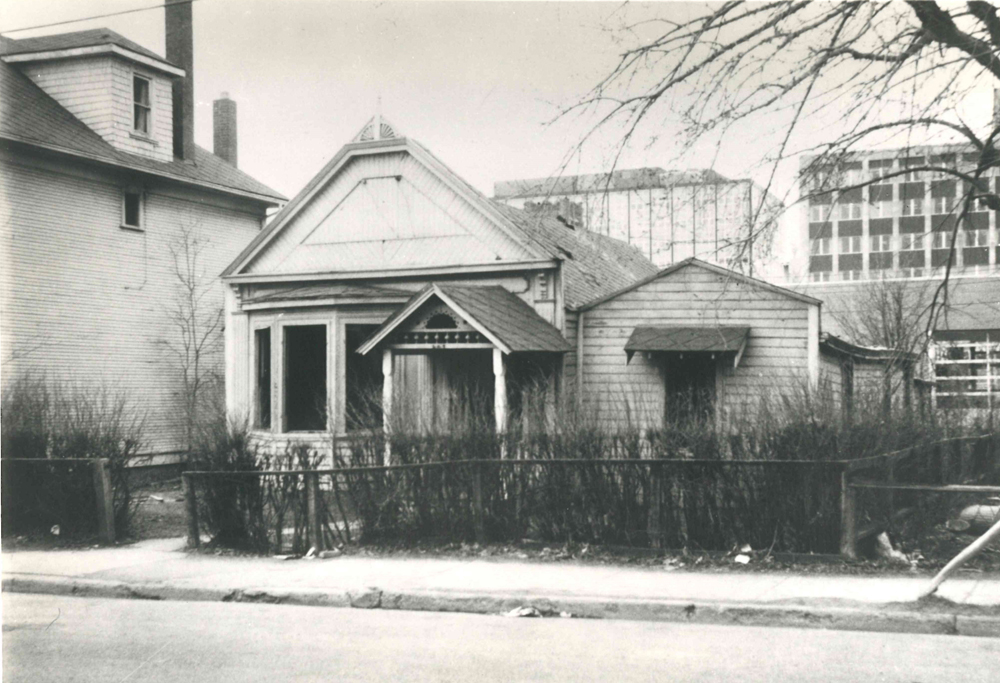 Belle and James’s first home was a small building on 8th Avenue that had previously been a tailor’s shop and a hardware store. Belle described its renovation years later in 1922.

“[B]eing chosen for our home it was rebuilt, one great embellishment being added—a bay window. This was the first bay window in Calgary, and during the building many were the spectators watching its progress.”[2] 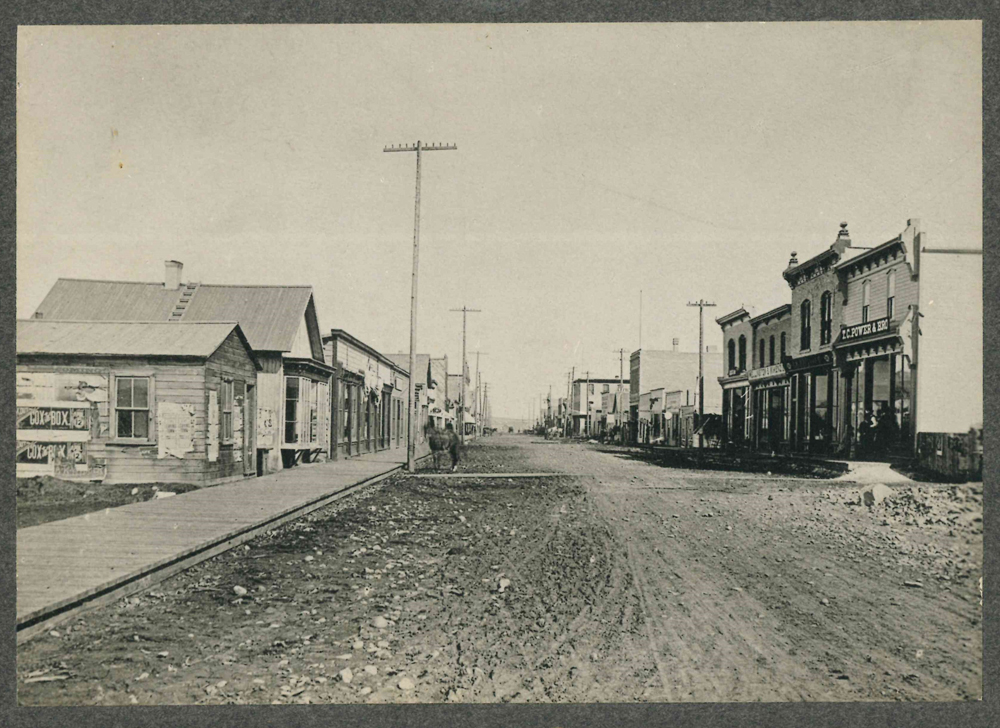 A new residence was built for Belle and James in 1891, the mansion called Beaulieu. A majestic and elegant home, it was ideal for raising their family and hosting social and political events. The significance of its name is uncertain. It may have been a reference to Belle’s Métis heritage since François Beaulieu was a fur-trade associate of her father who was known as “an innovative, fearless trader, a trapper, a hunter, a feared Métis politician.” [3] Maybe the name signalled a gesture to the grandeur of Beaulieu Palace House in Hampshire, England, or to the Palace of Beaulieu in Essex. 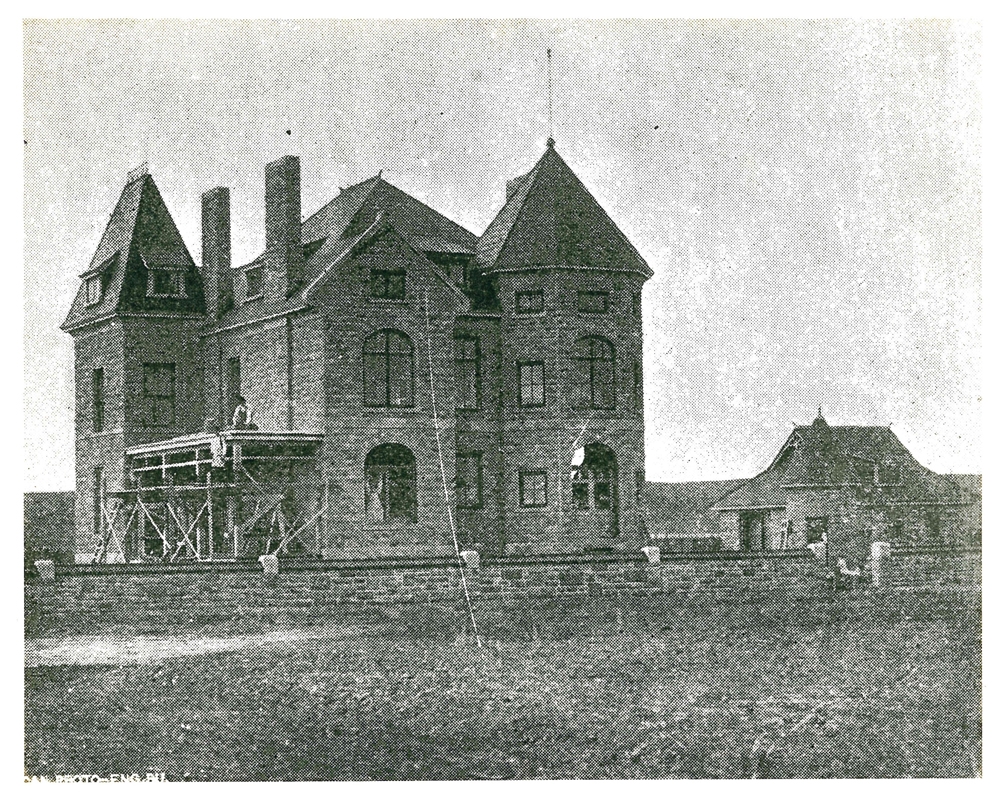 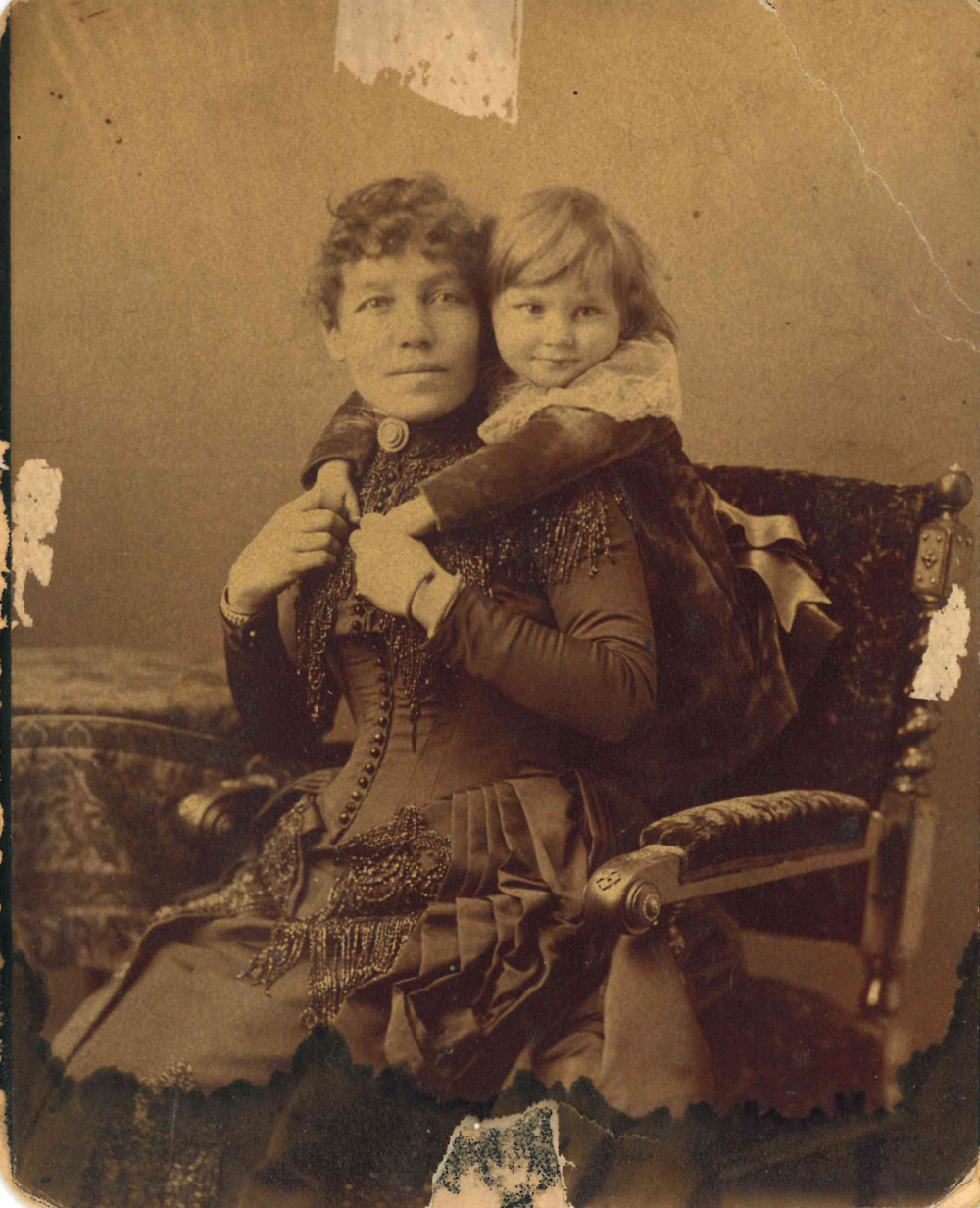 James left his estate to his sons unaware of the challenges Belle and the family would face during the Depression. James’s wealth, based predominantly in real estate, was rapidly decimated and in 1934, the City of Calgary assumed title of Beaulieu for non-payment of taxes. Belle, along with Norman and his family, were allowed to stay on at the house out of respect for the Lougheeds. Belle died in 1936 and in 1938, an auction was held at Beaulieu to sell the family’s belongings in order to recover monies for debt repayment. The auction caused anguish and sadness for the remaining family members as they watched their heirlooms go to the highest bidders.