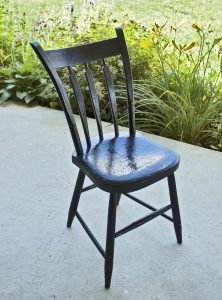 19th century chair from John Langton’s home and now at the Fenelon Museum. The chair can be seen in the miniature charcoal print of Anne Langton’s “Two Sides of the Same Room in John’s House” circa 1837.

Anne was critical as she was humble.  She loved a good party too. In many of her notes she speaks with excitement of having dinner guests and a dance. Sharing was engendered early in Anne’s life. When some extra provisions were available, dinner parties included such delicacies as soup, boiled pork, stewed goose and chicken pie with vegetables, pudding, a tart and trifle followed. Each item had to be painstakingly prepared and served. After such feasts, guests often stayed the night. 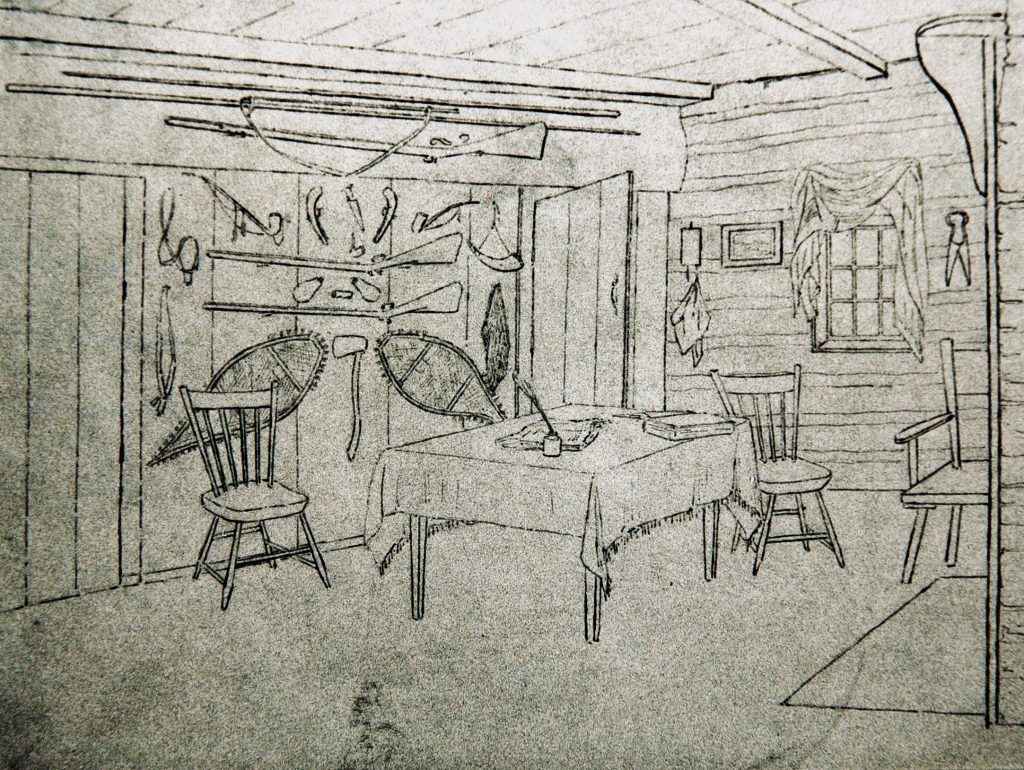 Anne Langton charcoal sketch of the interior of John’s cabin when they arrived in 1837 titled “Two Sides of the Same Room.” The chair style depicted in this sketch is shown above (blue chair).