The holy table or altar in the sanctuary of St. James the Apostle, Fenelon Falls, Ontario.

Hardships aside, Anne’s faith was strong and unrelenting. Taken from her Church of England traditions, the early church services were held in her kitchen – attended by neighbours and family. Many times in her memoirs, Anne mentions her faith and commitment to a life dedicated to family and to the Lord. 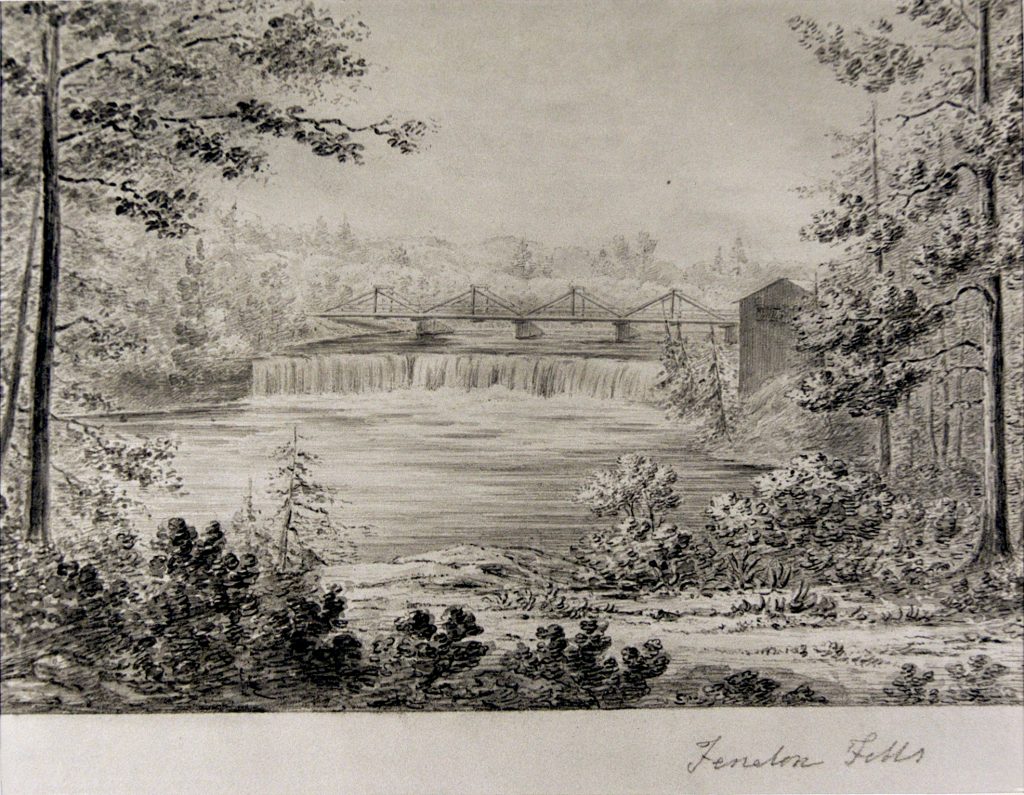 Anne Langton’s monochromatic watercolour, ink and graphite on tracing/cream wove paper of Fenelon Falls as viewed from Sturgeon Lake looking west up the falls in Fenelon Falls, to Cameron Lake.

Many days were spent making the trek from Blythe Farm to “The Falls” as she called Fenelon.  Sometimes she made the trip by canoe, but in the winter she followed a wooded trail by snowshoe. On one occasion she mentioned following the footprints of wolves.  She was very brave indeed!