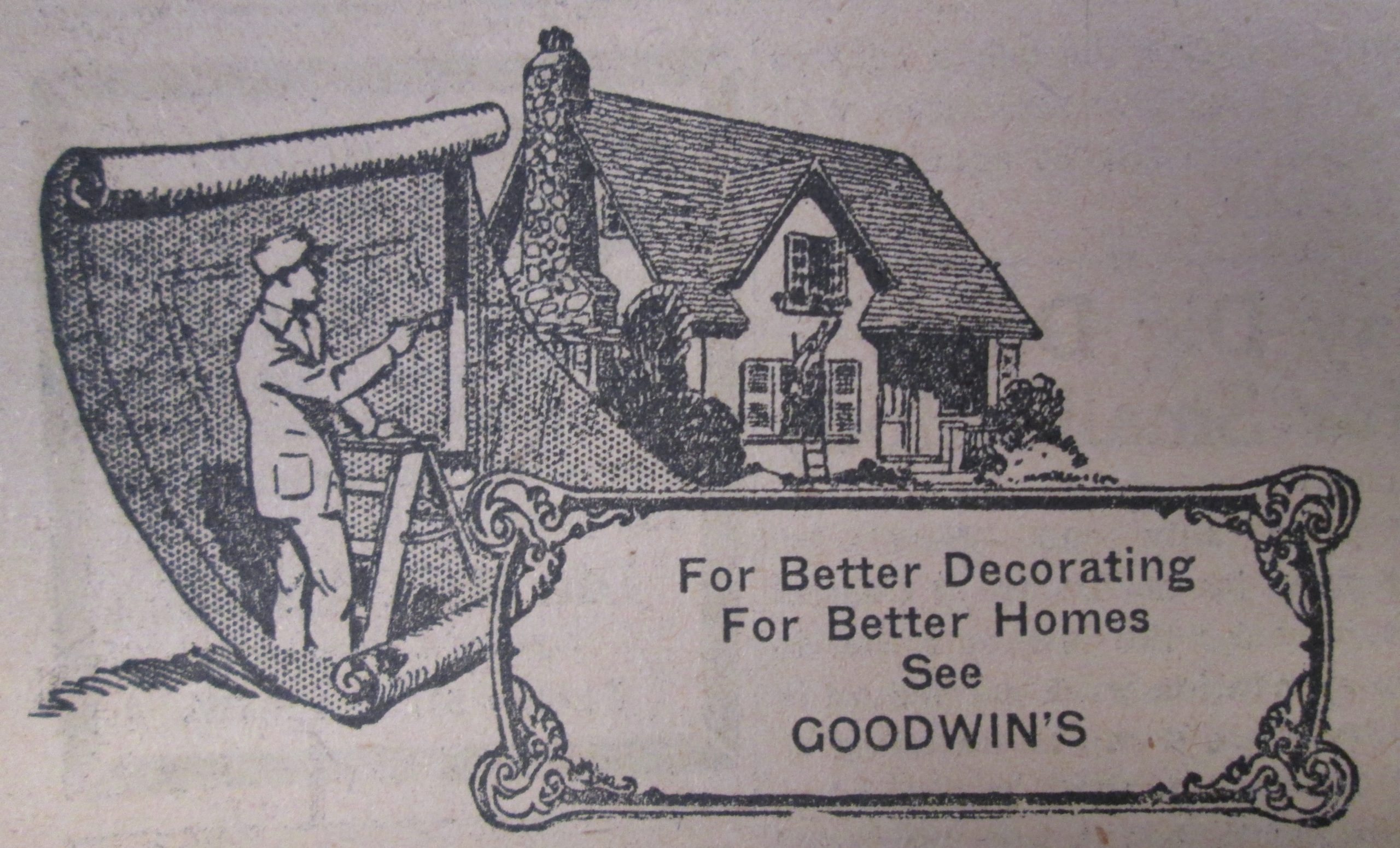 Records show that W.A. Goodwin began his painting and decorating business in 1860, but he had already been in the trade for some time before that. While still an adolescent, Goodwin was approached by a Mr. Hayden to paint the direction signage lining the plank roads east of Cobourg. Happy to help, Goodwin found a more efficient way to letter the signs and was soon hired as an apprentice by Mr. Hayden.

I told him he was wasting time at Lead Pencil work so I got some Black Paint and Lettered one All right. Hayden was Pleased and gave Me a five Dollar Bill for The 1st Big Sign. He at once went and Saw Father and made a Bargain with Him for me to Learn the trade, with Him for three years.

When Goodwin was not quite twenty, he was hired by a Peterborough-area painter by the name of Mr. Stevenson to decorate a house east of Downeyville, an Irish settlement in Emily Township, some miles from Lindsay. Shortly thereafter, Stevenson dispatched another painter, James Winters, to paint the inside of the newly completed Roman Catholic Church in Downeyville proper. This marked the beginning of a multi-year partnership with Mr. Winters. By the early 1860s, notices began to appear in the Lindsay newspaper advertising their business.

Winters & Goodwin offered painting, glazing, and wallpaper-hanging services that were “…executed promptly, neatly, and at the lowest prices.” Prior to the end of their partnership around 1865, Winters and Goodwin undertook several painting and decorating jobs in not only Lindsay, but also in neighbouring Cambray, Fenelon Falls, Little Britain, Manvers, and Oakwood. 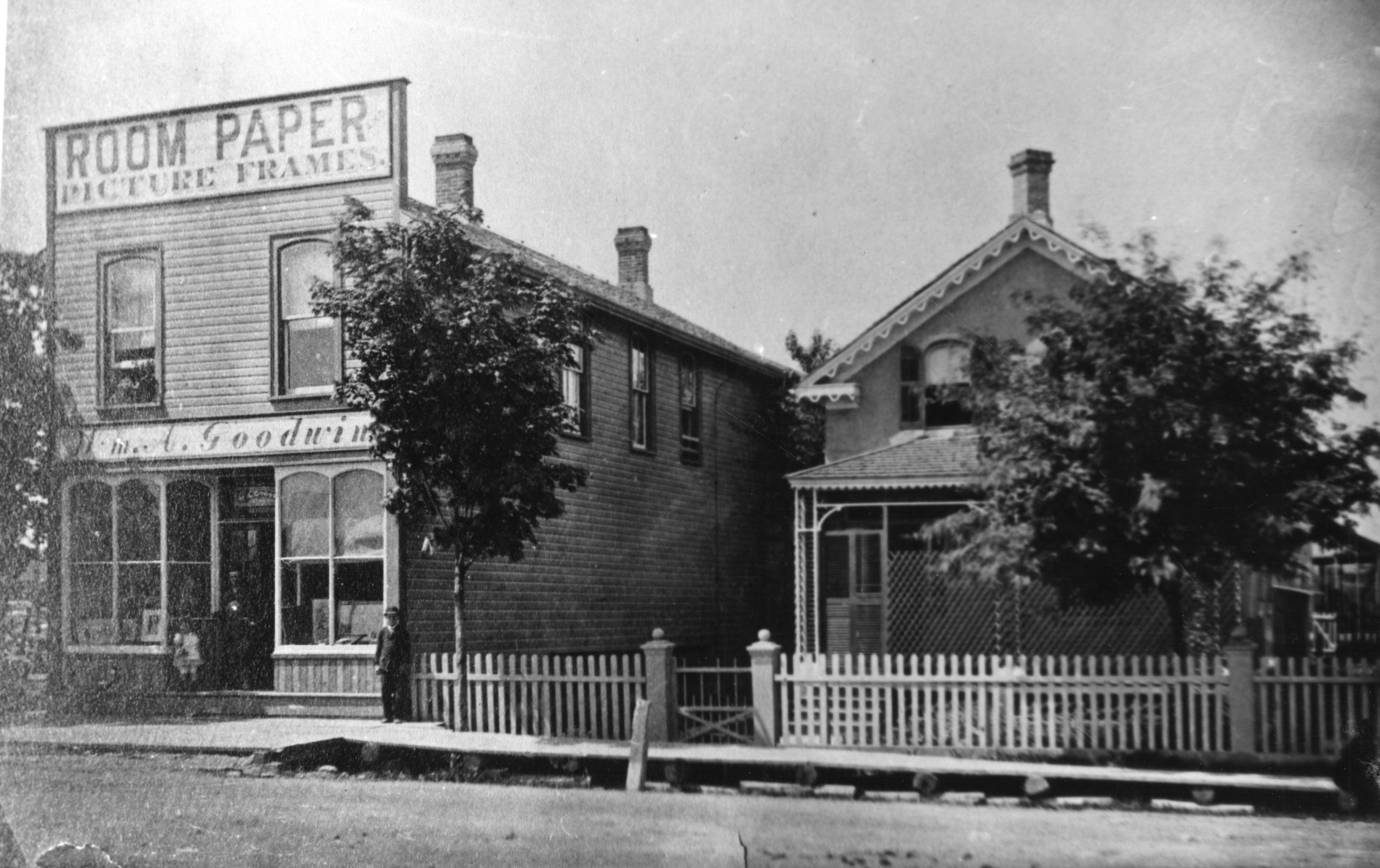 In 1877, W.A. Goodwin opened a large frame store on the northwest corner of Cambridge and Peel Streets in Lindsay. By the 1880s, he was overseeing a growing painting and decorating business that would occupy four different locations in downtown Lindsay over the next six decades. A series of eye-catching advertisements regularly appeared in the local paper, all stressing the efficiency and economy of Goodwin’s services. 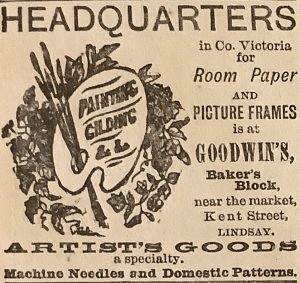 Mr. W.A. Goodwin has his hands full of decorative work, principally at the residences of a number of opulent north ward magnates.