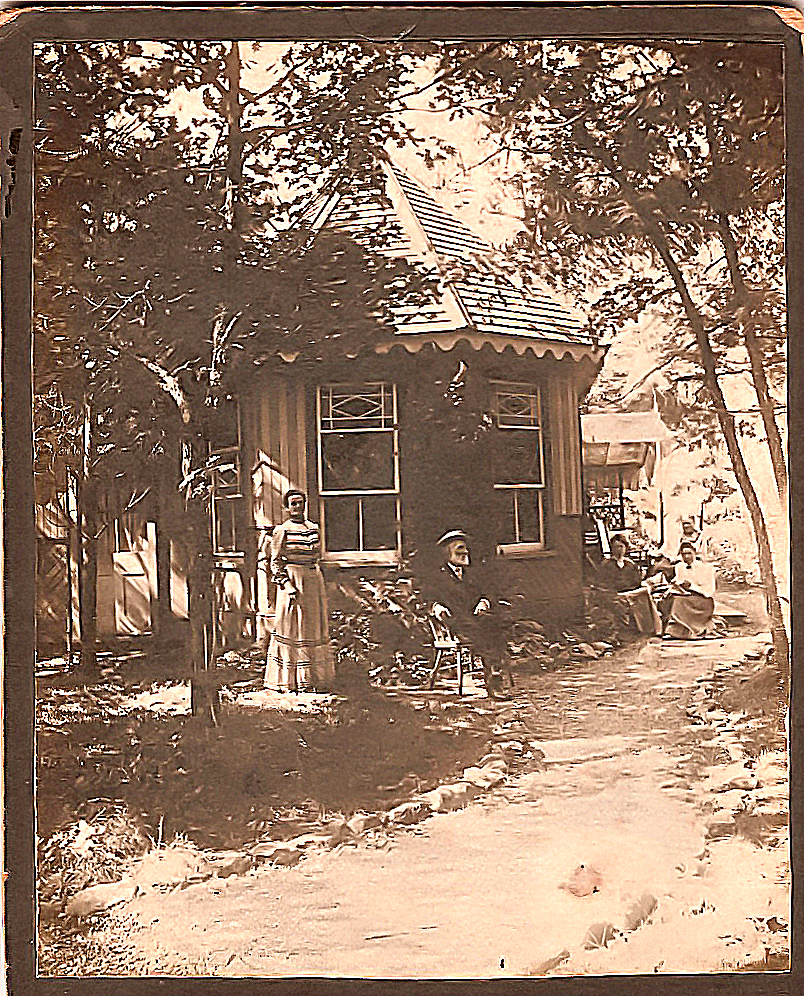 From his youth well into his old age, W.A. Goodwin refused to be bound by conventional thinking. Whether in politics or religion, his worldview ran contrary to much of what was considered socially acceptable at the time in small-town Ontario.

Raised in the Congregationalist Church and married to a devout Anglican, Goodwin himself was not aligned with any one particular theological persuasion. Upon their arrival in Rochester, New York, the Goodwin family attended a Unitarian Universalist church, and Goodwin learned much about the Seventh-Day Adventist faith while staying at the Battle Creek Sanitarium, in Michigan.

Goodwin’s disdain for organized religion sometimes got him trouble. While painting the Roman Catholic Church in Downeyville, Goodwin and James Winters were overheard ridiculing the Catholic tradition of the Confessional Box. Informed by the hotel-keeper that they would face consequences, Goodwin and Winters were forced to return to Lindsay at once.

After Dinner the Proprietor of The Inn quietly informed us of “a possible thrashing” we would get that night for remarks made in Church about the Confession Box. so Winters took the hint and we started for his Home, on foot.

Later in life, Goodwin subscribed to ideas promoted by the Ancient Mystical Order Rosae Crucis, an esoteric organization that, in Goodwin’s words, was “advocating good-Health no Fear and self-improvement, by natural means, without reliance on Bible Stories or other Superstitions.” (W.A. Goodwin, in Cherry Tree Lodge Journal, August 27th 1929)

Politically, Goodwin self-identified as a socialist, and in the 1908 Ontario election he represented the Socialist Party of Canada in the constituency of West Victoria. He requested that socialist literature be added to Lindsay’s public library, and also enjoyed perusing the works of phrenologist O.S. Fowler, and Mohawk poet, Pauline Johnson, whom he described as “liberal” and “unorthodox.” 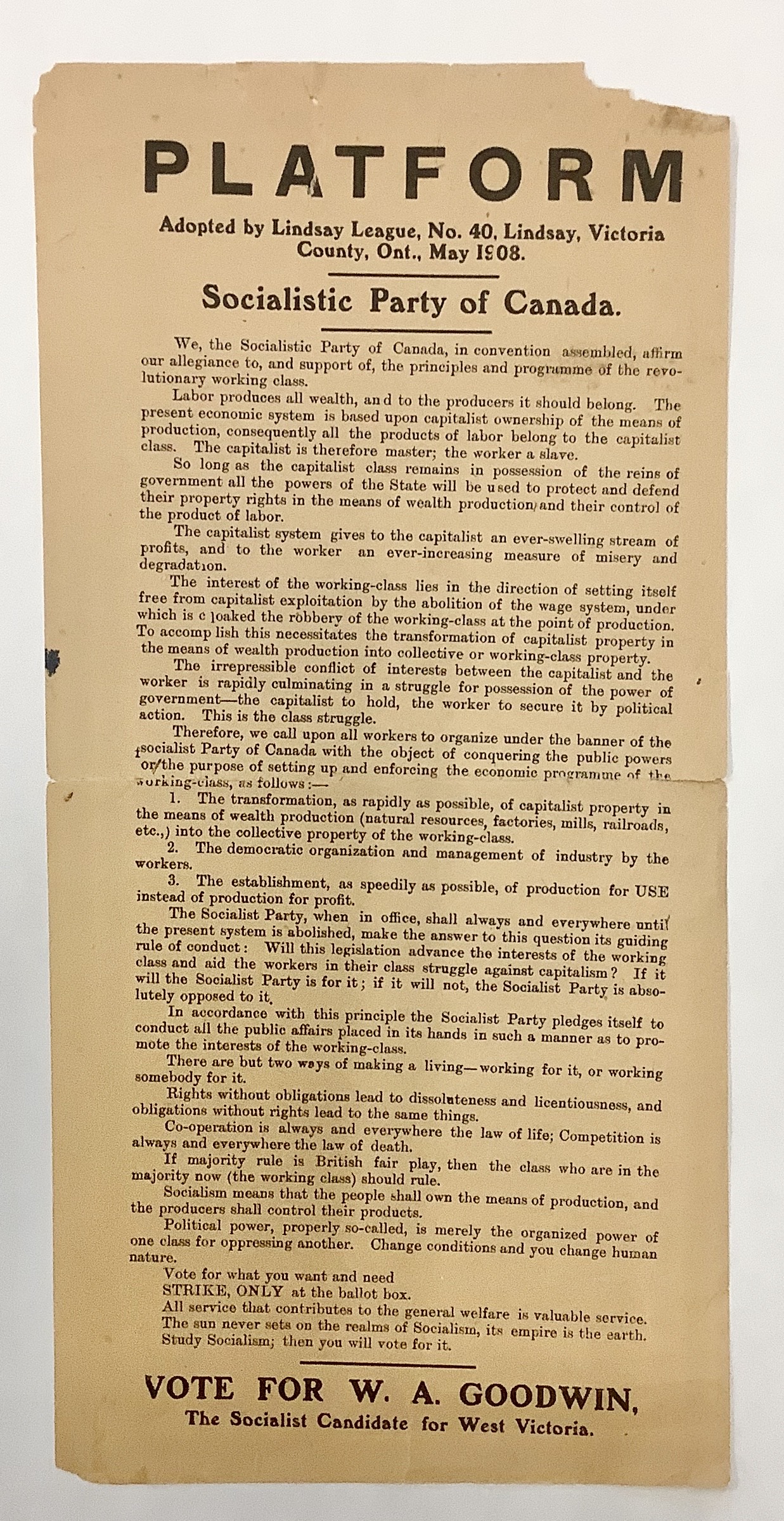 Flyer distributed during the 1908 Ontario election, in which W.A. Goodwin ran as a candidate for the Socialist Party of Canada.

Goodwin’s desire to see justice for the working class may have been motivated by the experience of his own father being dismissed from his job for publicly disagreeing with his employer. According to family lore, an octogenarian Goodwin staged a solitary strike in front of the foundry where his son-in-law worked as a superintendent, peacefully protesting the conditions and wages employees had to contend with.

Despite his radical worldviews, Goodwin maintained cordial relations with people from all walks of life – even calling at the cottage of Sir Sam Hughes, a most outspoken and critical federal politician.