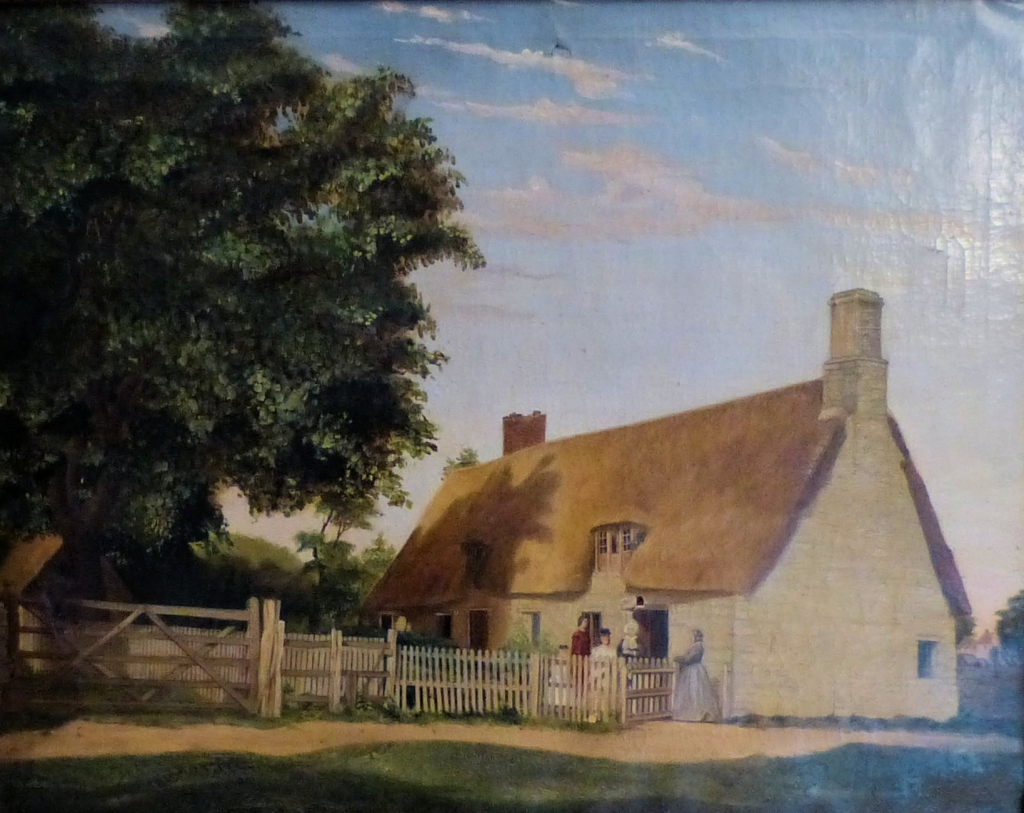 “Old Homestead,” inspired by a tin-type photograph of a thatched-roof cottage in Elton, Lincolnshire, England. Oil on Board, ca. 1860.

William Alfred Goodwin came into the world on June 11th 1840, one of five children born to Richard A. Goodwin and Elizabeth Wright.

The family lived in Spalding, a market town in Lincolnshire, England that had a history dating back to the Roman period. Spalding’s economy in the mid-19th Century was largely defined by agriculture. The River Welland facilitated the shipment of natural resources and agricultural products in and out of the region. The mills and factories which processed these products required skilled labourers to maintain their machinery. This was good news for Richard and his two brothers, all of whom worked as master mechanics and machinists. For a curious child like W.A. Goodwin, a machinist’s workshop was a fascinating, if dangerous place to play, as he recalled many years later:

When Mother called Brother & I to leave the Swing in The Shop where Father was working at a Steam driven Lathe, He was Busy, so while waiting for his reply I began to play with The lathe wheels, result was the cogs took hold of Said finger and Father carried me into The House, and sent for the Doctor, who when he saw my wound, said he would have to take out the Knuckle Joint to make a good job of it. Father forbid him to so, [and] so he Stoped [sic] the bleeding and Sewed it up all right. 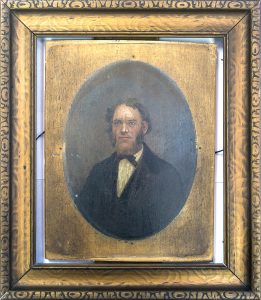 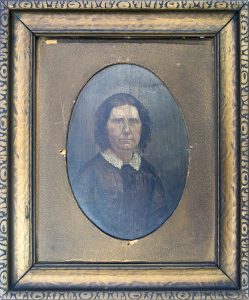 Elizabeth Wright Goodwin, likely painted from photograph. Oil on Board. No Date.

In due course, Richard decided to move his workshop to a location in the east end of Spalding, opposite windmills operated by his father-in-law. Richard Goodwin would go on to work in the milling trade, but lost his job after voting in favour of importing free grain from the United States. The importation of American grain was contrary to Britain’s controversial Corn Laws. In search of better prospects, the Goodwin family immigrated to North America, first settling in Rochester, New York. By the early 1850s, the family crossed Lake Ontario and settled in Newcastle. They later moved to Port Hope and Cobourg.

W.A. Goodwin spent his adolescence in the vicinity of Cobourg, a place which continually sustained his curiosity and interest in the outdoors.

We boys used to gather lots of Beach Nuts in the fall of the Year. One day I got into trouble by using a Hand Saw, dropping the Nut-Branches to the ground from a Beach Tree, on a Nearby farm, & picking the Nuts – on the ground instead of all climbing up the Tree. However next day the Farmer made our dads pay for the damage to his tree.

While in Cobourg, Goodwin became acquainted with the Clements family, who lived next door. After completing his apprenticeship as a painter and decorator, Goodwin married Emma Clements. The wedding took place on June 28th 1862 at St. Peter’s Anglican Church. They spent their honeymoon in Ashburnham, a village east of the Otonabee River in Peterborough, and later settled in the nearby town of Lindsay. Their first child, Elizabeth, or “Bessie,” was born a few years later. She was followed by Frank, William Evans, George, May, and Amy Matilda, or “Tillie.” 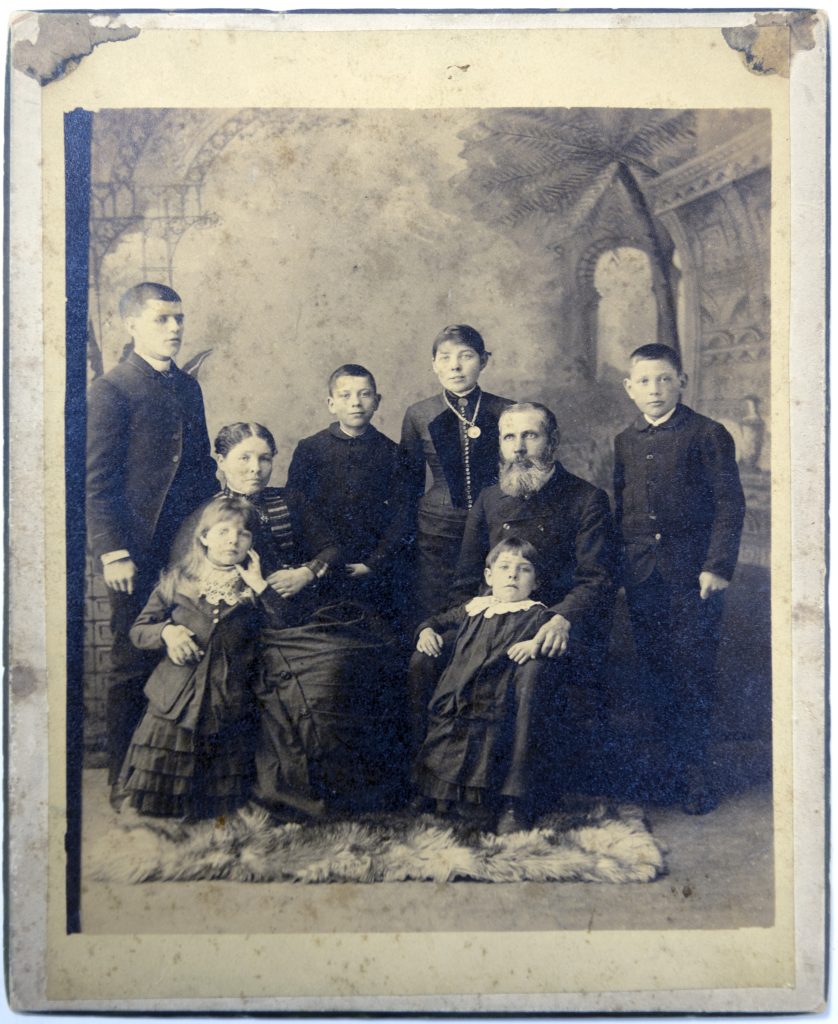 By 1882, when the Goodwin family posed for a formal portrait, they had been living at their residence on Cambridge Street for over a decade. It would remain in the family for another ninety years.