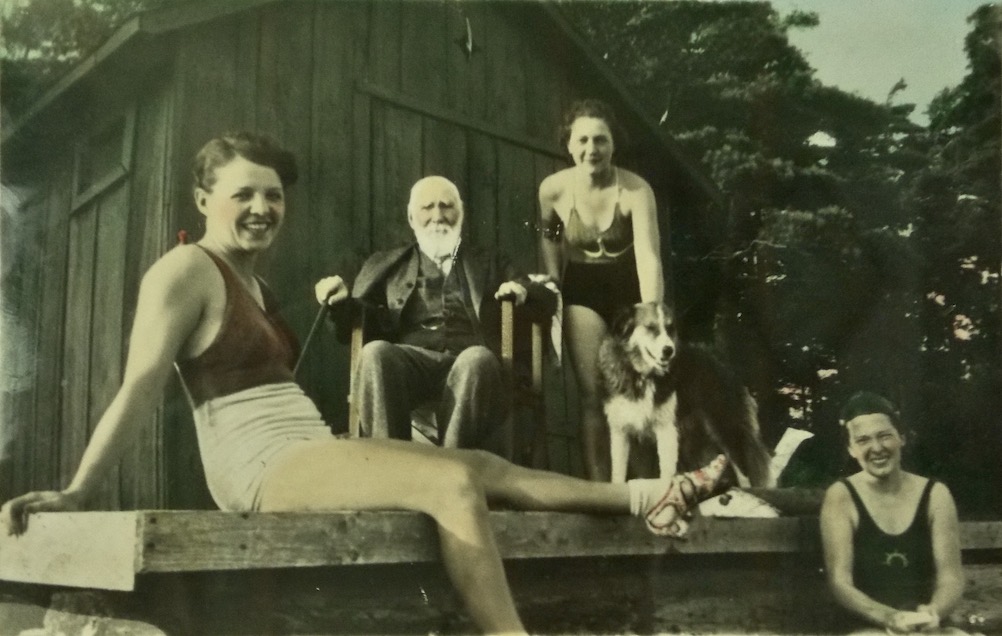 W.A. Goodwin with granddaughters and friends on dock at Sturgeon Point, ca. 1930’s.

The many lakes and rivers dotting the region between Ontario’s urban settlements and the Canadian Shield have long entranced residents and visitors alike.

In 1832, a steamboat was launched southeast of Peterborough. Christened the Pemedash, it represented the beginning of an industry that would drastically transform the region for another century. Within fifty years, boats operated by the Trent Valley Navigation Co., among others, were sailing the waters between Lake Scugog and Sturgeon Lake, stopping off at cottage communities dotting the lakeshore. Though they would support the lucrative lumber trade well into the 20th Century, the steamers would be best remembered for their place in the region’s growing tourism-based economy.

By the turn of the 20th Century, the steamboat and railway companies were promoting the “Kawartha Lakes” as a destination unrivaled by anywhere else. 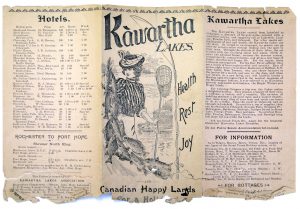 For Cruising Campers a trip over the Lakes makes a delightful holiday. They possess a beauty of their own, a wildness, a variety, and a surprise. 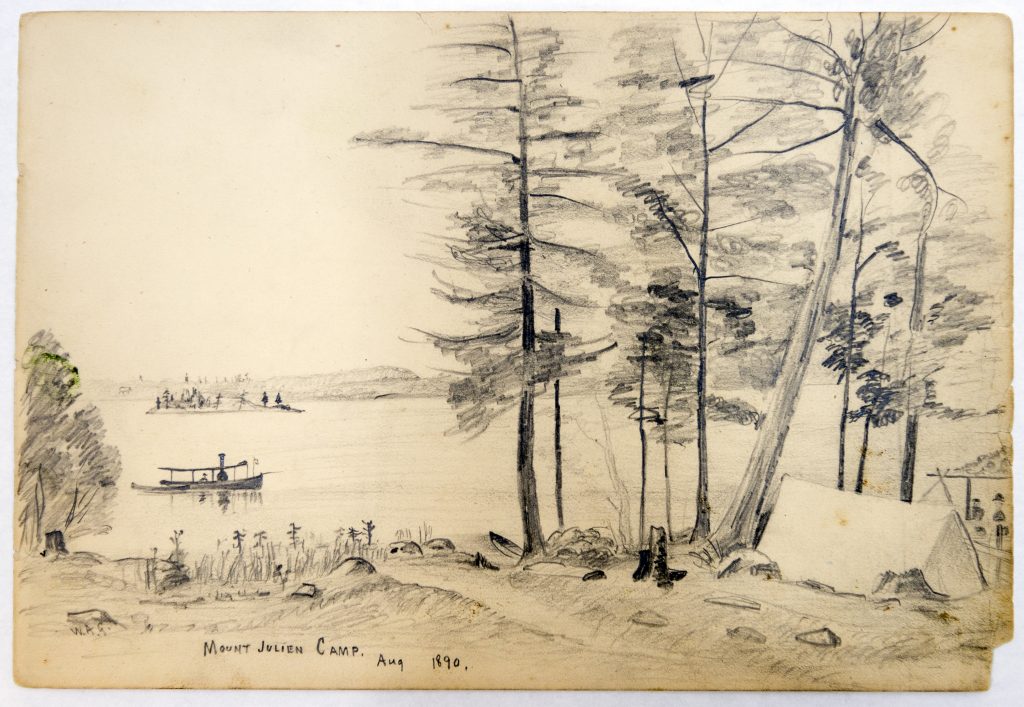 Mount Julien Camp. Note the steam launch out in the lake. 1890, Pencil.

Among the region’s many summer resort communities was Sturgeon Point. Although Sturgeon Point was formally incorporated as a village in 1899, it had been attracting tourists for many decades prior to this. The first sailing regatta took place in 1838, and by the 1860s, Sturgeon Point was on its way to becoming the “summer playground” of Lindsay’s middle and upper-class townspeople. A hotel was built in 1876, and private cottages began to appear at about the same time. Steamboats like the Esturion and the Lintonia docked at the Upper and Lower Wharves, where passengers disembarked for their summer holidays. 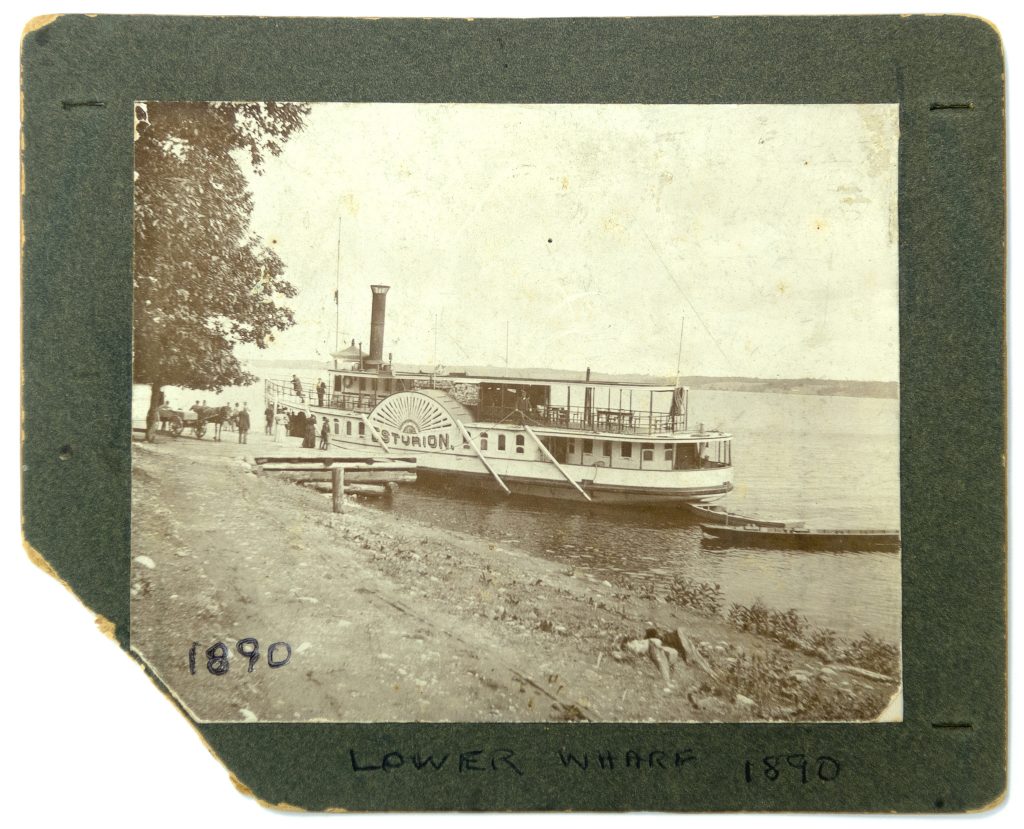 In his “Remembrances of the Happy Past,” W.A. Goodwin describes crossing a frozen Sturgeon Lake while returning to Lindsay from a painting and decorating job in Fenelon Falls:

When half way over it began snowing so hard I could not see Sturgeon Point. However I got over O.K. and took the south east road for Lindsay getting home about 2 P.M.

Goodwin was only in his twenties at the time, and this may or may not have been his first encounter with Sturgeon Point. It would certainly not be his last, however, and for several years he and his family camped in the area before constructing a permanent summer home.