John Breden emigrated to Canada from Ireland in 1832. Along with his brother, he funded a business of supplying meat to the military. This business became apparently quite successful, allowing him to invest in other endeavors such as the Kingston’s Mills. 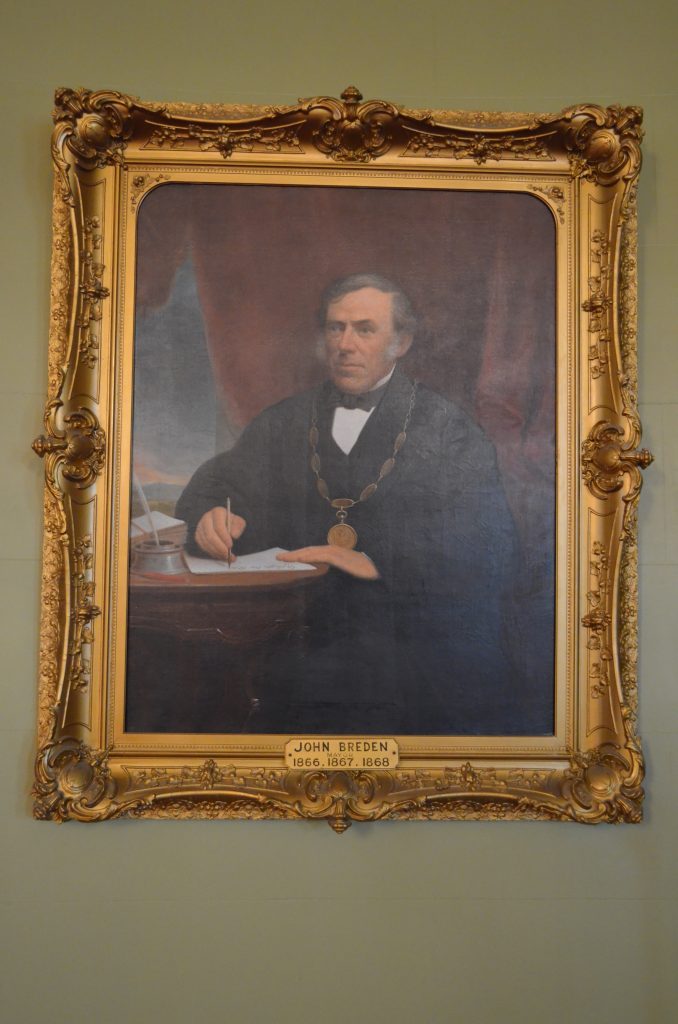 In the 1850s, he decided to enter politics and was elected 8 times as council man. In 1866, he presented himself as mayor of Kingston, and was reelected twice.