During the 1800s, the rapid growth of Kingston’s population as well as the rise of infectious diseases brought with it the growing need for a hospital in the Kingston community. On 17 September 1831, a community meeting was held at the Kingston Court House to discuss the possibility of the building of a public hospital in or near the town of Kingston. Within three weeks, a total of eighty donors subscribed £1000.00, and in January of 1832, the government approved a grant of £3000.00 towards the building of the hospital. 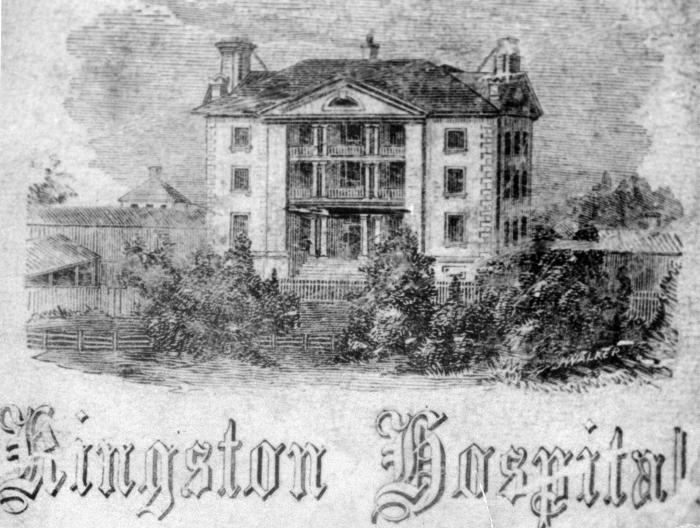 Although construction of the Kingston Hospital building was completed in 1835, a lack of operating funds, however, delayed its official opening as a public hospital until a decade later, in 1845. In the meantime, the hospital building served as a military barracks in 1838, as well as the Parliament of Upper and Lower Canada between 1841 and 1844. 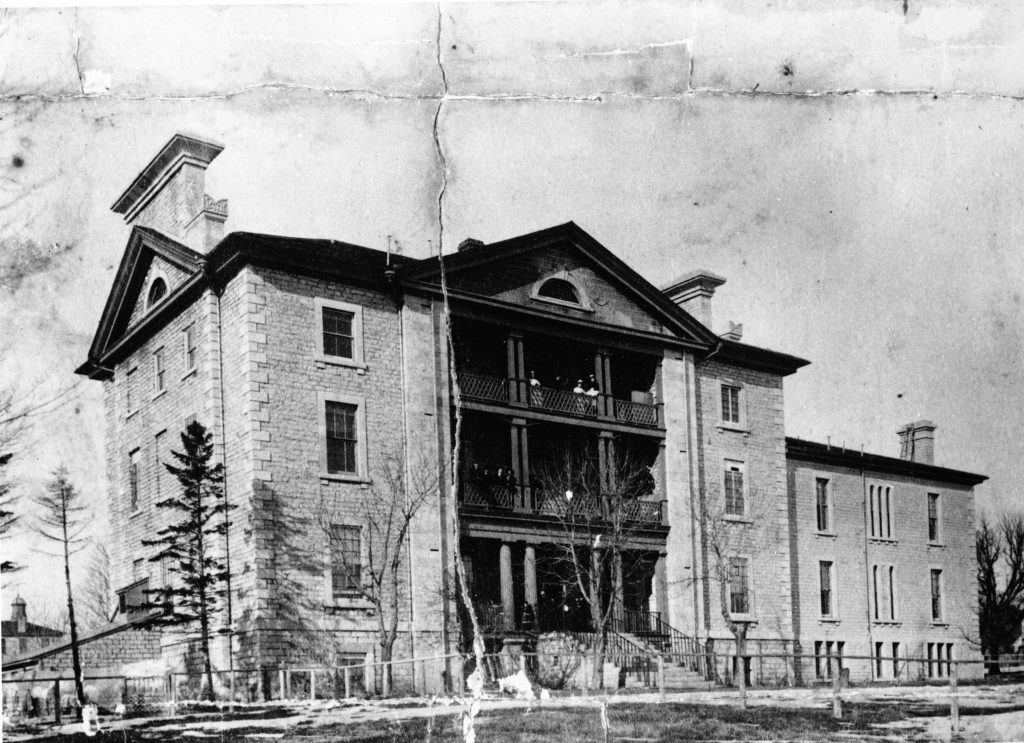 KGH as it would have appeared in 1867 with the new Watkins Wing. Courtesy KHSC, KGH site Archive

During the mid-1800s, the spread of infectious diseases had a devastating effect on members of the local Kingston community and its immigrants. The hospital not only provided a place to accommodate and isolate patients during these epidemics, but also provided care for those in the community who lacked the means to pay for medical care at home, by providing food, shelter, and other necessities to treat the sick. The hospital also was of great importance to medical students studying at Queen’s College, who received on-site training at the hospital. 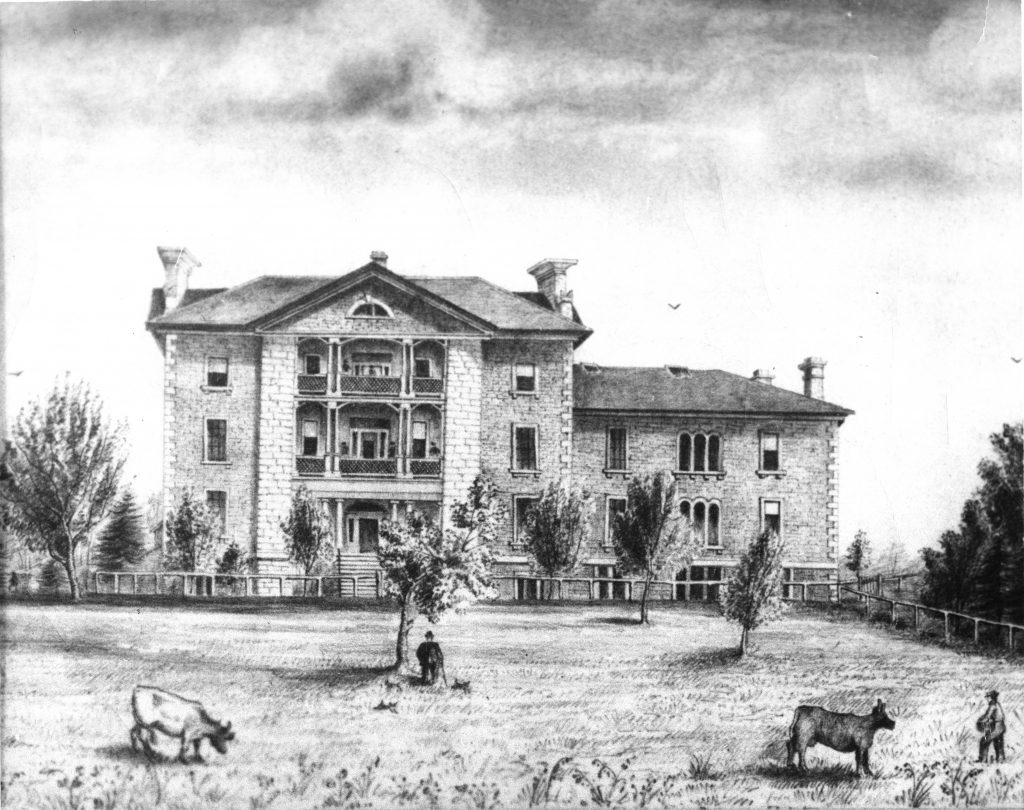 The grounds around KGH would have been quite different in 1867. Courtesy KHSC, KGH site Archive