Born in 1819 in Dungannon, Northern Ireland, Dr. John Robinson Dickson played an important role in improving medical training in Upper Canada. In 1838, before he had finished his studies at Anderson’s College in Glasgow, the Dickson family immigrated to Canada. 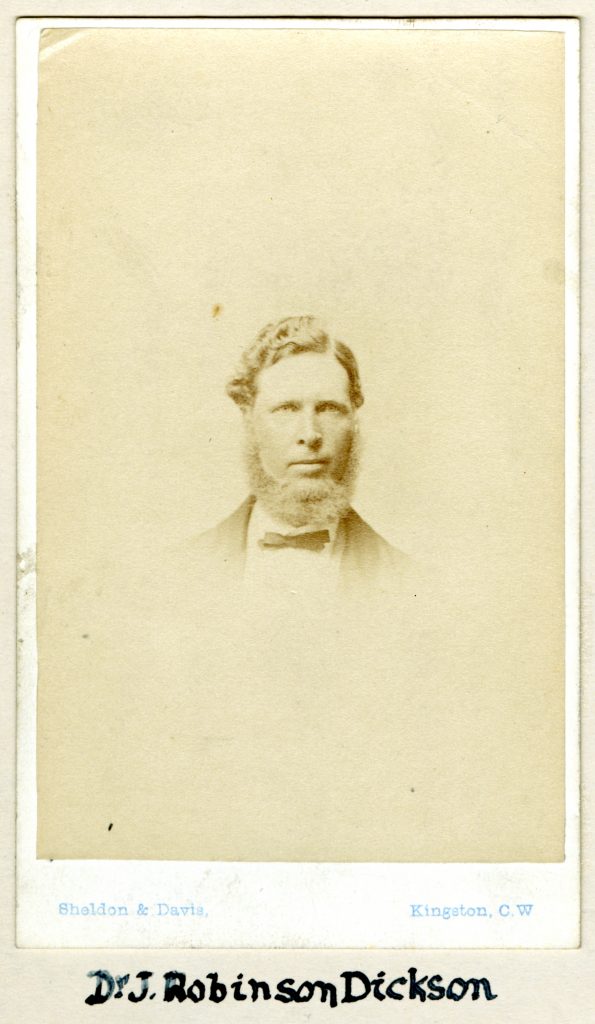 After two years working in partnership with Dr. Hutchinson in Peterborough, Ontario, Dickson traveled to New York University where he received his degree of MD in 1842.

Returning to Canada, Dickson worked as a visiting physician and surgeon at KGH. Recognizing the need for better medical training in Canada, Dr. Dickson organized a meeting at John A. Macdonald’s house, along with other physicians, to discuss the establishment of a medical school in Kingston—a proposal which lead to the establishment of the Faculty of Medicine at Queen’s College in 1854.

Dr. Dickson was appointed professor of the Principles and Practice of Surgery, and in 1861 became Vice-President of the faculty (a title which was changed to Dean two years later). In 1866, when the Medical Department of Queen’s became the Royal College of Physicians and Surgeons of Kingston, he was appointed President and Professor of Surgery, a position he held until his death in 1882.