The International Association of Lions Clubs, or Lions International, is credited to Melvin Jones who was instrumental in the creation of the club; however, the organisation has its roots in an earlier group called the Royal Order of Lions.

Dr. William Perry Woods of Evansville, Indiana charted the Royal Order of the Lions as a secret fraternal society on August 8, 1911.  The club grew to include members in Texas, Louisiana, Colorado, Kansas, Oklahoma, Ohio and Pennsylvania.  Conflict arose when people became disenchanted with the rituals and secretive aspects of the club.  As these issues came to a head one member, Chicago businessman Melvin Jones, organised the International Association of Lions Clubs.  The organisation was ratified by resolution of the majority of members at their inaugural meeting on June 7, 1917.

The Pas Lions Club has been an active participant in the history of The Pas. Under the sponsorship of the Lynn Lake Lions Club, The Pas Club was established on October 23, 1957. District Governor H. Espe later presented the club with their official charter during a banquet at Guy Hall in The Pas on November 29, 1957. This event was so popular that Charter Night was celebrated as an annual event. 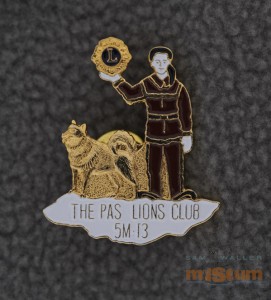 There were 33 original charter members:

Membership reached a high point in the 1970s with 55 members, but membership remained at about 30 members through most of the history of the club. Some decline has occurred in recent years. Membership was initially restricted to men and the members came from different business, professional and career categories.

Meetings have been held in a variety of locations over the years: Mr. Bobs, the Opasquia Hotel (currently the Town Centre Hotel), the Cambrian Hotel, the Avenue Hotel (currently the New Avenue Hotel), the Paris Café and the Norlite Hall. Meetings were held twice a month to talk about current and ongoing projects as well as providing a chance to have dinner and socialise with other members. 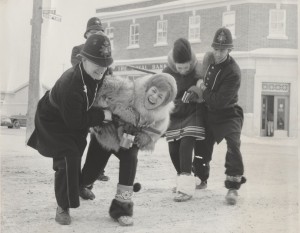 The Pas Lions took an active role in the community. They operated the first Winton Pool, located in Devon Park, next to the Saskatchewan River. Proceeds from this project were put towards the construction of the current Winton Pool. They provided an annual bursary to a Margaret Barbour Collegiate Institute high school graduate to assist in post-secondary costs, made major contributions to the Marigold Centre Daycare, and for many years assisted in operating The Pas’ Handi-Van (a van for door-to-door service for people with mobility issues). The Lions were also present at the annual Northern Manitoba Trappers’ Festival, held each year in mid-February. They helped in areas including King Trapper events, the Beard Growing Contest, the sound truck used during the Festival, Keystone Kops (“cops” who would “arrest” then fine Festival-goers who were found to not be wearing fur) as well as various novelty events. 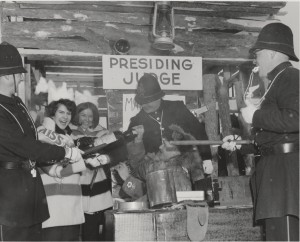 Fundraising was a major part of Lion’s work in The Pas. The club held various fundraising events such as circuses, flea markets, auto shows, bingos, snowathons, paper drives, telephone book deliveries, raffles and auctions to name a few. These funds were used to help the community in a variety of projects. On an annual basis, the Lions also canvased the community to raise money for the Canadian National Institute for the Blind.

The history of The Pas Lions would not be complete without The Pas Lion’Ls, the women’s group. Their first meeting was called to order on April 13, 1959, including the following executive committee:

The objectives of the Lion’Ls were to assist The Pas Lions in charitable functions, the community’s welfare, and further friendship among its members. They raised funds through concessions at events, raffles, bake sales, bingos, yard sales and the sale of holiday wreaths and centrepieces. They supported the Northern Manitoba Trappers’ Festival Fur Queen Fashion Show and Tea.  They also worked with intellectually challenged children who in turn produced items for the Lion’Ls convention.  Many efforts to beautify The Pas were made; these included providing flower pots with an assortment of flowers that were placed around the community. 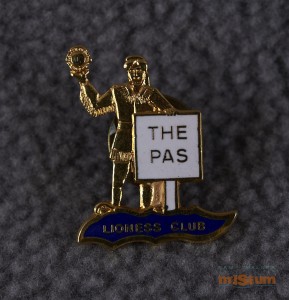 While the Lion’Ls were traditionally an auxiliary to The Pas Lions, this all changed in 1994. Due to new legislation within the organisation and the changes in the membership of The Pas Lions as well as the Lion’Ls, the groups were merged to form the Northern Lites Lions Club, a club that encompassed both men and women who continued carrying on the objectives of their original clubs.