The local chapter of the Order of the Eastern Star, Opasquia No. 24, was instituted on February 22, 1930, with thirty members. The formal charter was later granted on June 4, 1930, lists the charter members and their positions as follows:

Generally, membership has been solid over the years.  There were 47 local members and 30 non-resident members in 1955, then 41 resident and 47 non-resident members in the early 1980s. Currently, there are approximately 95 members in Opasquia No. 24.  However, this number now includes members from now-closed chapters in Churchill (Samuel Hearn No. 61), Lynn Lake (Dawn No. 64), Thompson (Chimo No. 68) and Flin Flon (No. 29) which folded into The Pas chapter. Locally, as of 2016 there, are about 18 members. 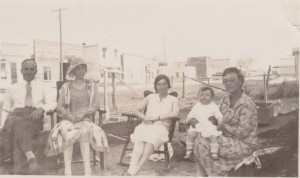 Meetings have always taken place at the Masonic Hall in The Pas. Originally the hall was located on the northwest side of Fischer Avenue between Byng Street and 1st Street West. Later the Masons, and therefore the Order of the Eastern Star moved to 145 LaRose Avenue. This was their home for many years. Following the sale of the LaRose building, they met at the Elks Hall until finally meeting at 214 Edwards Avenue, the current home of the Freemasons of The Pas.

As the Depression grew, members of the local O.E.S. chapter began organising meals for the Masons at fifty cents each as a fundraiser. Members sewed, knitted and quilted to raise money; they provided items free of charge to those that needed them. The proceeds from this as well as other fundraising attempts went to help those affected by the Depression. Not forgetting about the Masons who had given great support in their first few years, the Chapter agreed to make an annual donation to the Masons to assist with the cost of their new hall. 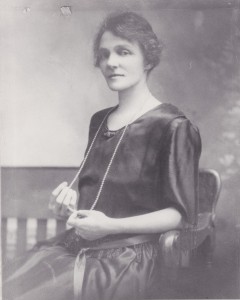 As Canada recovered from the Depression and World War II was underway, the members of the Opasquia No. 24 chapter went into full swing. Community drives and tag days (days where funds were collected with donors given a “tag” to show their participation) were organised to raise funds for those affected by the war overseas. Part of their efforts included sending money to the Grand Chapter to support their mobile kitchen and purchase wheelchairs.

Following the Second World War, Chapter members continued work with the Red Cross, Grand Chapter hospital projects, Save the Children Fund, Pennies for China and the March of Dimes. Locally, members were busy helping the Clearwater Lake Sanatorium, located 42 kilometers north of The Pas at Clearwater Lake, in addition to various other local projects such as providing gifts to children for the holiday season. Assistance was also provided to the new rink that was being built in The Pas. Great effort was put into helping Eventide Home in The Pas, a volunteer-run care home for seniors. Blankets and linen were provided as well as funds to help purchase windows and flooring. Throughout the 1950s, the Opasquai No. 24 Chapter became involved with the Grand Chapter’s Cancer Control efforts. It became one of the first Chapters to produce dressings for cancer patients.

Upon moving to the new Masonic Hall in 1961, the members of the Chapter assisted in decorating as well as producing drapes for the windows. In 1965, the Order of the Eastern Star donated a television set to the Eventide Home for residents to enjoy. In that year the Chapter also published a cookbook, selling 500 copies at a dollar and a half each.

Through the 1970s, members of the Chapter continued to produce quilts and hooked rugs for fundraising raffles. A bursary was started for the local high school, Margaret Barbour Collegiate Institute, presented to a successful student upon graduation. This continues to this day with a value of $500. It was during this time that the members began supporting the Eastern Star Chalet project through the selling of raffle tickets and donations. The Chalet is an affordable apartment complex in Winnipeg, Manitoba, for individuals 55 years of age or older. The building features one level, single and double occupancy suites, games and activity areas, meal programs, green spaces and a library.

The charity of Opasquai No. 24 has continued throughout the years. An award is presented each year for spoken poetry at The Pas Music and Fine Arts Festival. The Chapter currently provides a large part of the breakfast programs for the Kelsey Community School, Mary Duncan School, and Opasquia School. Hand knitted mittens are also provided to children who are going without in these schools, as well as local daycare centres, Aurora House, a women’s shelter, and Oscar’s Place, a homeless shelter. Members knit blankets for residents of St. Paul’s Personal Care Home and Rod McGillivary Memorial Care Home. Every June, members prepare a birthday party for residents of St. Paul’s Personal Care Home. A flower and card are presented to celebrators, with cupcakes and entertainment provided to all residents. Stuffed animals are collected and provided to Child and Family Services, the local RCMP detachment and Aurora House to distribute to children who have had to leave their comforts behind.