The Kinsmen of Canada began when Harold Rogers, returning to Hamilton, Ontario, after World War I, wished to join a local service club but was denied membership. The club in question had strict rules stating only one person from each employment category be accepted. As his employment category (a salesperson within the plumbing industry) was already represented by his own father, Harold was not allowed to join. Harold then approached his friend Harold Phillips about raising interest among their peers to form a service club for men their age. The first Kinsmen Club was formed on February 20, 1920. Their purpose, beyond companionship, was to institute community service. At their convention in 1926, it was decided Kinsmen would function as a national service club.

The Pas Kinsmen Club was officially founded on February 16, 1960, when its charter was granted by the National Association of Kinsmen and Kinette Clubs of Canada. When founded there were 30 members of the club.

The club has been in several locations over the years, including the Norlite Hall in the 1970s.  In the early 1990s, the club prepared for and moved to their current location in the Kin Centre at 324 Ross Avenue.  The Kinsmen provide this building as a free or low-cost meeting, training and office space to The Golden Agers, the Northern Manitoba Trappers’ Festival, The Pas Girl Guides, The Pas Boy Scouts, Kelsey Trail Snow Riders and the Trappers Golden Nugget Casino as well as many other groups.  The building isn’t just used by others, the Kinsmen hold their executive and general meetings as well as various functions, meetings and holiday parties.

Throughout the years, the club has had a positive impact on the community. Since 1961, the Kinsmen have provided their services to the annual World Championship Sled Dog Race held every year during the Trappers’ Festival. The Pas’ own Armand “Pitt” Lambert, son of Edwin Lambert, the 1949 Dog Sled Race Winner, joined The Pas Kinsmen in 1976. He has served as Registrar of the races since then while spreading the word of the annual Dog Race across North America. 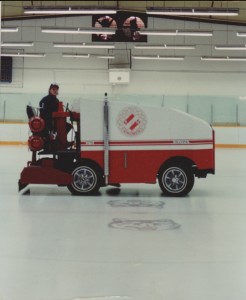 Recognizing the shortage of housing for seniors in the area, the Kinsmen went to work, resulting in Kin Kourt located on Cathedral Avenue. It is a housing development that was managed by the Kinsmen of The Pas until recently. This development is a seniors’ dedicated building housing 25 suites with a variety of one bedroom and bachelor suites.

More recently the Kinsmen committed $75,000 towards the construction of the Kinsmen Work Place. The building, located at 108 Edwards Avenue, houses a thrift shop called “New to You” as well as a centre for adults with intellectual disabilities to work and learn various life skills.

In 1999, in conjunction with the Rotary Club of The Pas and the Town of The Pas, the Kinsmen began work on a 10 kilometre walking and biking trail for the community. This project involved general landscaping such as laying sod and planting trees as well as paving large sections of the 10 kilometres and building a bridge. The greatest parts of the work were completed by 2003 after $400,000 had been put into the construction and maintenance of the trail, including $20,000 from Tolko Industries Ltd. for paving and benches.

Since the 1990s the Kinsmen have helped spread holiday cheer by selling Christmas trees during December. Around 200 trees of different species are sold each year with the profit being distributed to those causes in the community that need it most.

To show appreciation, not just the wives of the Kinsmen, but to all the women of the community, the Kinsmen have been putting on Ladies’ Nights since 2010. These events are meant to be a first-rate night with all the formalities of a five-star experience. Shuttle service is provided both ways for guests who can then enjoy a memorable evening of good food, terrific drink, excellent entertainment, and prizes.

The Kinsmen are always looking to serve the community by holding many events and fundraisers.

Kinsmen and Kinettes across this great country share a common mission statement:

Internal Mission: “The association will provide opportunities for members and clubs to develop leaders and to service their communities.”

The Pas Kinsmen have embraced that mission in their community endeavors.