Elizabeth Münch Power’s main memory of her father’s shoe shop is the smell: “What people remember about the store is the smells, the smell of the leather and of the glue and things like that when you come in.”

In 1920, Hermann Münch was born in Sandhausen, just outside Heidelberg, Germany and his wife Gabrielle (nee Bozec) Münch was born in Douarnenez, Brittany, France. They moved to Quebec, Canada in 1951 following the Second World War through a sponsorship by the Gagnon family. Hermann worked in a logging firm and a concrete factory in Quebec before learning of an advertisement for a shoemaker in Grand Falls, Newfoundland. Hermann interviewed with Joe Byrne, and the family moved to Grand Falls in 1952.

Hermann worked with Joe Byrne in his sporting shop on High Street in Grand Falls before deciding to open a shop of his own in Windsor. The first shop he owned was next to the pool hall and the Globe Restaurant on Main Street. The Münch and Chow families became very close during this period. In 1964-65 Hermann moved the shop down Main Street into an old warehouse owned by George Stewart, closer to the Münch family home.

“He also had a sewing machine. Oh, now Dad could sew. I mean anything! Because you would have to sew and there’s a lot of stitching in a leather shoe, but he also used to fix things like the – let’s say the hockey team. If there was some hockey equipment because at the time all the pads and things were leather, he would be able to sew that up as well. Belts he could fix, purses. He got into making his own little things.”

In 1974 the family moved to St. John’s, where Hermann worked for the prosthetics and orthopedics department at the General Hospital. This move meant that Hermann and Gabrielle’s children were able to go to Memorial University of Newfoundland while living at home, and his job provided Hermann with a pension. 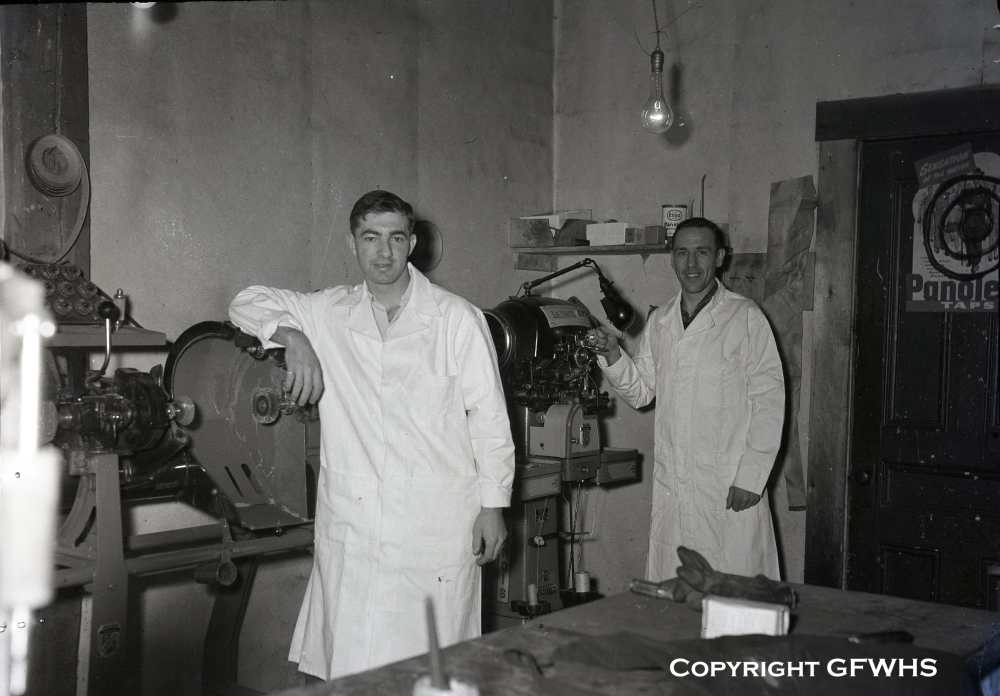