Harry Chow and Marjorie (Breen) Chow inside the Globe Restaurant. Circa early 1970s.

“The Globe Cafe was run by Harry Chow and Marg, and as youngsters you could go in and get your chips and your Coke or whatever and there was meals being served there,” Frank Beson recalls.

Originally from Hoi Ping, Canton, China, laundryman Harry Chow came to Port aux Basques, Newfoundland on the SS Caribou in 1935 at the age of 24. After paying the Chinese Head Tax, he settled in St. John’s where he worked for a period before moving to Windsor. While in Windsor, Harry worked in the Globe Cafe, which he eventually purchased and renamed the Globe Restaurant.

Harry Chow did not speak English well and as an immigrant was unable to obtain a bank loan to purchase the Globe Cafe.  Through the generosity of a well-known Windsor businessman, Harry was able to borrow money to buy the restaurant.  Harry’s daughter, Madeline Chow Healey, noted that her father was a hardworking man who hired many people from Windsor and gave back to the community.  Harry was also known for sponsoring other Chinese immigrants and helping them establish themselves in Newfoundland. 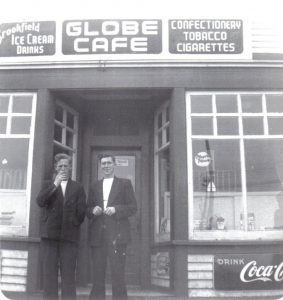 Harry married Marjorie Breen, who worked with him at the Globe Restaurant, and the couple raised their family in Windsor. Harry had a close relationship with many other merchants and business owners on Main Street.

“The first shoe shop was next to the pool hall. It was on Main Street and at that time it was next to the Globe, Chow’s restaurant. Mom and Mrs. Chow got to be very good friends over the period of the businesses being side by side.” 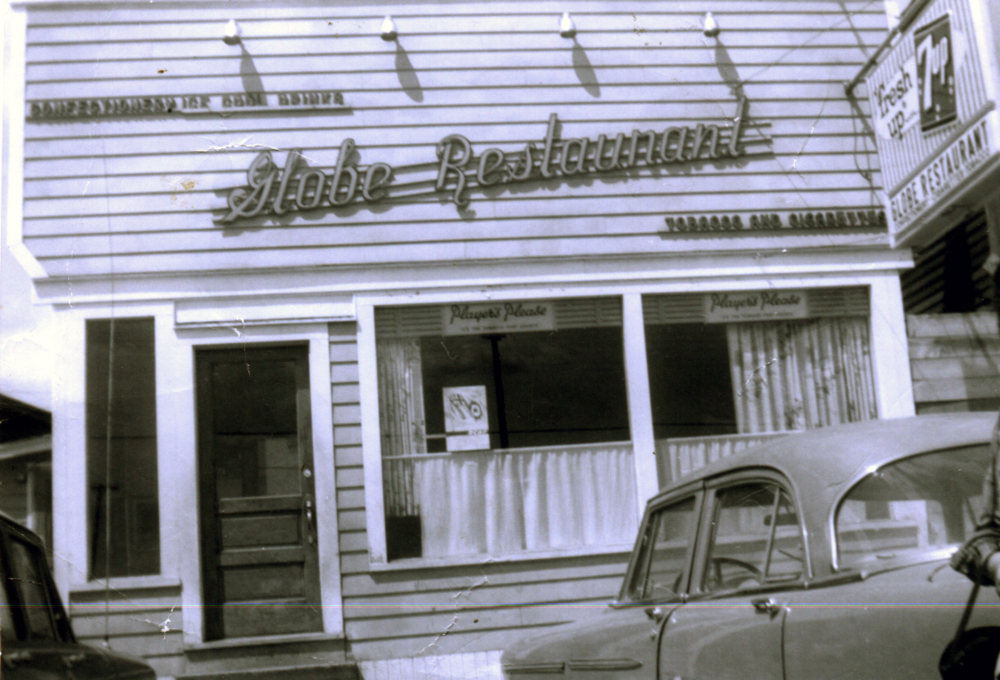 Ernst Becker and the Smallest Store in Newfoundland Snazzy, Totally Snazzy! A Peek Inside Cohen’s