Health-care workers were overwhelmed by the crisis. Nurses from regions unaffected by the ice storm volunteered to lend a hand in the Montérégie region, mainly working in the shelters and CLSCs; 30% of these volunteers came from the Saguenay region. InSaint-Jean-sur-Richelieu, CLSC workers were put up at the Hôtel Gouverneur. The head of the CLSC board of directors, Alain Beauchamp, had to make sure his employees were reimbursed for their expenses but, like everyone else in the disaster area, did not have access to his organization’s funds to pay his employees and make sure they could get around. He made an arrangement with the restaurant Le Coq Rapide, which was accepting cash payments only at the time. Every week, the CLSC representative would swap a cheque for cash from the restaurant. One of the restaurant’s founders, Pascal Benny, told us that it was a satisfactory arrangement for him, too, because it was worrying to have such large quantities of cash around and not be able to deposit it in the bank. 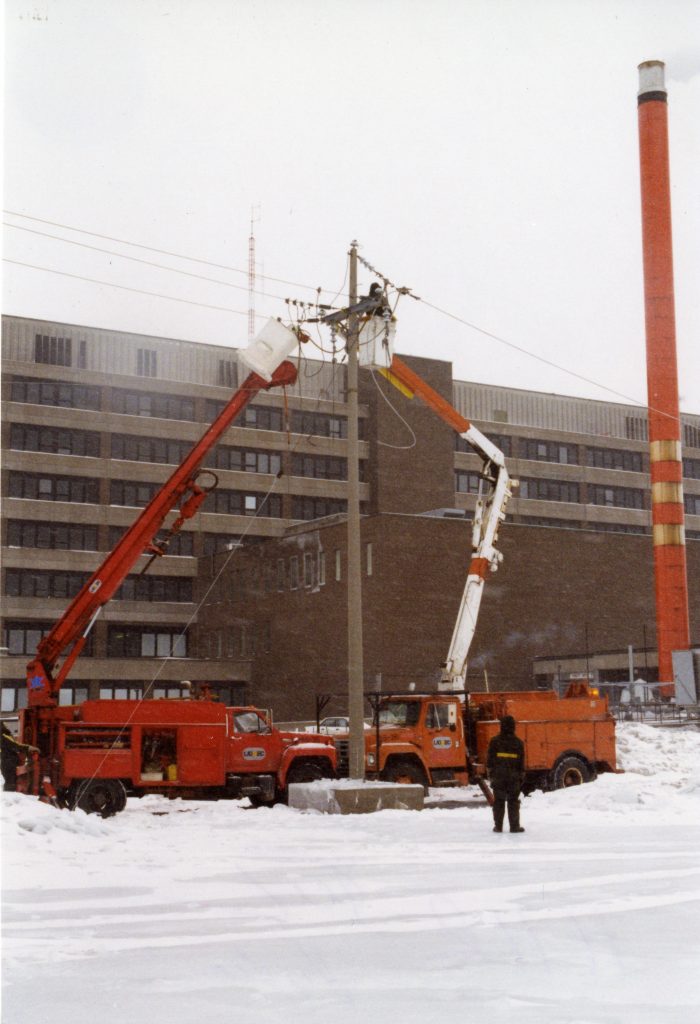 Hospitals were also overcrowded and overwhelmed. Although Hydro-Québec supplied these institutions, which are one of the priorities in a power outage, with electricity through emergency lines and generators, it was not enough to power an entire building. Hospital operations had to be limited to emergencies and high-priority operations. Hospital staff cared for a number of people who fell off their roofs trying to remove the ice or who suffered carbon monoxide poisoning due to makeshift heating equipment, as well as many cases of hypothermia. Doctors had police escorts to get around and dormitories were set up so that they could spend the night at the hospital. Everyone was exhausted. On January 10, the Saint-Hyacinthe hospital lost all power for 30 minutes and nurses had to ventilate patients manually. In the end, another generator was found. It is difficult to have to make do when people’s lives are at stake!

Improvised heating systems are synonymous with fire risk. During the emergency, Saint-Jean-sur-Richelieu firefighters responded to over 500 calls. It was impossible to answer all these calls themselves and they had welcome help from firefighters in places like Longueuil, Bromont, La Prairie, Chambly, Saint-Paul-de-l’Île-aux-Noix and Saint-Alexandre.Among others, they had to fight a large fire caused by a generator at Carrefour Laplante, where many firefighters were injured.

This unprecedented mobilization from all sectors and regions allowed all regions hit by the 1998 ice storm to pull through it under acceptable conditions and with fairly limited damage.