Generators were scarce during the blackout. Everyone tried to get their hands on one through someone they knew outside the affected area. The luckiest succeeded, while others had their generators requisitioned by the authorities to be assigned to priority services. If you were fortunate enough to have one, you had to keep a close eye on it. In the crisis atmosphere, the risks of theft were high since some people were ready to do anything for a little warmth. Generators for larger buildings such as the Saint-Jean-sur-Richelieu hospital and Chanoine-Armand-Racicot high school (which was transformed into a shelter) were almost as big as a locomotive. Indeed, Lacolle came up with a very unusual temporary solution to the blackout: two large locomotives, which produced electricity for the village.

“Getting your hands on a generator was not easy. The first day I realized that the municipality would need one, I managed to find two in Sorel. I went to go pick them up that night. I went to Montreal to look for six smaller ones, but there were none left. After that, the big ones that I managed to get came from the Saguenay.”

Normand Lefebvre, Mayor of Saint-Cyprien-de-Napierville during the 1998 Ice Storm

During the month of January 1998, people in the Montérégie region relied on this form of power generation for most of their daily activities. Both cellular communications and radio broadcasts depended on generators. Hydro-Québec had all the generators available elsewhere in Canada and the U.S. shipped to the province, from as far as Vancouver and Miami. 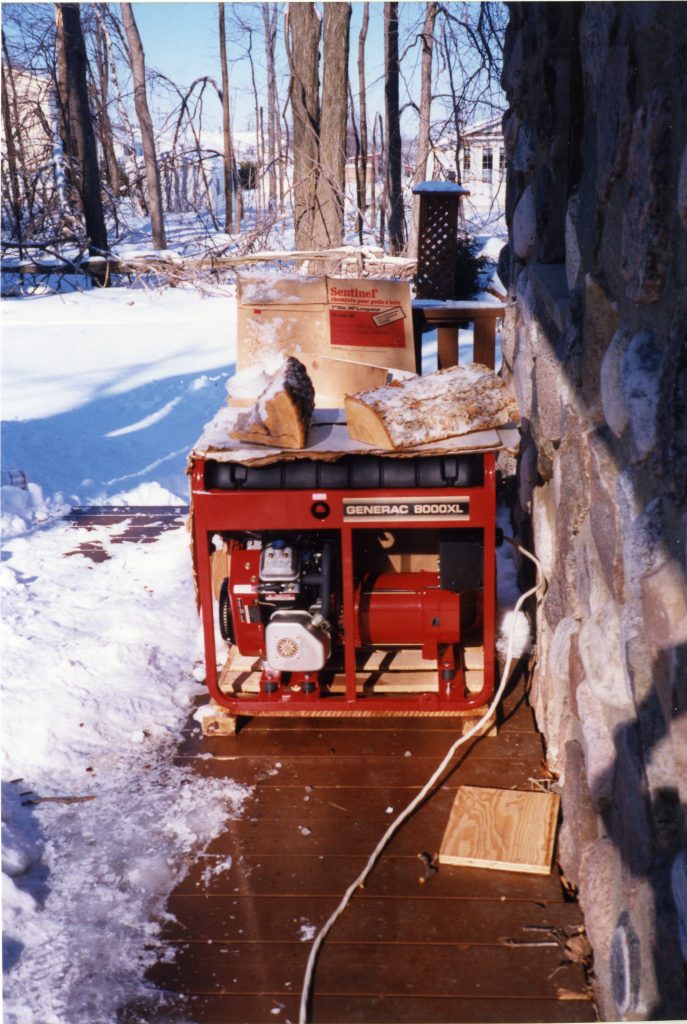