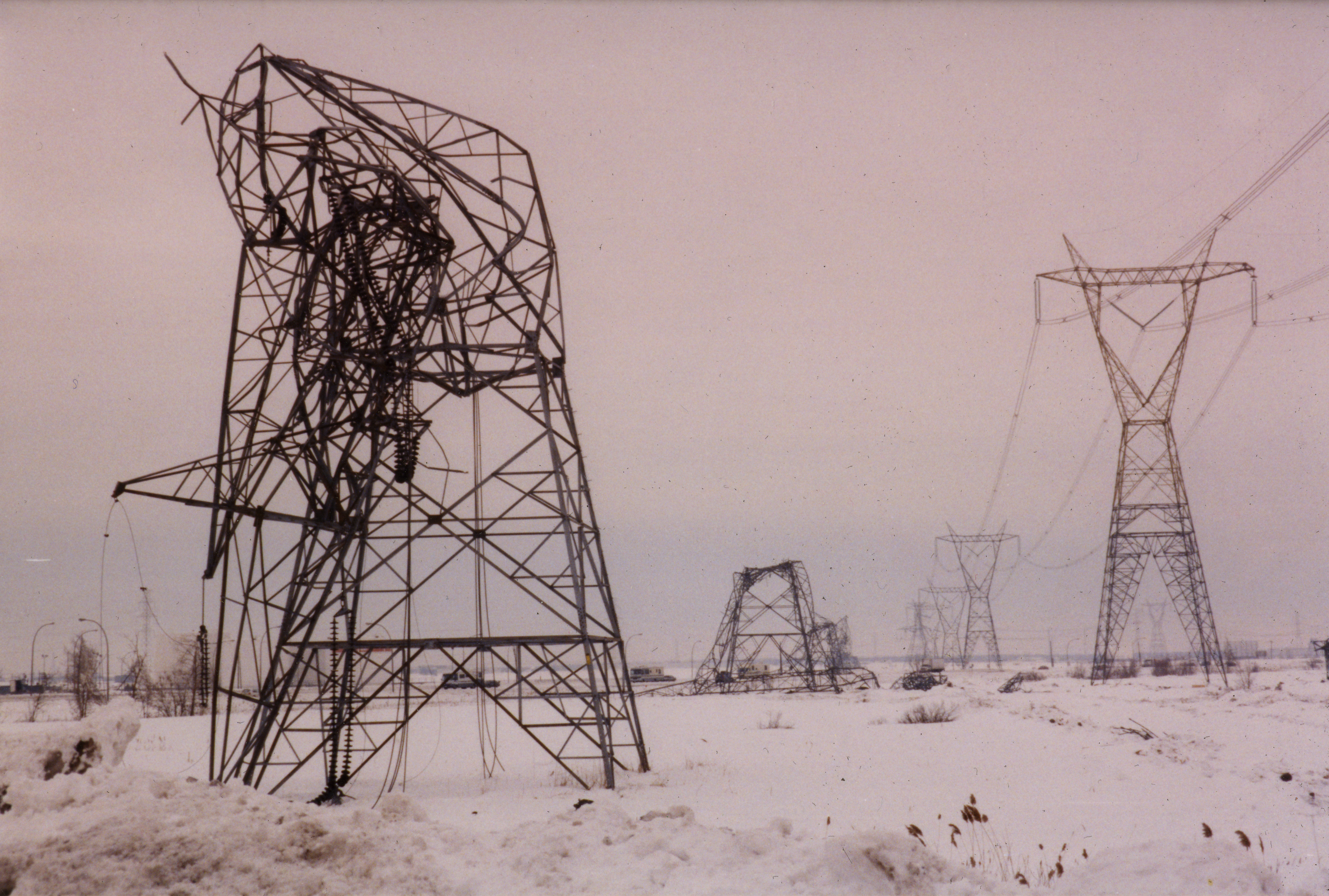 The power outages that occurred during the 1998 ice storm were caused by a combination of ice accumulating on the power lines and wind. In the beginning, only Hydro-Québec’s distribution system was affected (the lines between hydro poles, and running to houses and businesses). The power lines snapped under the weight of the ice and blocked roads, preventing road clearing operations. Transformers exploded, producing a shower of sparks and a flash of light that could be seen for miles. The situation became critical on January 9, also known as “Black Friday”, when the third wave of freezing rain wreaked havoc on the utility’s transmission system, composed of high-voltage lines strung between transmission towers. The towers were not designed to withstand more than 30 mm of freezing rain and crumpled, collapsing like dominoes.

Number of Electrical Outages over Days of the Month of January 1998,  Ref. Musée du Haut-Richelieu

The Saint-Césaire substation, which provides power to the Black Triangle region, failed. It would also be one of the last to be reconnected, on January 26. In Saint-Jean-sur-Richelieu, the power flickered on and off beginning on January 6 and then went out for good on January 9. In response, the so-called “Autoroute Saint-Sébastien” was devised. The 35-km-long line, which was powered by Vermont’s power grid, ran from Saint-Sébastien and crossed Gouin Bridge to supply power to Haut-Richelieu Hospital.

Power began to be restored to customers in Saint-Jean-sur-Richelieu on January 27, although the hardest-hit municipalities like Saint-Valentin had to wait until February 6. In all, nearly 40% of the province’s power grid failed during the 1998 ice storm.

View the video with transcription

For Hydro-Québec, the 1998 ice storm meant 400 damaged transmission towers, 24,000 power poles to be replaced, 120,000 km of downed power lines and roughly 1.4 million customers in the dark for almost a month. It took five weeks to cobble together a temporary power grid but, to rebuild and solidify the network so that it could function adequately during the following winter, Hydro-Québec crews had to work non-stop until December. Today, twenty years later, if you look closely you will find a few power poles here and there that have been doubled, in an effort to shore the original pole up, remnants of the 1998 ice storm.

View the video with transcription

How much freezing rain fell during the ice storm? Nature Turns on Itself