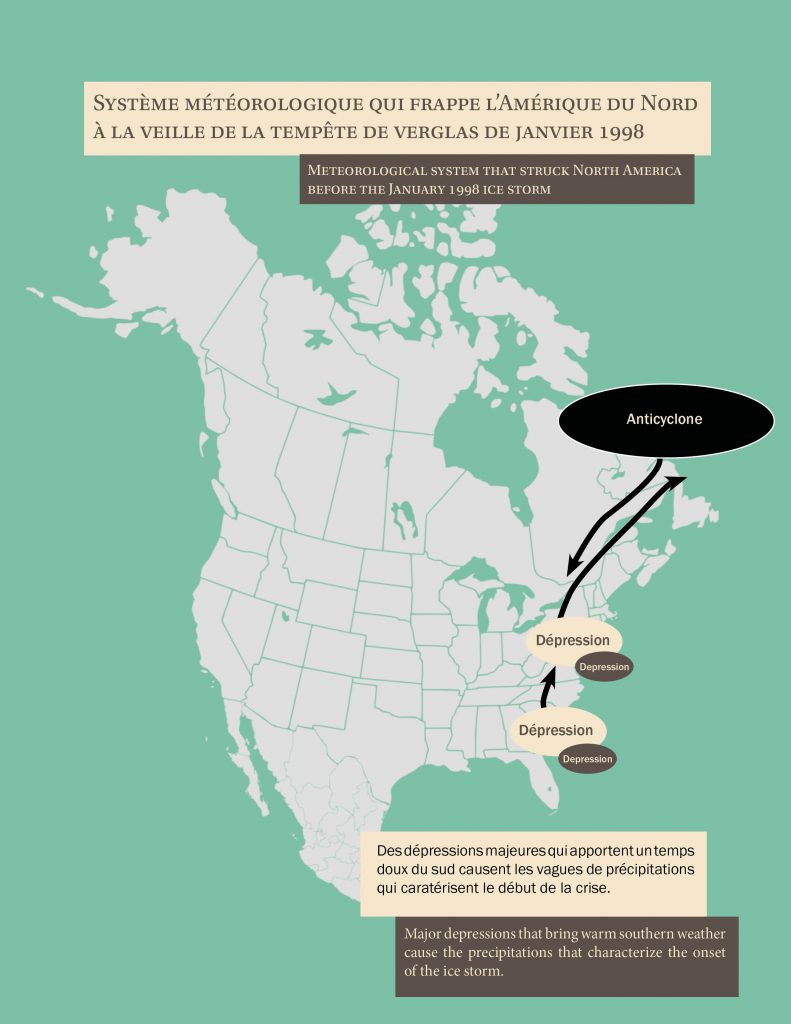 Though freezing rain events are fairly frequent in Quebec, events with such abundant precipitation rarely occur as closely together as they did in January 1998. First, the presence of the warm El Niño ocean current brought warmer than seasonal temperatures, which are conducive to freezing rain. Then, a series of high-pressure systems from northern Quebec maintained a cold ground-level air mass in the southern part of the province. Lastly, a series of three low-pressure systems swept in from the United States, ushering in mild, wet weather. These mid-level lows were sandwiched between the cold air on the ground and the cold air higher aloft, causing the three waves of freezing rain that hit the Montérégie region so hard. This combination of conditions is very rare, and indeed the 1998 ice storm is unique in the annals of Canadian weather history. Between January 5 and 9, 1998, over 80 hours of precipitation occurred, affecting an area of the roughly 100 mm of freezing rain that fell paralyzed cities and power infrastructures. 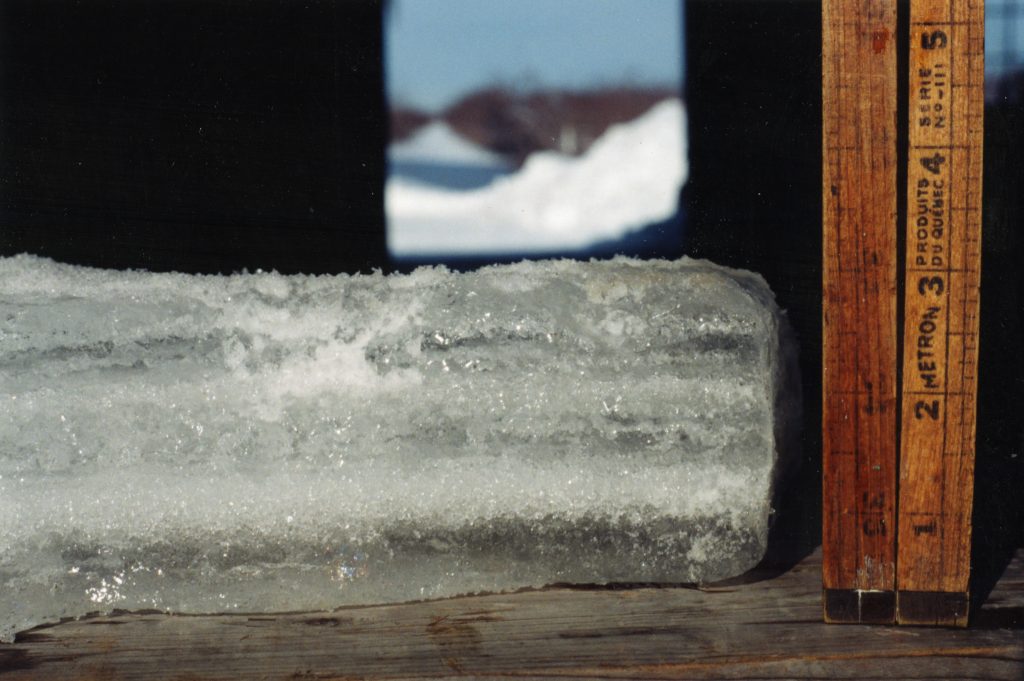 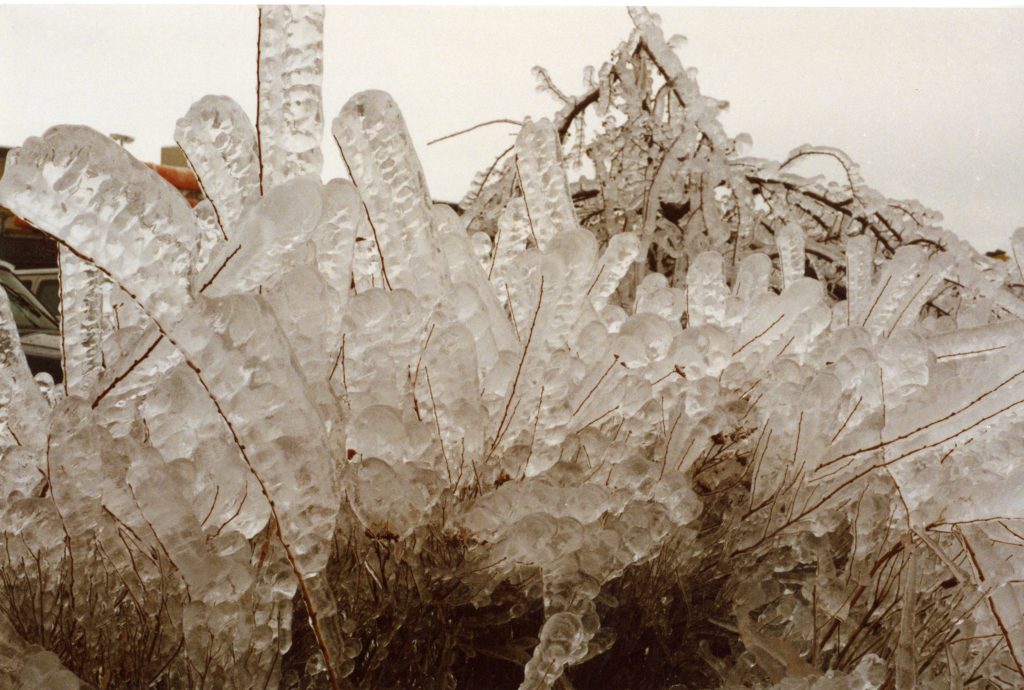 The “Black Triangle” Blackout: The Power Grid in Disarray