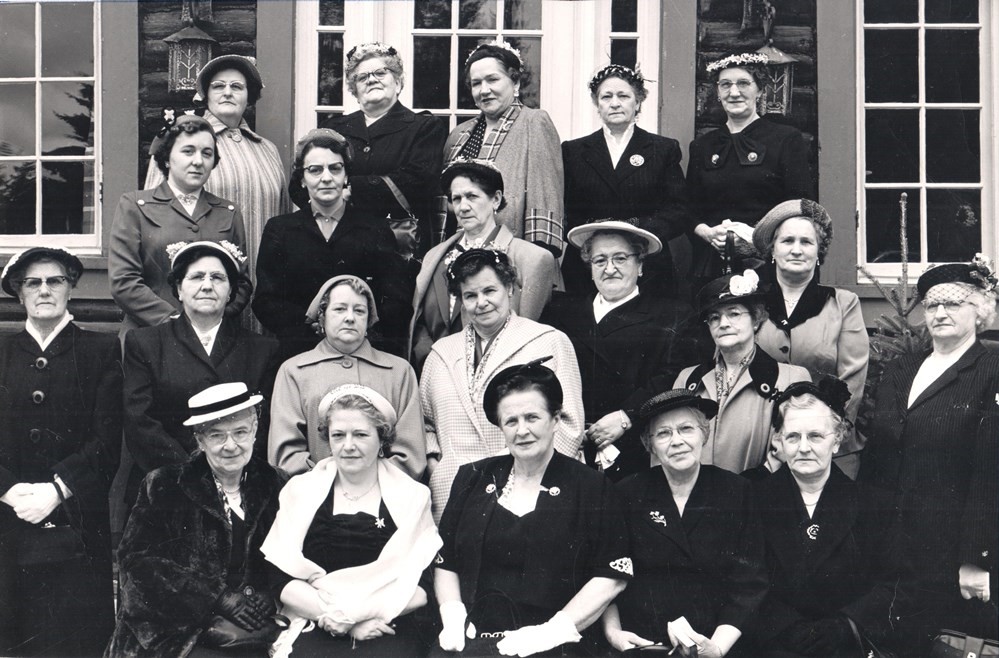 Alice is impressed with how much of the Cercles’ history and achievements were built on the work of women with the courage to commit themselves. In the early days of the association, a male agronomist had to be involved in the founding of every group; yet it’s fair to say that women have been the drivers of the Cercles de Fermières. 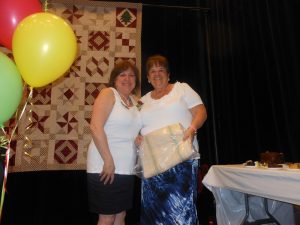 In some regions, a man recruited women to become the first members of the local organization. In others, they came together themselves and simply waited for their county agronomist to provide his support and officially recognize the existence of their association.

In both cases, the new Cercles were managed by women. The experience of holding a position of leadership would be highly formative. Some women acquired management skills and a knowledge of how community organizations operate, which they later used to start businesses or enter municipal politics. 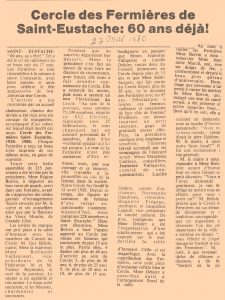 The 60th anniversary of the Cercle de Fermières de Saint-Eustache

Right from the beginning, the Cercles have always aimed to improve the well-being of women and families. The Fermières would readily engage in community projects such as funding home economics classes for girls, sending clothing to young mothers in remote regions, or lobbying a school board to provide access to running water in all its schools. Over the years, the women have continued to make recommendations around issues in education, health and the environment. 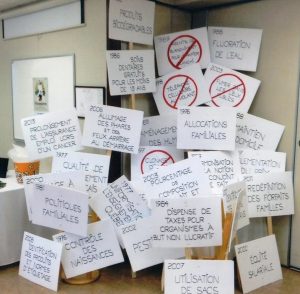 Placards showing the various demands made by the Cercles de Fermières

While the role of mothers has remained important for the Fermières and is a guiding factor in the positions they take, the group has also focused on women’s personal development. In Saint-Eustache, beginning in the late 1960s, the association has invited speakers to give talks on a variety of topics such as yoga, alternative medicine and makeup techniques. The Fermières try to strike a balance between care work and self care.

Tight-knit An Opportunity for Self-Discovery