It takes a lot of perseverance to be a weaver. Not counting the twenty-odd hours needed to set up a loom, it takes nearly three hours to make a single dish towel. Imagine if you want to make them for your eight grandchildren for Christmas. Still popular today, weaving has been practiced in the association since its early days. When the Cercles de Fermières started, the Ministry of Agriculture subsidized the purchase of looms to encourage women to learn how to weave. The Cercle in Saint-Eustache bought a loom in 1932, and it was moved from home to home for many years. 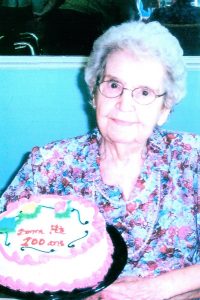 Élisabeth Bélisle on her 100th birthday

That traveling loom may have been the one used by Élisabeth Bélisle to produce a magnificent catalogue (traditional woven rag rug) depicting a hunting scene. She became a Fermière in 1924 at the age of 17 and remained a member of the Cercle until she died at the age of 102. She was known in Saint-Eustache and the surrounding area for her exceptional talent in textile arts. She won many first prizes at joint exhibitions and was often asked to judge at the exhibitions of neighbouring Cercles. 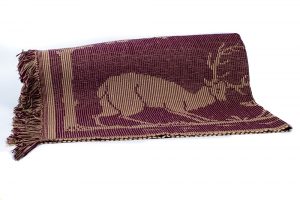 No doubt about it, she was an “outstanding woman”. Her rug is a very precious piece in the Cercle’s collection. 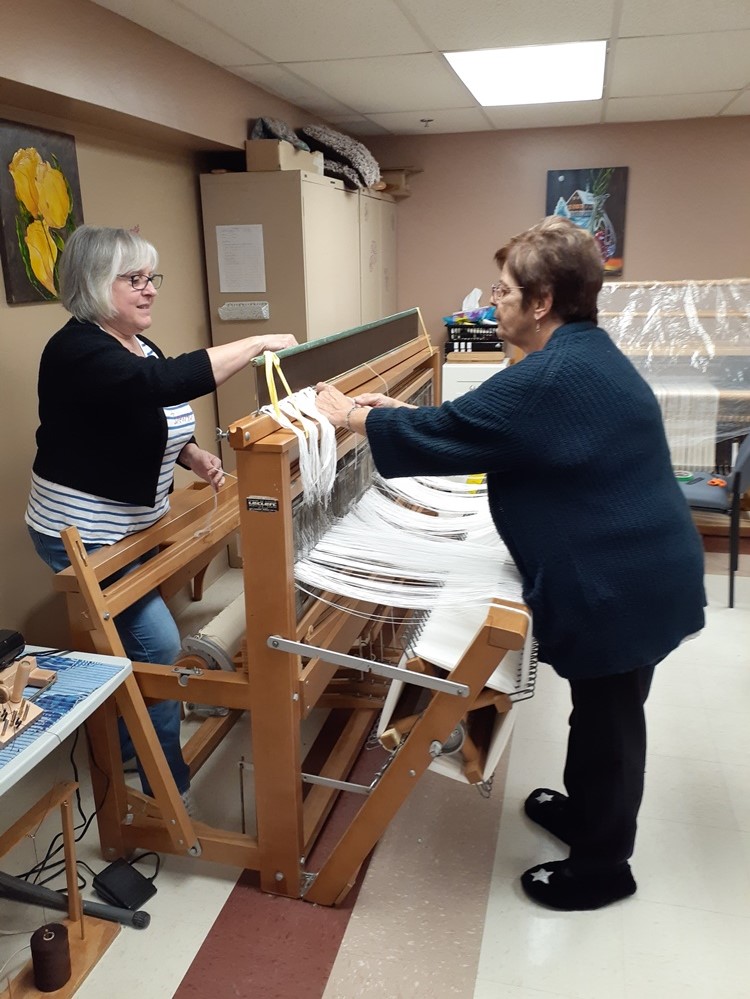 Johanne Désormeaux and Ginette Blais set up a loom

Today there are five looms at the organization’s meeting space, and Johanne Désormeaux is in charge of them. She remembers her early days with the Fermières and her introduction to weaving.

Learning to weave, as told by Johanne Désormeaux. Listen to the audio clip with the transcript (EN).

After years of practice, she knows her looms and all their parts inside out, and it goes without saying that the pieces she weaves always match perfectly in size. She is able to guide the other women as they work on their pieces, whatever they might be making.

Weaving demonstration (subtitles available in EN and FR). Watch the video with the transcript (EN)