When Alice joined the Fermières, some of her friends were a bit surprised. “There are still Fermières in Saint-Eustache?” “Don’t you have to be over sixty to be a Fermière?” “What do you do there? Knit in your rocking chair?” Alice has heard it all. People have expressed these kinds of prejudices to many of the Fermières. Alice has found that the best way to dispel these preconceived notions is to convince people to come and see for themselves. She often says with a laugh, “Just try keeping up with us.” 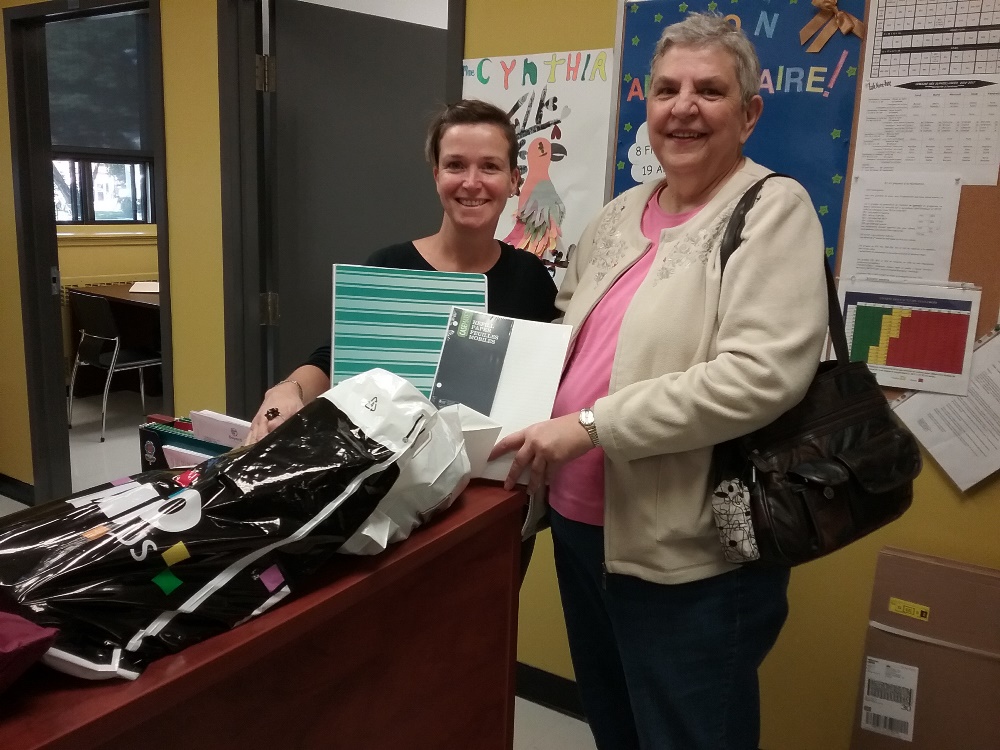 Involvement and pride, as told by Madeleine Cadieux. Listen to the audio clip with the transcript (EN).

Some of the Fermières themselves had preconceptions about the Cercle before they became members. When she joined the organization, Hélène Lamouche, the current president, changed her view of the Fermières. 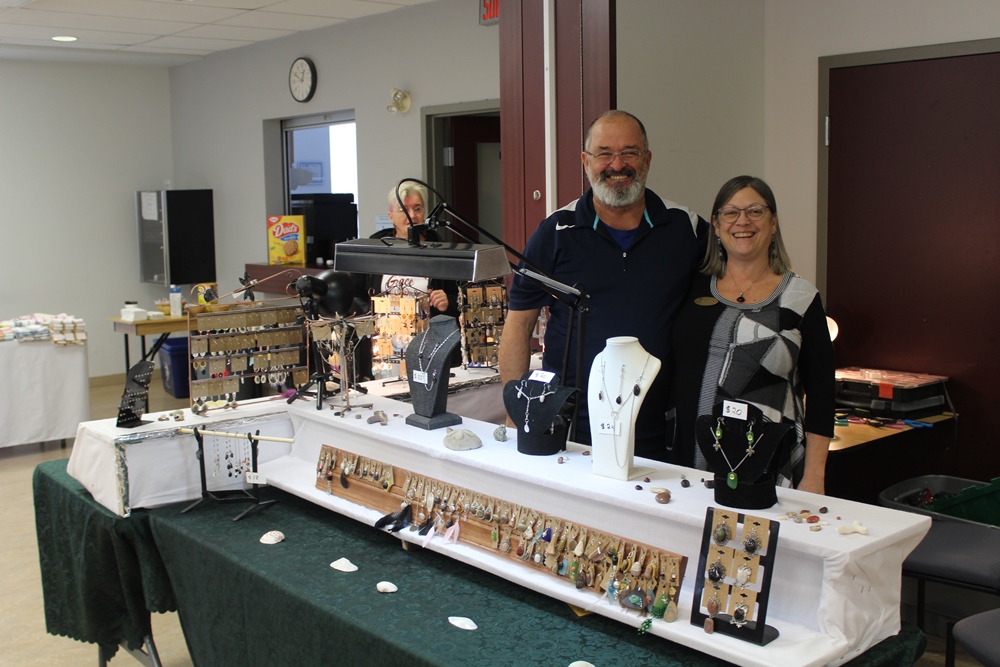 Hélène Lamouche and her husband at the 2019 exhibition and sale

Breaking down prejudices, as told by Hélène Lamouche. Listen to the audio clip with the transcript (EN).

As young Fermière Jennifer Thomas sums it up, the mentality in the organization “is all about paying it forward.” And that’s nothing new.

In the early days of the Cercle, the Fermières contributed to the community by working with the village priest, helping to organize events for the parish, and regularly giving to the needy. Starting in the 1940s, they found a variety of new ways to get involved. 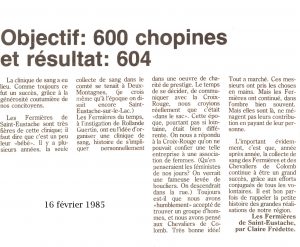 In the 1970s, wanting to do more for their community, the Fermières de Saint-Eustache decided to organize a blood drive. They had their fair share of challenges. In 1972, there were still prejudices about women that prevented them from taking on certain kinds of responsibilities.

The Fermières de Saint-Eustache blood drive (subtitles available in EN and FR). Watch the video with the transcript (EN).

When Alice heard that story, she was quite surprised. Fortunately, times have changed. The Cercle Saint-Eustache takes pride in how socially engaged its members are, and how they rally together around a cause.

A Common Thread: Passing on Knowledge Helping in a Host of Ways