Home to many accordionists and accordion makers, Montmagny had long had a rich musical heritage. But in spite of this, it had never hosted an event to showcase the instrument.

By the late 1980s, Raynald Ouellet had been active in the music industry for several years. A professional accordionist, he wondered if it might be possible to organize an accordion festival. He shared his idea with friends and family members gathered around the kitchen table of his uncle, Armand Labrecque. After much deliberation, a small but enthusiastic team was ready to give it a go! 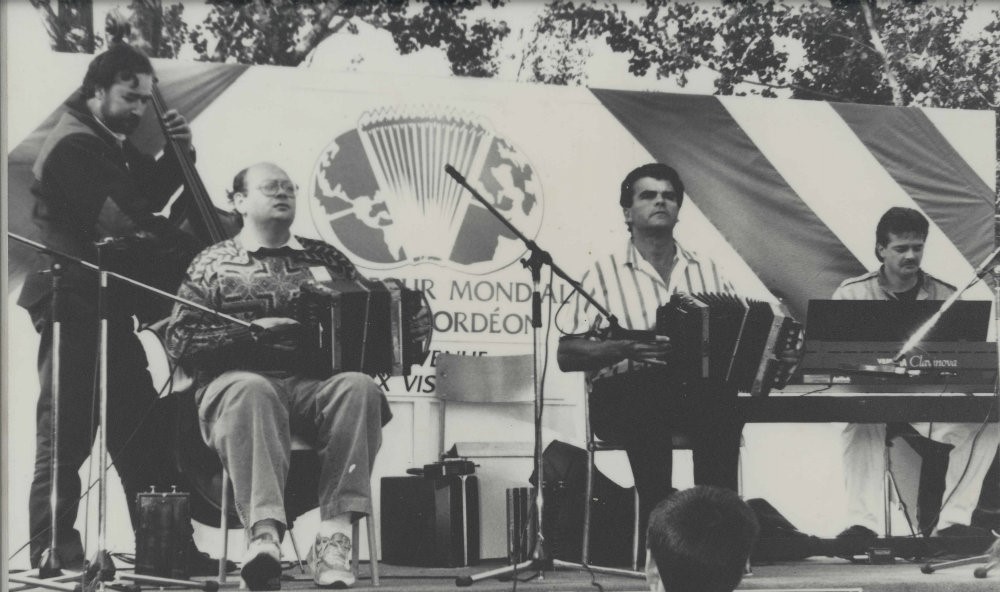 The idea was to organize a musical gathering focused on the accordion. The event would showcase all aspects of the instrument: the assorted types, the different ways of playing, its place in various musical traditions. Inspired by Montmagny hospitality, the committee emphasized the warm welcome that both musicians and spectators would receive. 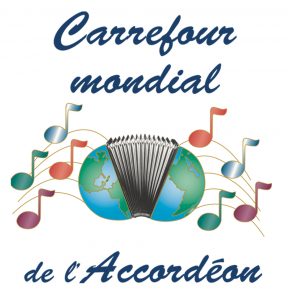 Once it decided to organize an event, the committee had to find a name that reflected its vision. Terms like “festival” and “gathering” were put forward. But carrefour ultimately won the day. Meaning “crossroads” in English, the word is often used to describe a place where various people come to meet. In this case, it reflects the relationship between musicians, as well as their connection with the audience. This idea was also expressed in the festival’s first logo, which shows an accordion uniting isolated continents and their respective cultures.

Accordion Making The Founders and the First Event