The Carrefour mondial de l’accordéon’s first Board of Directors had seven members: Marc Benoît, Armand Labrecque, Roland Gaumont, Aline Messervier, Jacqueline Lagacé, Raynald Ouellet and Richard Guimond. They were like a big family, with each member bringing important expertise to the table. They repeatedly went over every aspect of the event, from the artistic component to communications and technical requirements. The goal was create a friendly atmosphere that would encourage intimate performances.

The original Board of Directors in 1990

The Board of Directors did everything it could to achieve its dream. It received support from the regional tourist boards for Montmagny and Chaudière-Appalaches, from the Montmagny City Council, and from the Quebec Ministry of Culture. Everyone pulled together to make sure the inaugural event, the only festival of its kind in North America, went ahead. At the time, there was no way of predicting the impacts and benefits it would bring. 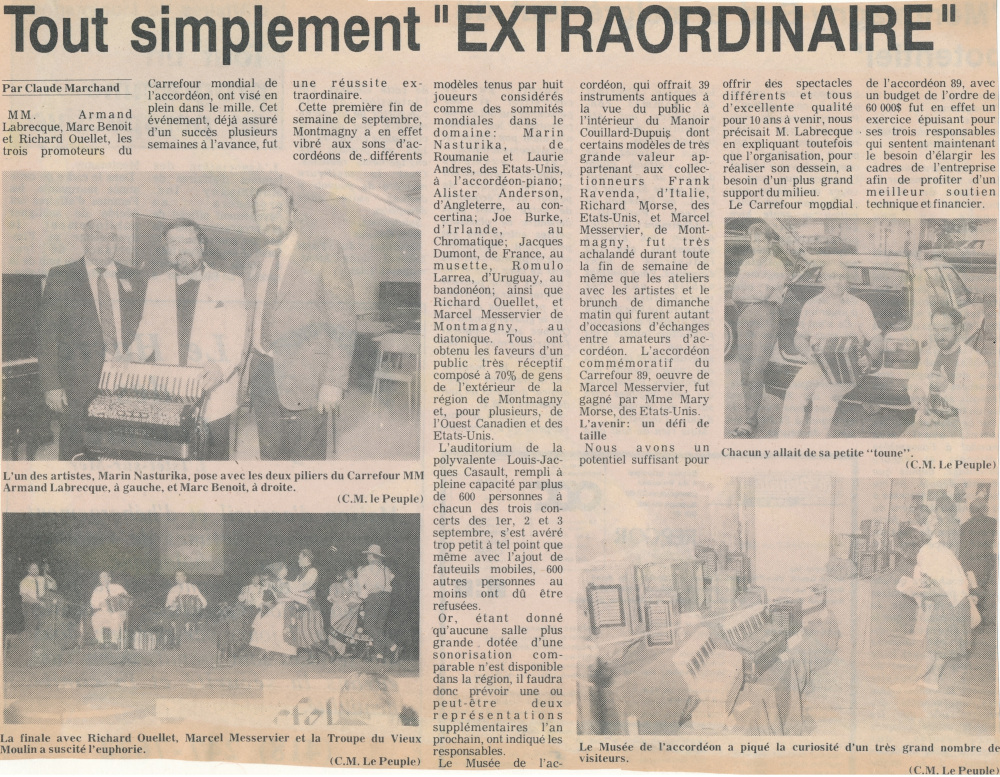 The first Carrefour mondial de l’accordéon was held over Labour Day weekend in 1989. It proved highly successful, attracting thousands of festivalgoers—many more that the organizers had expected. By welcoming artists from all over the world to Montmagny, the inaugural event set the standard for the next 30 years. In 1989, performers came from France, Great Britain, Ireland, the United States, Uruguay, Romania and, of course, Canada. The first-ever festival featured sold-out indoor concerts, workshops, seminars and a temporary accordion exhibition. 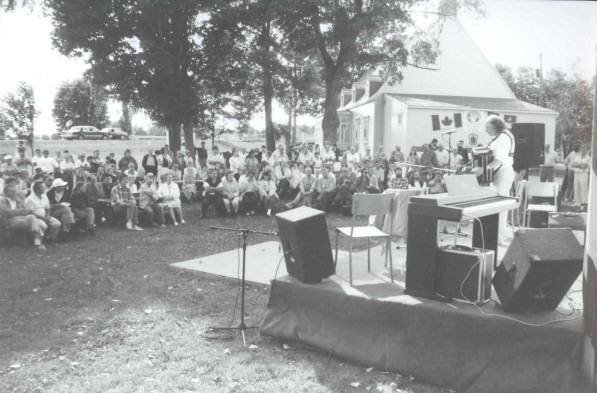 Performance by Jacques Dumont in 1989