Colonists living on Île Jésus used to feel somewhat cut off by the rivers that flowed around it. Communication was difficult and crossing the rivers could be dangerous.

From the very beginning of the seigneury, the residents came up with different systems to get to the mainland or reach the Island of Montreal. The residents later set up ferries, using rowboats at first, at several places on the island. The occupation of ferryman was born.

After the British Conquest, permits to operate a ferry were awarded to the highest bidder, providing jobs for several families on Île Jésus. At Saint-Vincent-de-Paul, Sigouin’s ferry carried residents to Sault-au-Récollet. It was the best-known and most profitable ferry because it provided a direct connection to the Chemin du Roi [King’s Road], the main road on the island. 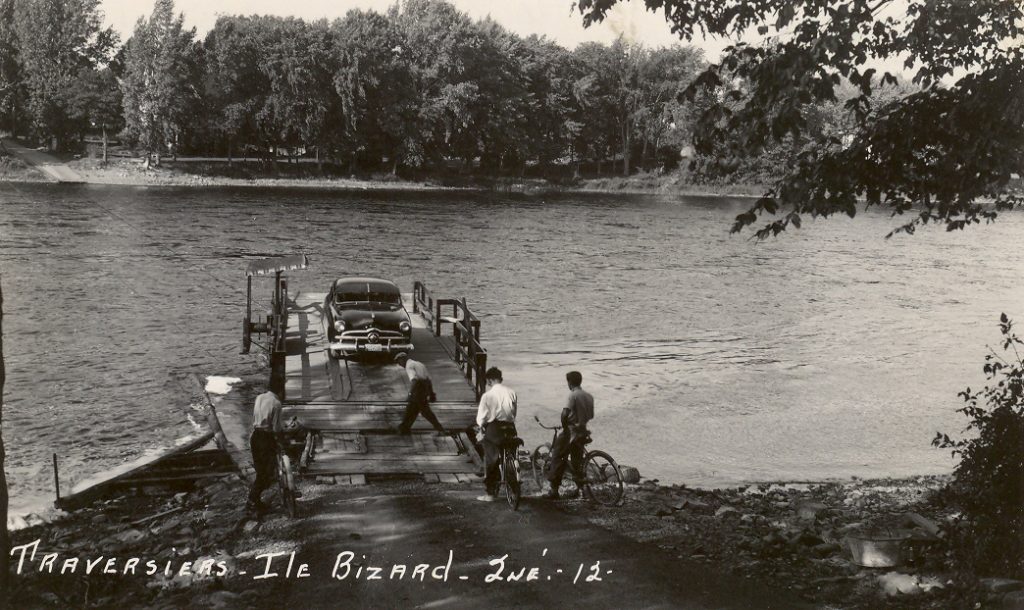 An Old Technology That has Lasted

After 1905, Sigouin’s ferry was powered by the current, guided by cables stretching from shore to shore. There were even ferries that had to be paddled! But the arrival of the engine was a game changer and the technology evolved. Bridges started to be built in the 1850s, which put most of the ferrymen out of a job. Today, there is still one ferry in operation, powered by the current, at Laval-sur-le-Lac.