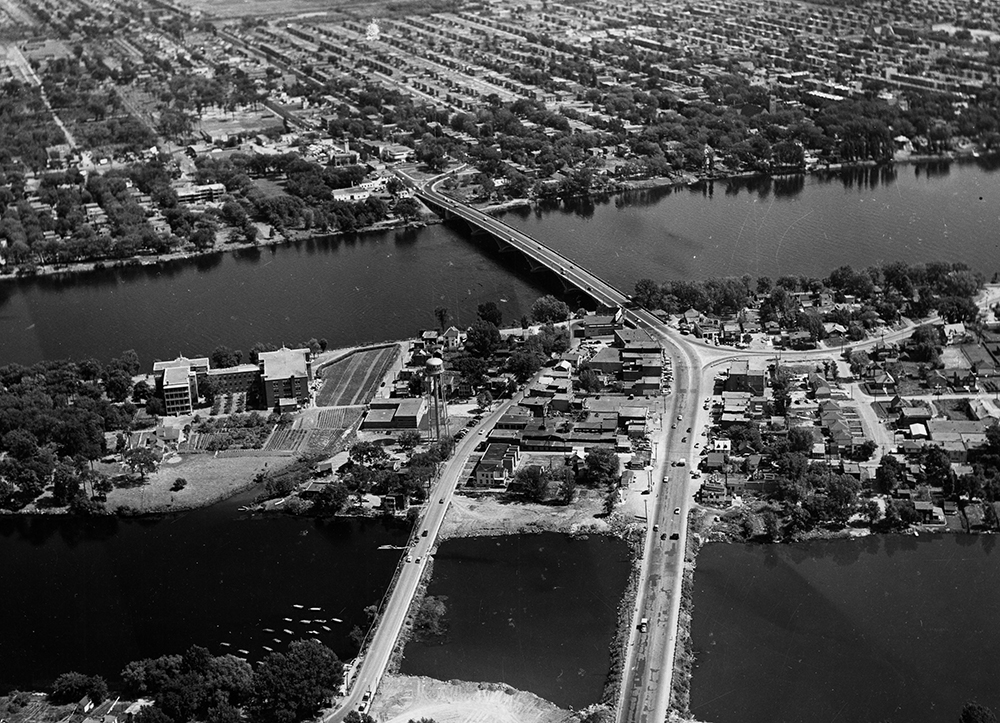 The Mille Îles and Des Prairies rivers provided tremendous opportunities. Their economic use started with the mills. They were essential for the growth of the seigneury. Without a mill, colonists would have been stuck with unmilled grain, and thus no flour. The daily bread had to be baked to feed the family!

The island’s inhabitants adapted their jobs to the characteristics of the rivers. The raftsmen, those mythical strongmen of the rivers, represented a way for communities to become more involved in the forestry industry. They guided the heavy logs to commercial ports and stopped on Île Jésus to rest and party.

Later on, the ice cutters played an important role in the local and regional economy. Family businesses were started. They were able to give work to nearly 50 men in winter.

The powerful currents of the Des Prairies River led to the construction of a hydroelectric power plant in the 1930s, which brought even more jobs to the region. Our rivers never stop bringing new workers to settle on the island!