Mythical figures of the 19th century, the raftsmen floated logs down the St. Lawrence and other rivers. First, they threw the tree trunks into the river, and then they joined them together to make rafts that could be over a kilometre long. It must have been an exhausting and dangerous job!

A lot of men were needed to guide the rafts. They used long poles. The raftsmen were kept very busy. Canada was supplying England with wood. It was unable to get it from in Europe because Napoleon had set up a blockade around the continent. Île Jésus was not a big wood producer, but it is located at the mouth of the Ottawa River, which the raftsmen travelled down. 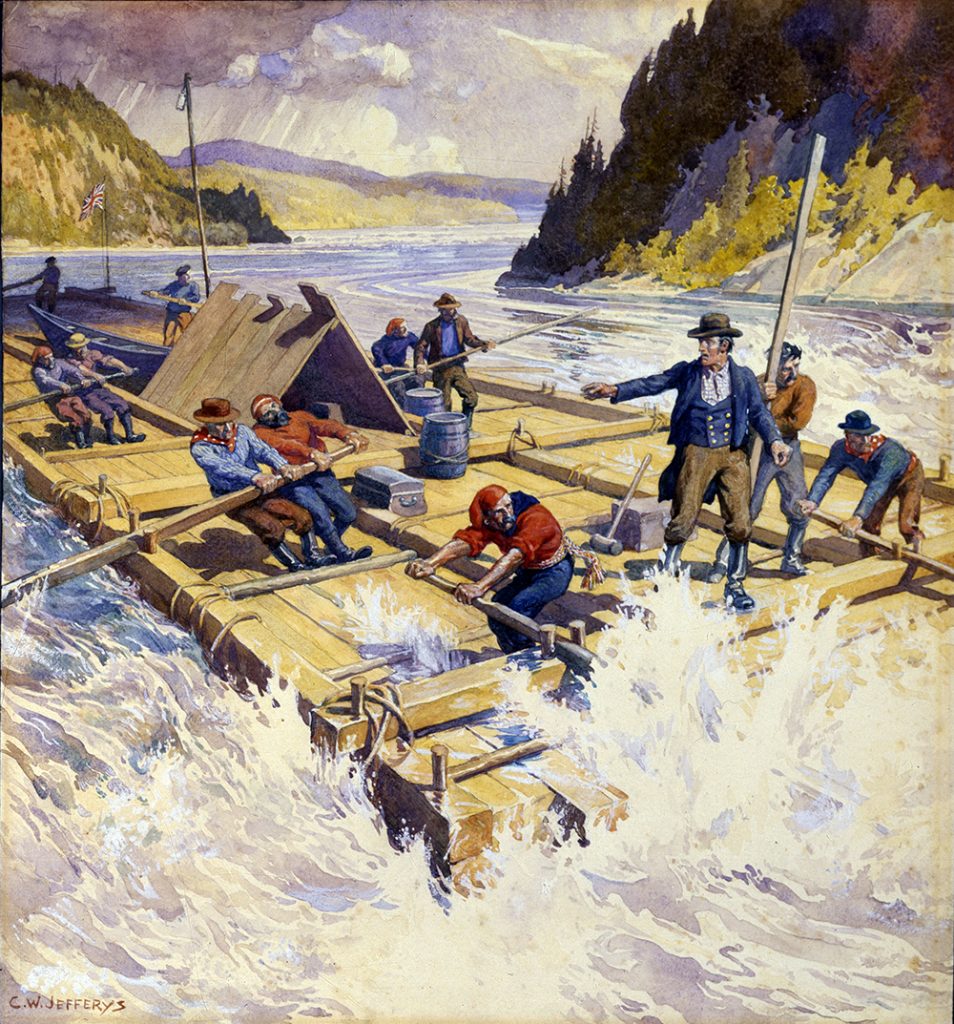 According to Abbé Froment in 1920, “The raftsmen … had to be ready to shoot the terrible and dangerous Du Crochet Rapids. They had to stop at the right spot and break up the enormous rafts that they had travelled on. That spot was where the Plouffes lived.”

That is one of the reasons why six inns, the Du Crochet Mill and its manor, as well as taverns and several shops were built at what is known as L’Abord-à-Plouffe [Plouffe’s landing]. At the time, there were a general store, a shoemaker’s shop, a blacksmith’s shop and an apothecary there.

The raftsmen led a joyful life, drinking, singing and dancing until the early hours of the morning. Have you ever heard of Jos Montferrand? A famous raftsman and strongman, he was a great defender of French Canadians and visited the taverns at L’Abord-à-Plouffe whenever he stopped on Île Jésus.

These legendary men enabled Île Jésus to develop, which brought money and prosperity.

Water Power Working for the Seigneury A Necessary but Dangerous Job