With the construction in 1876 of the Petit train du nord, a railway that ran between Montreal and the Laurentians, nearby city dwellers could cross our island or stop over. A number of inns and hotels were built to welcome these visitors around the Sainte-Rose train station. The Laval shoreline offered many water-based recreational activities. 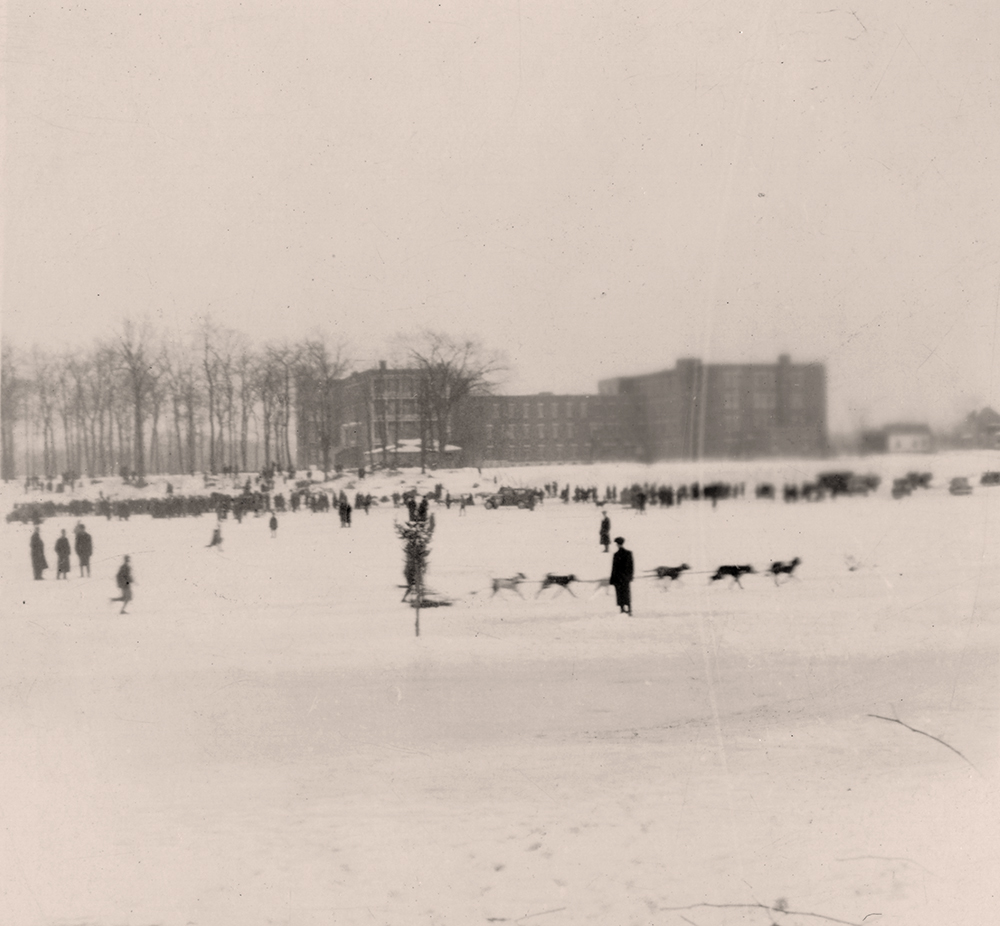 The Ste. Rose Boating Club, which was founded in 1889, provided a place for members of the local and outside elite to meet and enjoy themselves. It was not just a boating club, but a sports and social club that included tennis courts. The club also organized balls and dances for members. At the turn of the 20th century, the Club nautique des Mille-Îles organized many boat parades, banquets and even processions of the Virgin Mary on the river. The Club made a name for itself by inviting VIP guests such as Jean Lesage, then provincial minister of resources and development, and the great French-Canadian singer Fernand Gignac. 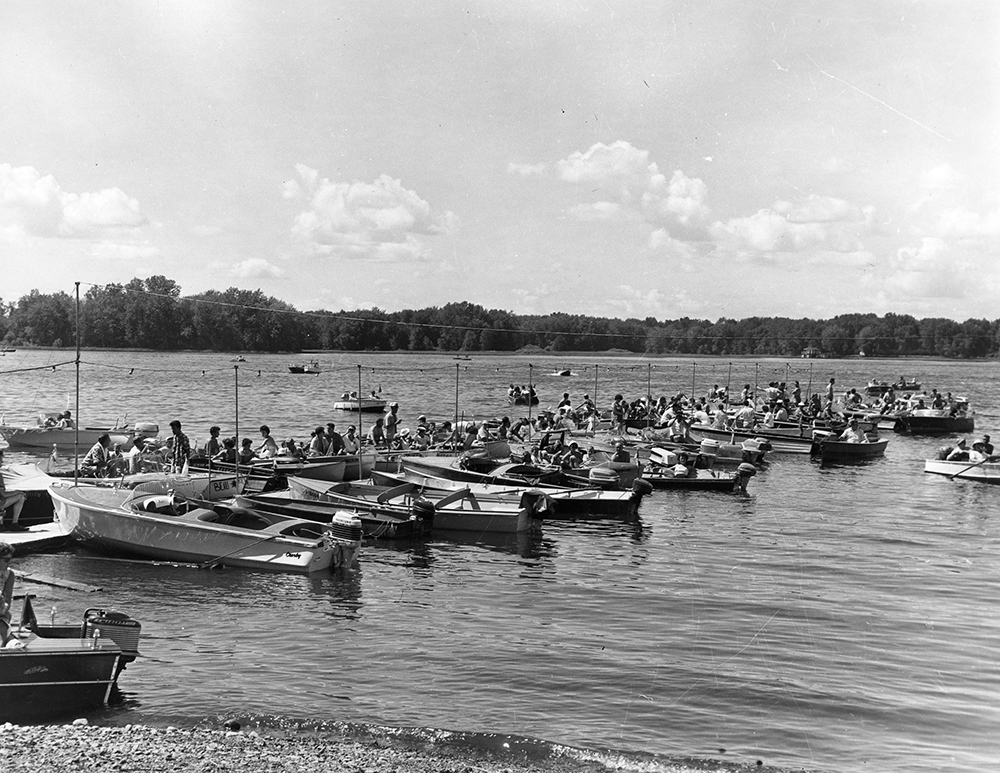 Captains, to Your Boats!

Public swimming was not always considered acceptable. In the late 19th century, people preferred privacy, generally using in bathing huts. These structures built on piles allowed people to enjoy the fresh water of the river, while their walls and roofs hid them from indiscreet glances. Around 1920, mentalities changed and people no longer felt the need to hide when swimming. Public beaches were born!

From that moment on, beaches open to everyone were found all along our shores. Several thousand residents and visitors came each summer to swim and picnic by the water.

To accommodate this temporary population, summer camps were built. These were small groups of cottages built close to tourist sites, such as beaches. Easy to access, they were sometimes built in unusual places. Some were even right in the middle of a field! 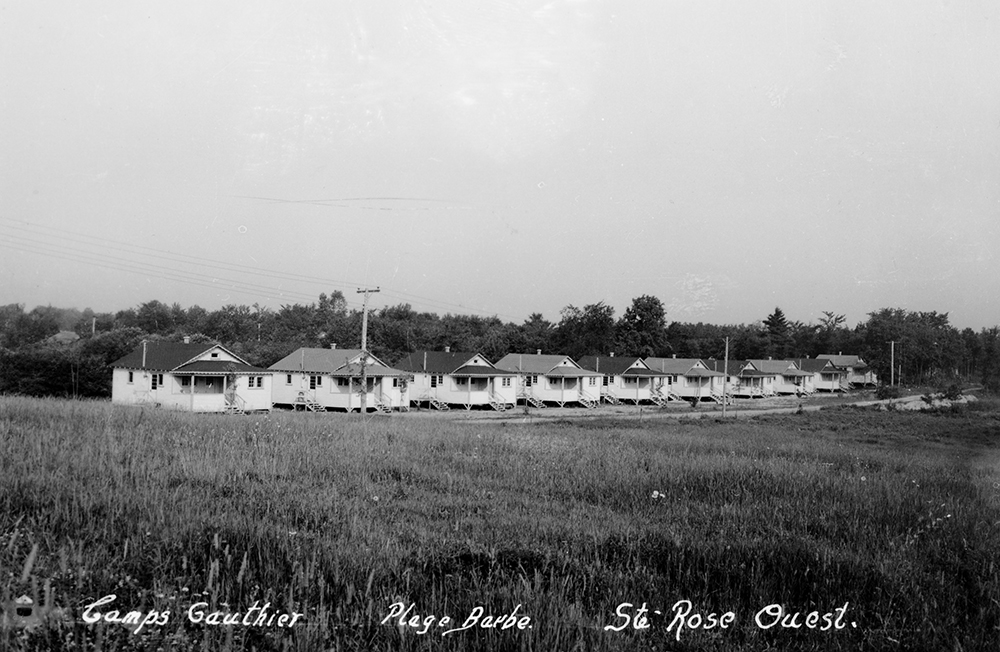