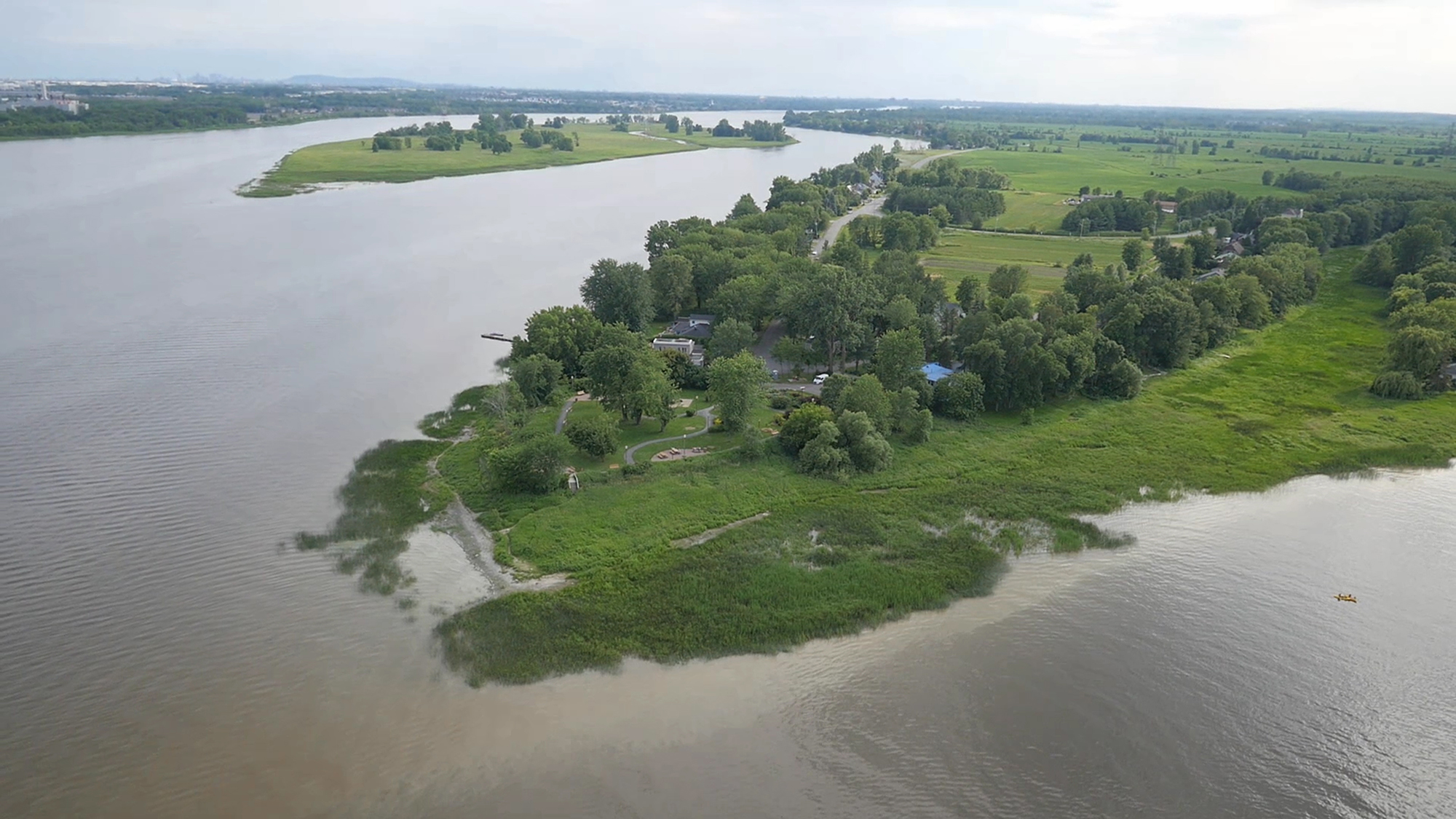 The eastern point is where Île Jésus was first colonized. Few physical traces remain, but the city has commemorated its pioneers. The park seen in the picture is named Berge Olivier-Charbonneau after one of the island’s first colonists. Originally from southwestern France, Olivier emigrated to New France with his wife and their daughter. The small family began their life on the Island of Montreal, but moved permanently to the parish of Saint-François-de-Sales towards the end of the 17th century. Some of the area is still being farmed today. There is also public space along the shoreline for people to enjoy. Fishing enthusiasts can cast a line in the hopes of catching shad, catfish, smallmouth bass and many others!