“In the Cambrian explosion we go from having a few soft bodied Pre-Cambrian fossils to bazillions of fossils.”

One of the most common and diverse species ever to swim the seven seas, trilobites haven’t been seen around Vancouver Island for hundreds of millions of years.

AN EXPLOSION OF LIFE

The Cambrian was a time of great evolutionary progress.  This was the time in which most of the different types of living things seen in the modern day first appeared.  The simple creatures that had lived on earth for billions of years were now joined by an explosion of diverse life.  There were also many strange organisms that flourished in this time.

One of the most interesting and successful life-forms were the trilobites.   The trilobites were marine arthropods.  They had distinctive hard-shelled, segmented bodies with a central lobe and two side lobes. Trilobites came in an incredible variety of shapes and sizes.  There were thousands of genera. Some were quite exotic, and looked “like alien species from another planet”.

THEIR SHELLS LEFT A RECORD 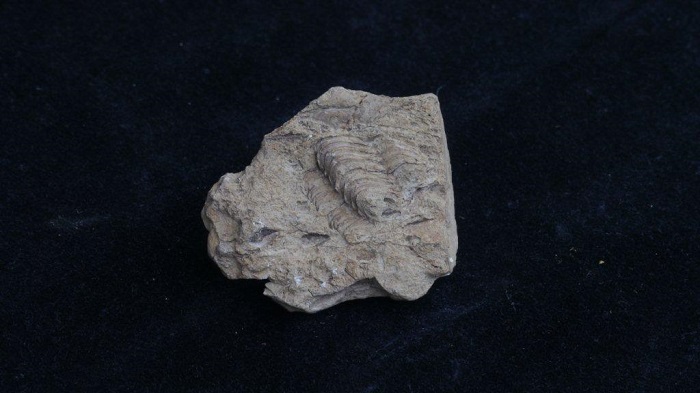 The three-lobed body of a trilobite is what gives it its name.

Like insects, trilobites would shed their shells.  The hard discarded shells were more readily fossilized than soft bodied creatures.  That is why there is a rich fossil record of trilobite abundance in the Early Cambrian to Late Permian time periods.

WHERE DID THEY GO?  “THE GREAT DYING” OF THE PERMIAN-TRIASSIC.

Even though they were diverse and plentiful, trilobites only existed for about 300 million years.   By the age of the dinosaurs they were extinct.  We are still not sure why they disappeared from the seas. Maybe they were unable to compete with more advanced life forms. Maybe they evolved into another kind of organism that survived into the present day. We may never know for sure, but they were not the only organism to disappear. During the Permian-Triassic extinction event,  almost 90% of marine organisms disappeared! This included the last few species of trilobites. 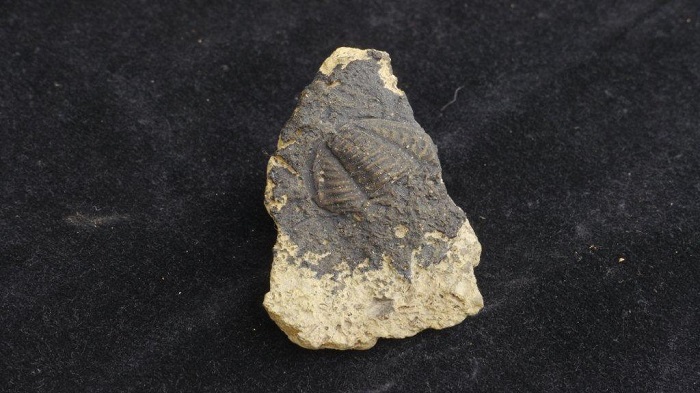 The pygidium of one of the trilobites found here on Vancouver Island.

For many years paleontologists thought that no trilobites had ever existed on Vancouver Island. The first Vancouver Island trilobites were discovered only in the 1980s, by a man named Bill Hessen.  This exciting discovery was in shale deposits located near China Creek.

It is interesting to note that the Vancouver Island trilobites (Paladin sp.) look more like trilobites found in Morocco than those found in other places in Canada.