In 1979 an adult female walrus skeleton was found in Early Wisconsin glaciomarine clay near Qualicum Beach, Vancouver Island. It is the best preserved Pleistocene walrus specimen recorded from the west coast of North America.

In May 1979 local resident Bill Waterhouse was walking on Qualicum Beach.   He had planned to find some oysters and clams for lunch, but instead was about to make an incredible discovery.  This discovery would change what we know about the Pleistocene Era. He noticed what appeared to be a bone protruding from the clay of the rocky beach. He pulled on it and unearthed what he thought could be the jaw of a sea lion.

Bill asked his daughter to take the bone to her science teacher, Mr. Graham Beard.  When she asked Graham what kind of bone it was he replied “this is not just a bone, it’s a fossil!”

BACK TO THE SITE! 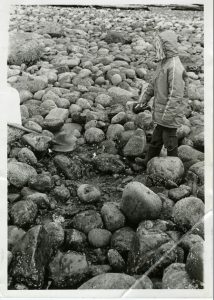 The rocky beach on which Rosie the Walrus was found.

Bill and his daughter led Graham back to the site. The journey at low tide was slow as they scrambled across the boulder strewn beach. When they began to excavate the site, they found many more fossilized bones, and gradually it dawned on them that they had found an almost complete skeleton of an Ice Age walrus. The walrus, who they named Rosie, had been buried lying on her back. Most of the fossilized bones, including a large part of the skull, were well preserved.  Over the next few weeks Beard would return several times until the excavation was completed.

THE VALUE OF TEAMWORK

On one occasion the team was joined by a man named Don MacAlister, who lived near the site. He was visually impaired, but it was he who was able to locate and identify many of the smaller bones, such as the phalanges and metacarpals.  His manual dexterity and enhanced sense of touch enabled him to unearth those smaller bones.  Without his help, they would not have been discovered. 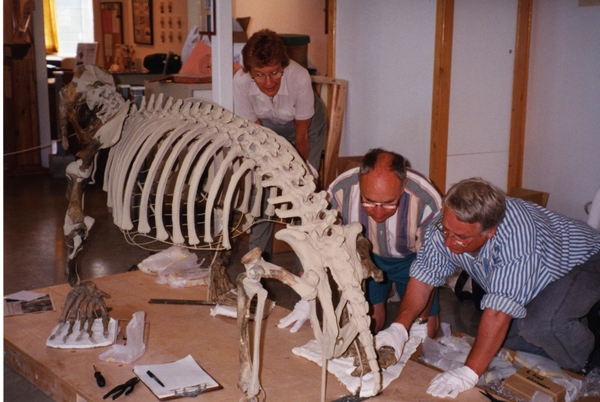 Dick Harrington, a Pleistocene paleontologist with the Canadian Museum of Nature, visited Qualicum Beach and asked Graham about the walrus.  The fossilized bones were shipped to Ottawa where experts helped to articulate Rosie by putting the bones together. They also used radiocarbon dating and stratigraphy to determine that she was 60,000 years old.  Rosie was then shipped back to the QB Museum where she was on display from 1999 to 2010.  A nationally significant find, Rosie now lives permanently in the Canadian Museum of Nature’s Ice Age exhibit. 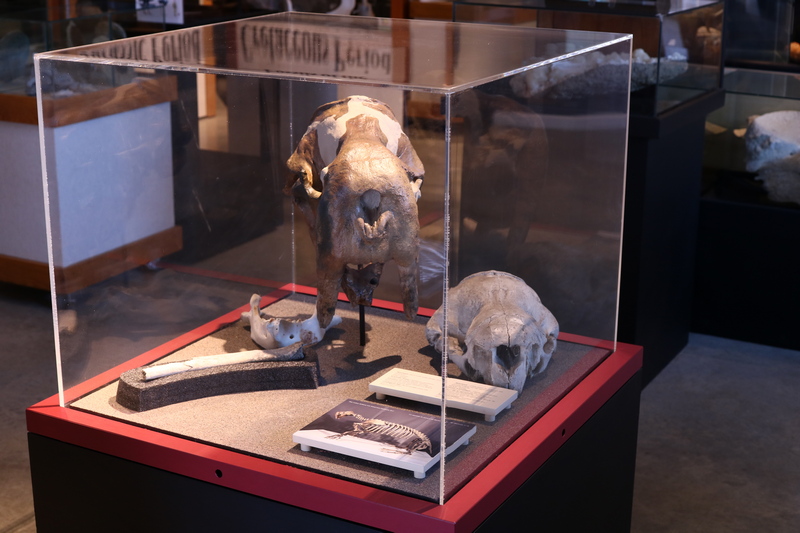 The exhibit in honour of Rosie the Walrus

The Museum of Nature returned a cast of the walrus skull and a piece of her actual rib.  These form an exhibit about her discovery in a place of honour at the Qualicum Beach Museum. New plans are underway to further develop this exhibit, including a fully realized model, diorama and interpretive panels.

Fungi– The Microscopic Giants of the Fossil World Last Words