WHAT IS A FOSSIL?

The word ‘fossil’ come from the Latin fossilis which means ‘obtained by digging’. In fact, fossils can be any traces of an organism that have been preserved in various ways. 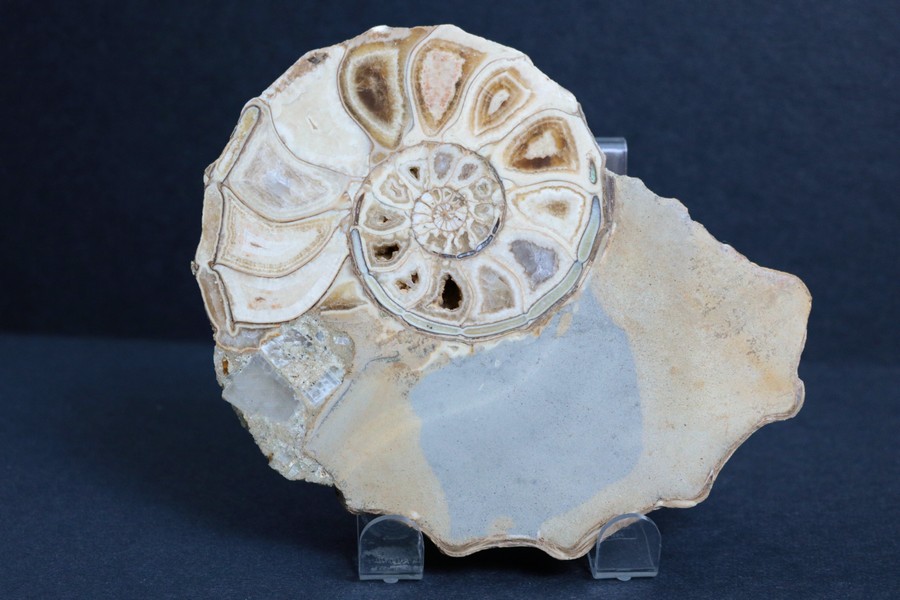 A beautiful fossilized ammonite. The chamber at the end of the spiral is where the ammonite would have lived.

We only have fossils of a small percentage of organisms that lived in the past.  This is because they had to survive a lot! Most organisms would have either rotted or been crushed before they could become fossils.  The fossils we see today also survived massive movements of the earth, called plate tectonics, that reshaped the west coast of North America.  This is why the few specimens we have today are so important.  The study of Paleontology is like putting together a jigsaw puzzle.

HOW ARE FOSSILS MADE? 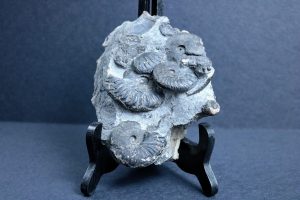 A rock containing many fossilized ammonites.

The hard parts of a living plant or animal such as bone, shell, or plant fibres can turn into fossils through long and complex processes.  There are many ways in which fossils can form.  For example, their hard parts may be replaced by minerals through a process of petrification. Another way fossils form is when the internal spaces are filled with minerals, which maintains the organism’s shape. This is called permineralization.

THE PERFECT CONDITIONS TO MAKE A FOSSIL 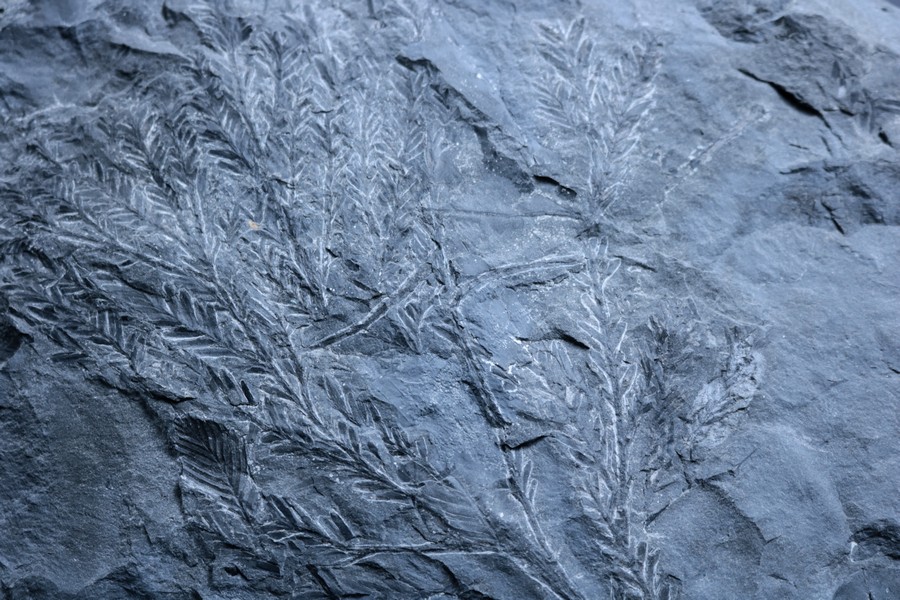 The conditions needed for an organism to fossilize are very precise.  Less than 1% of all living organisms that have existed on the planet have left a fossil record. Some of the conditions that enhance the chances of an organism becoming a fossil are:

A fossil might form by undergoing recrystallization in groundwater.

A fossil can also be just a film of carbon when heat and pressure take away all of the other substances from the organism’s body.

Lastly, a fossil cast may form when the organism dissolves entirely, leaving behind a mold that is refilled with minerals or sediments from the surrounding soil.