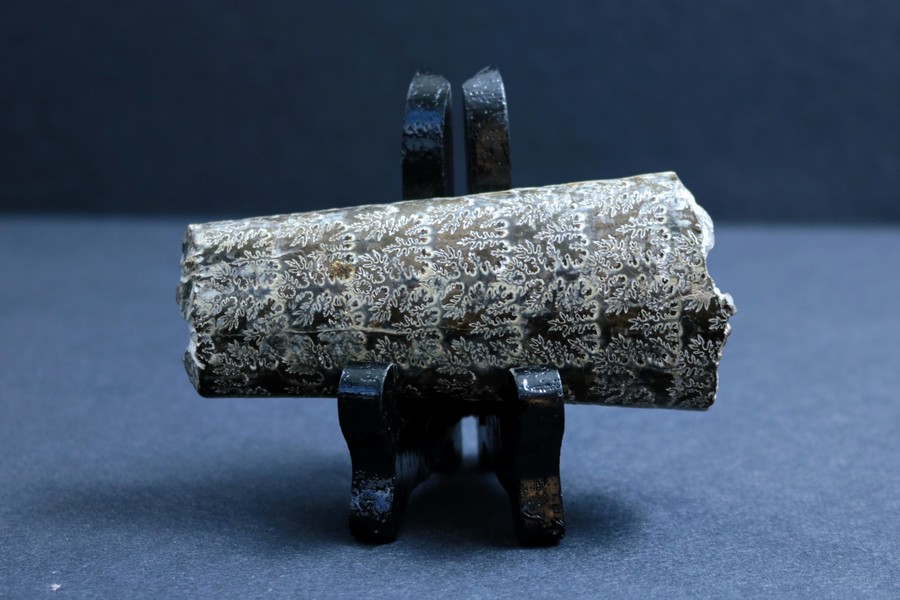 When looking at this baculite specimen, it’s hard not to notice the repeating pattern of lines that covers the surface of the fossil.

These lines form where the walls of the inner chambers of an ammonite’s shell (called septa) connect to the shell itself, and they’re called suture patterns. They’re only visible in specimens where the ammonite’s outer shell has worn away, but every ammonite has these patterns! Even today’s nautilus, a relative of the ammonite, has a variation of these patterns.