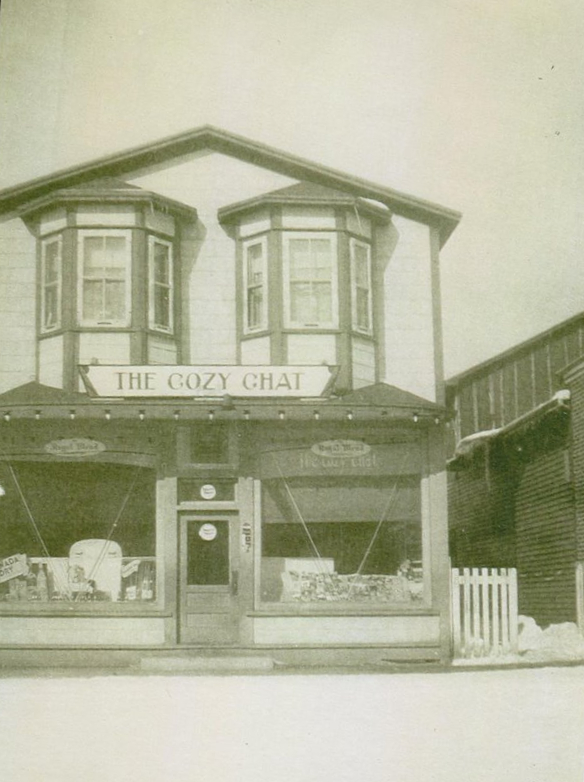 When I walked in, it was the most amazing place I had seen as a child because it looked like things I had seen in a magazine. There was lots of red and lots of black and a big long counter. The counter had round stools and the stools were on funnel shape-bases. There was a huge mirror on the back on this side and at that counter there were draw handles and I didn’t understand the draw handles I just knew they were shiney and they were beautiful. You were sitting in the booths. All the booths were on this side and they were cushioned, red and black. You’re sitting in the booths and I remember Dad hanging up his coat one day on the side of the booth. There must have been a little coat rack there or something to hang up your coat. I would be watching as they would go order and they would pull these things and make sodas for us! It would be a little silver cup, a silver funnel shape on a little stem. Right cute. Then they would put this little white cup in there that’s triangular. That went down into the little silver stand, and then they would go swoosh like that. You would hear the sound of the swooshing of the soda, they would probably plot ice cream in there. I’m not certain what went in there. I just remember the sound and the look of it, and then they would plot a straw into the top. That’s what would come to the table.