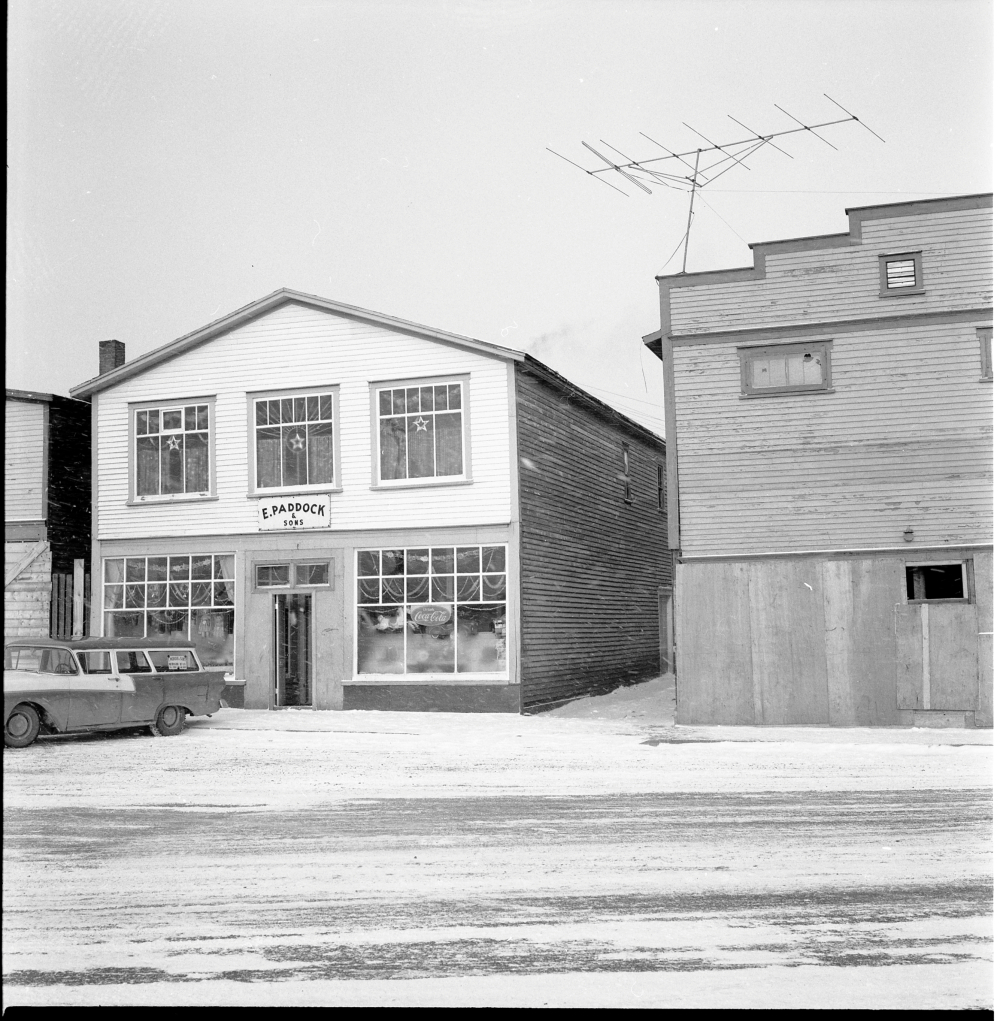 Paddock’s had a store.  There was a meat shop in the back. They had a butcher shop, and then in the front was this, I guess what you could call – not a candy store, but you know like a Marie’s Mini Mart would be now. The words elude me now but that was the place to go after school. So everybody would come in, pile in there because they had ten cents worth of rubber candy.  You would go up and say, “Can I have ten cents worth of rubber candy?”, and they would put them into little bags. Or the bubble gum, or they would have exercise books or pencils on your way to school if you didn’t have one. It has got to be the most annoying thing for the people who were serving: we would all be there, there would probably be ten or fifteen people, kids in front and we would be all there with our little coins, tapping the coins on the counter, right?  Everybody waiting to get served and they would be tapping and tapping but I don’t remember her or him getting mad whoever it was. But I do remember that was a place we used to go to get our bags of candy, 10 cents or 5 cents worth of candy.