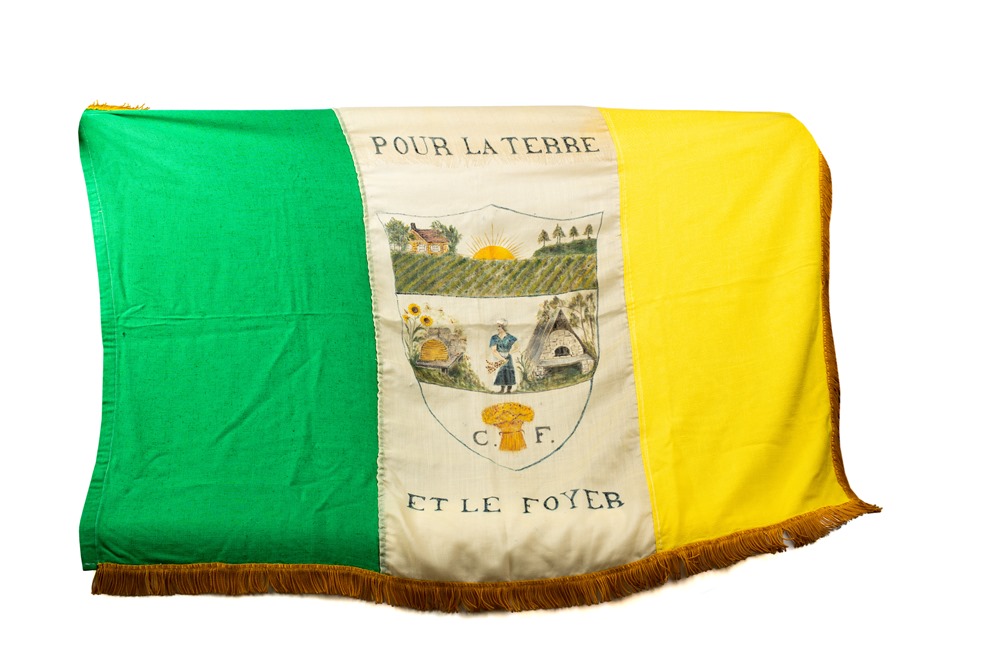 Over the course of more than a century, the Cercles de Fermières du Québec have had three different flags. Shown in the photo is their second flag, used from 1922 until the 1960s. It depicts scenes of rural life and bears the inscription “Pour la terre et le foyer” (“For land and home”), which remains the Fermières’ motto. The Cercles’ first flag, which showed a woman in the fields, is said to have been used just once. Legend has it that the second flag had very special powers. At the 1922 provincial exhibition, the new flag was adopted after a draw among the different associations present, which was won by the Cercle de Havre-Aubert from the Magdalen Islands. Soon afterward, it  blew away in a storm. As the story goes, bits of the tattered flag found their way to the four corners of the province, and where this good seed fell, new Cercles sprang up.