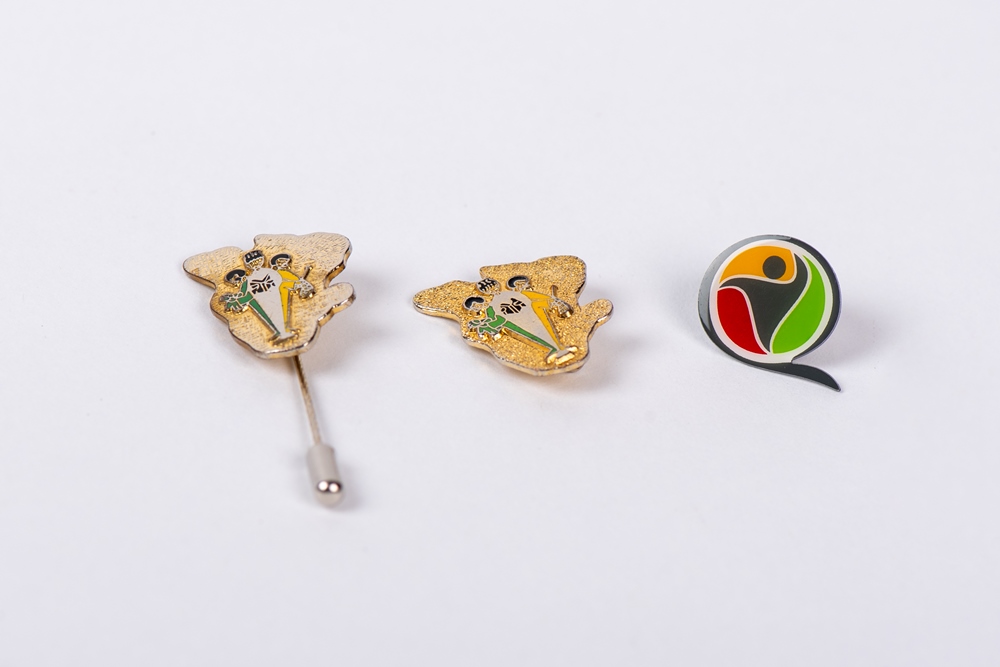 The two pins on the left bear the insignia of the Cercle de Fermières from 1965 to 2015. It shows three women with a map of Québec in the background. The first woman is holding a child, and represents women’s roles as educators, mothers and companions. The second woman is holding a book, and represents education and culture. Finally, the third woman, holding a sweater, highlights the Fermières’ creativity and the importance of maintaining traditional crafts.

On the right side of the photo is the current insignia of the Cercles. While a number of the ideas present in the first insignia have been preserved, the shape of the current version is quite different. It is both a letter Q, representing Québec, and an open circle representing the commitment of the Cercles de Fermières du Québec to be open and welcoming. In the middle, there is a woman in motion. Around her, the red is associated with education, training and personal development, and the yellow is associated with the preservation of traditional culture and crafts, and also volunteering and helping others. The green is associated with women’s roles as companions, mothers and educators. Finally, the white reflects the search for authenticity and truth.