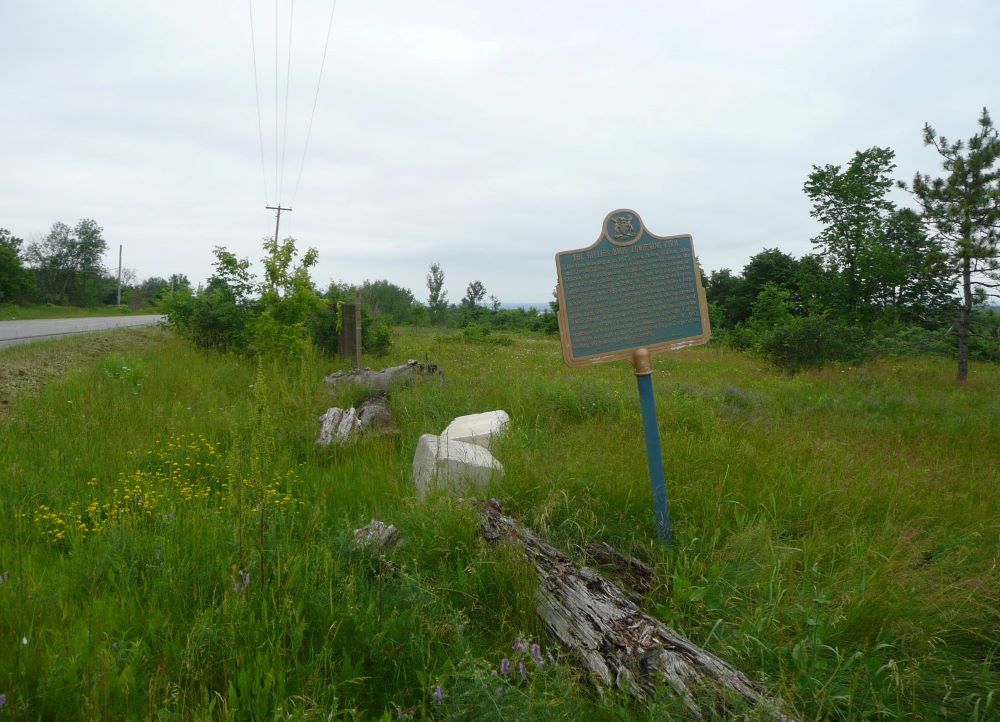 Located halfway between Red Pine Bay and the Malloch Road Cemetery, this historical plaque marks the location of the lumber mill built at Braeside by Gillies Bros.  in 1921. The plaque was unveiled by Mrs. David A. Gillies on October 13, 1978. It reads as follows:

The Gillies Bros. Lumbering Firm. This firm was begun in 1873 when James, William, John and David Gillies purchased a steam sawmill here on the Ottawa River at Braeside. Building on the experience acquired by their father, John Gillies, who had begun lumbering in Lanark County in 1842, they had established themselves by the mid-1880’s as one of the Ottawa Valley’s large lumber producers. This position was maintained partly by the involvement of succeeding generations in the management of the firm and by careful acquisition and exploitation of timber limits. In the twentieth century, despite the exhaustion of virgin pine and pressures to diversify, Gillies continued almost exclusively to manufacture pine. In 1963, the firm was sold to the Consolidated Paper Corporation, ending 90 years of family ownership. Erected by the Ontario Heritage Foundation, Ministry of Culture and Recreation.