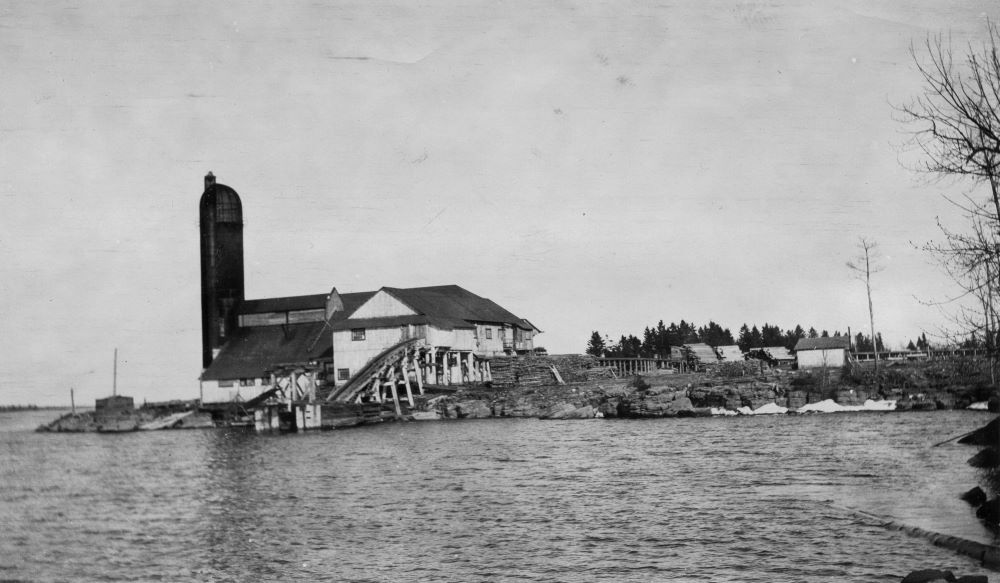 Gillies Bros. Klondike Mill circa 1900. It was located at the tip of Red Pine Bay know as Black Point and operated until the 1930’s.

The Klondike Mill was erected in 1899 to produce cedar shingles and railway ties. A 1909 newspaper article reported that the mill had the capacity to produce 150,000 ties and 35,000,000 shingles in one season. It was equipped with one circular saw and six shingle machines at that time.