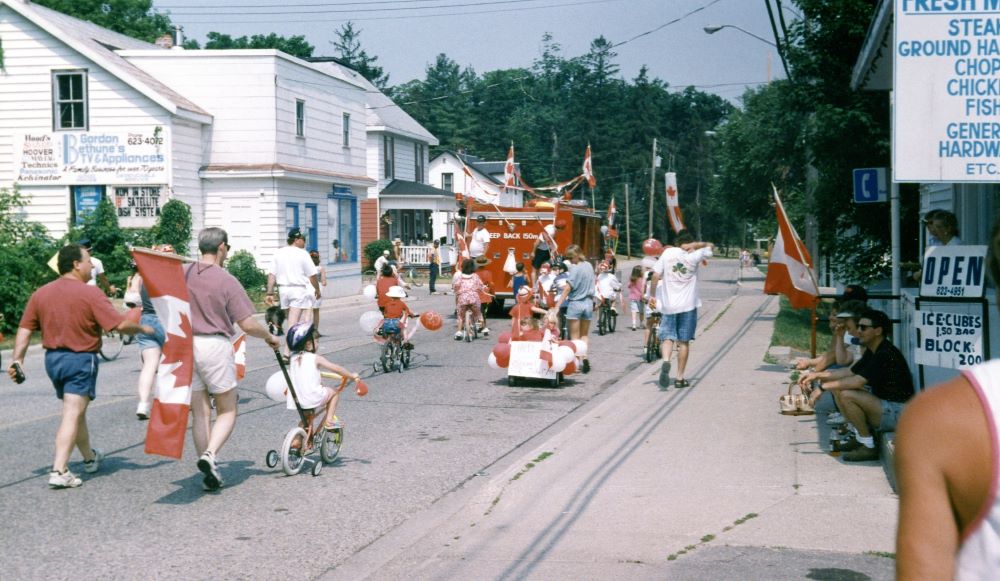 Friends and family gather for the annual Canada Day parade in Braeside, 1997.

By that time, the congregation at Our Lady of Perpetual Help was holding mass in their new church on the eastern edge of the village. It replaced the original Roman Catholic Church on the hill, which opened in 1939.