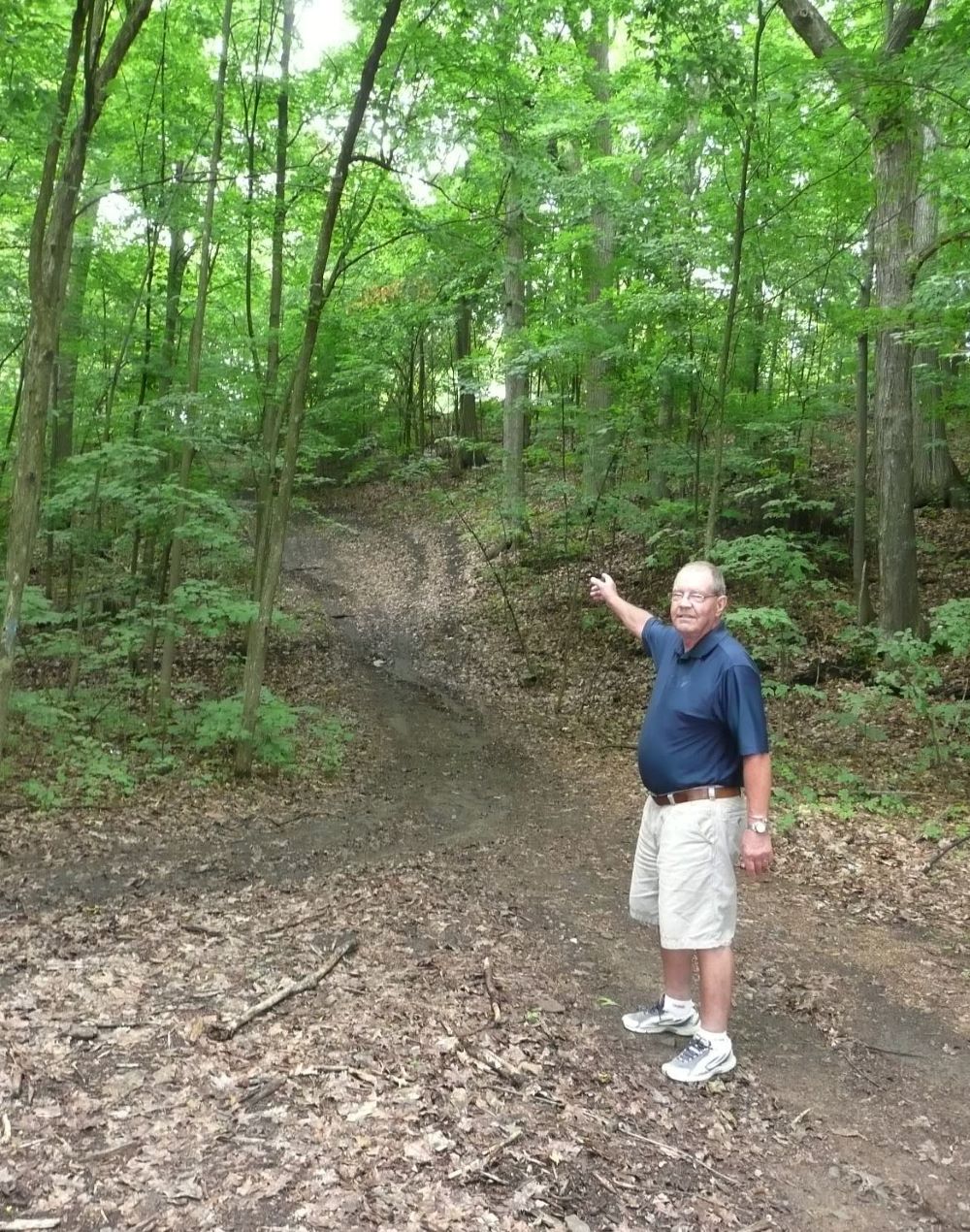 Brian Rafter points up “Stable Hill” to where weigh scales and Gillies Bros. stables were located while on a walking tour with Laurie Dougherty in 2013.

Brian Rafter (1940-2017) started working for Gillies Bros. at age 16 when he was hired by Jack Hunt in 1957. His father had told him it was time to “go over the hill”. He started work “tailing the band saw”, and went on to work the bull edger which he really enjoyed. He worked in the dry kilns for about 5 years and then took a job in Consolidated-Bathurst’s office at Portage-du-Fort. Office work did not suit Brian, so he left Gillies Bros. and took a job with the Ministry of Transportation and then Boeing in Arnprior, prior to retirement.

Brian Rafter was interviewed by archivist Laurie Dougherty in June, 2013:

BR: You see this was all boomed off. Did Gordon tell you about how they used to sort the logs out here?

LD: He talked about the Gap.

LD: Yes but I didn’t understand the process Brian, so it’s really good to review that. And Red Pine Bay got its name from the fact that there weren’t that many Red Pines harvested right?

LD: And that they were sort of set aside into this bay I guess.

BR: White Pine was the big thing, spruce, there wasn’t that much spruce and there used to be a square gap out there and everybody used to swim there. There was walks out and there were old boat houses out there too and they kept you know they called them alligators, tug boats. The last one I remember was the William Douglas.