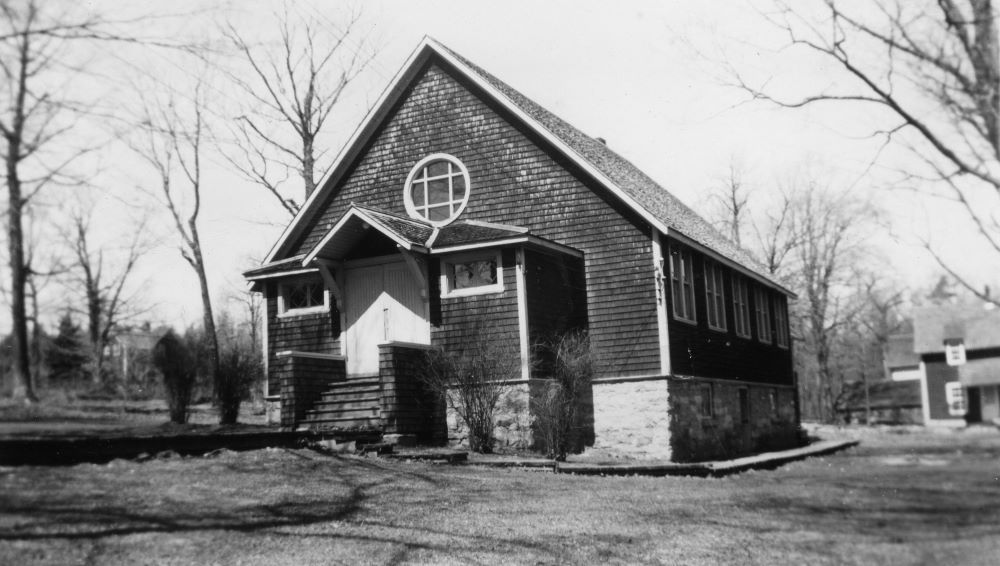 Built by the Presbyterian Congregation in 1902, this church functioned as the United Church between 1925 and 2016 when it was sold. It is now used as a private residence.

According to the Almonte Gazette of April 25 1902,

The church was built as a credit to the congregation and to the community. The Gillies family were liberal contributors, while all others gave cheerfully and generously according to their means.

Covered in cedar shingles from the Klondike mill, it was located across from the home of John Stark Gillies who was president of the building committee.  Its interior was constructed of pine from Gillies Mill.

Film nights were one of the more popular activities for the Braeside United Church Young Couple’s club, organized by Eric Burton and K. W. Alexander in the 1950’s.