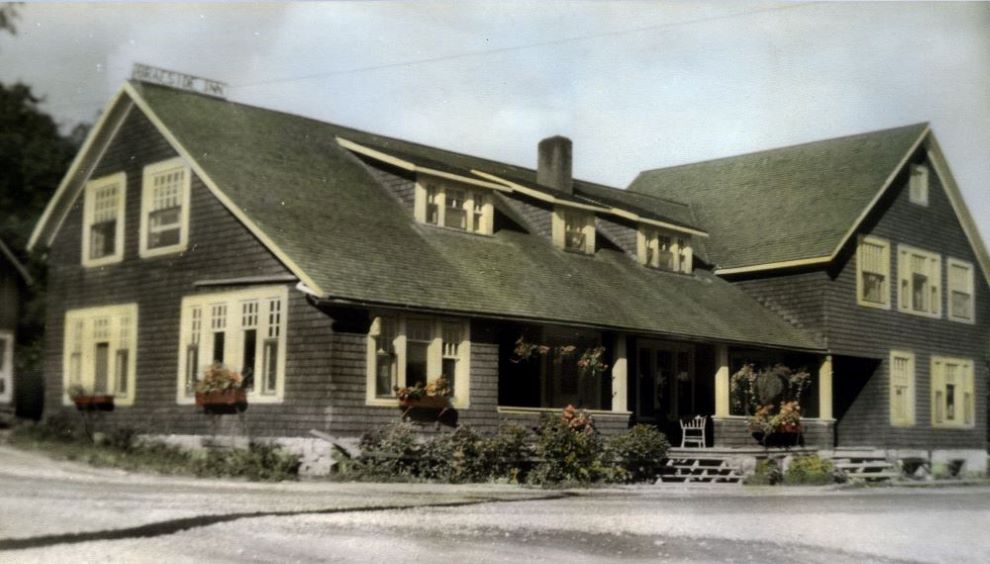 The Braeside Inn  stood at the South-West corner of Usborne Street and River Road from 1888-1969.

The Braeside Inn was built by Gillies Bros. in 1888 to provide room and board for workers who needed seasonal accommodation. When the new mill was built in 1921, workers could get their breakfast  before hopping onto the open-sided trolley car which carried them from the base of Arthur’s Hill to the mill.

The Inn expanded in sections in response to Gillies Bros. increased workforce. The western section contained a medical clinic and a small library. Administrative staff from Gillies Bros. office often ate their noon meal in the large dining room located on the main floor. It was demolished by Gerald Desjardins in March 1969.