In 2005, the Domtar Sawmill announced that it would close down its operations at its Malartic plant that very year. The economic slowdown in Malartic had reached its lowest point.

At the time, no one suspected that the city itself was resting on a gold mine…

Geologist Robert Wares believed in Malartic’s mining potential despite the fact that deposits surrounding the city were considered exhausted. Thanks to a completely new model of analysis, one of the founders of Osisko Mining Corporation became convinced that a massive low-grade gold deposit of many tons lay under the houses built in the Southern District. 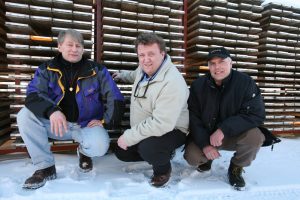 Unlike the highly concentrated gold seams sought by underground mines, Osisko hoped to discover very fine, dust-like gold. However, the precious metal would be distributed in a large volume of ore. This type of gold deposit is rather unusual in Quebec. A new company, founded in 1998, had difficulty finding people willing to invest the necessary funds to prove Wares’ theory. He met Sean Roosen and John Burzinski in 2003, both mining developers. Roosen, who was appointed President of the new company, succeeded in convincing German investors to provide the exploration funds for the project.

Drilling in the Southern District began in 2005 and continued into the following year. More than 900 km of drill core was extracted during this period. Assays confirmed the presence of 8.4 million ounces of gold. Indeed, it is one of the largest deposits in Canadian history. Surprisingly, it is located on a site where 5 million ounces of gold had been already extracted, near the time of the city’s founding nearly 80 years before! 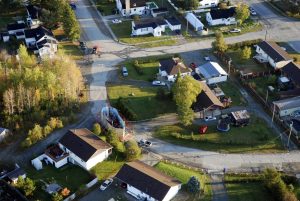 Drilling operations in the South District of Malartic in 2005.

Years 1980 to 2000: Recovery Efforts in a Fragile Economy Second Gold Rush: A Whole District to Relocate